I believe it is really this clearcut: All human beings, unless awakend from samsara are inhabited to some extent by demons, the disembodied spirits seeking a dwelling place in a human body.

You know when you meet someone, or see someone you already know, what can start off as a relaxed, no red lights interaction can suddenly and for no reason feel just off?

That the demons in them reacting to you, and yours to them.
Detoxing removes them over time, and the spiritual detox is so much easier when the body and the brain where the mind is are as parasite-free as possible, and this is why people fast. Food is the garment of death. In the west, it’s a past time, a vocation and a sport. In the east, they are lulled into ignorance of synthetic biology, nanotechnology, heavy metals, GMO effects including the rise of transhumanism, and the fact tha their diabetes and cardiac issues, varicose veins, et cetera, are all from parasites.
Djinn. Now glorified as superheroes and Disney characters and anime. 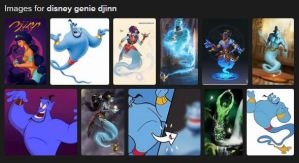 The prison of the ego keeping them from the sword of truth of The Self as Brahman is disassociation, neurosis, schizophrenia and multiple personality disorder, the identity-splitting of the human mind enabling demonic possession. Thus duality is introduded to the ongoing ‘reality series’ [sic] called life. People are either ruled by higher or lower forms of spirit.  Prion disease – zombification (FEMA has a plan for it) – is being spread through all cultures by natural flavoring food and product additives and all factory meat, especially ground or lab synthesized. https://eatingtoascend.com/tag/soylent/

CERN opened portals for more entities since we have so many more because of the fibers, synthetic biology and GMOs, Lyme and Morgellons, and all the parasites. Demons are not external and unseen. We are surrounded by them, and I see them in almost everyone. They entice and say smooth words and act like friends or foe in all the ways of this world. Their cellphones, Facebook, WhatsApp and all apps and social media on SMART devices – including watches – are deathgrids for them, courtesy of the matrix. Why, they’re just keeping in touch with their friends! No, it’s soultrapping. Their jars are full of ignorance and they have slowly, slowly been boiled as frogs.

People are targeted by these demonic entities working in the alphabet agencies and corporations with their ad nauseum-discussed symbology (I studied this in the 80’s and 90’s in college, not as a recent/self-described ‘woke’ person) for the devil – all of this existence is a holy war – and traps are laid daily. Most are sweet-smelling diversions in the garden of each day, sometimes these traps are obvious, but rarely, as then they could be avoided! That’s not how deception works. We mistake the rope for the snake.

I have realized this is why people take the path of silence – vipassana and brahmanchari – renunciation – and stay with their guru. Guruji Ramana Maharshi was a silent emanation of Grace, and all who were with him in silence were enlightened.

The object of vipassana practice is to learn to see the truths of impermanence, unsatisfactoriness, and the selflessness of phenomena.

At no time more than now has this been necessary. The conditioning via every sense and sheath and syntax is so vast and interconnected that it can no longer be explained. One’s DNA is synonymous with karma and is how the spheres of conciousness work in what the 3D beings we are quantify as “dimensions”, which in definition are still time dependent. Our karmic journey, THE SOULSHAPING LAW will free will process of life, is the effect upon light information within the cells being transformed by the vibrational states, and why yoga works. It defeats death. In Hindi this is called mrityunjaya: liberation from death.

The Christ Jesus studied yoga with the masters in the Himalayas of India and the east’s holy lands, and taught meditation to his disciples after He lived during those erroneously labelled ‘lost years’ from age 12 to 33. Through release from the cymatic, cellular mind illusion called Maya, Jesus Christ (Yeshua, Isha) offered rebirth through release from the body, and ascension: all of this is recorded in the Essene Gospels that were hidden from humanity.

“Now we come to the vital body of prana, which is the life breath with the five organs of action. The afrementioned sheath of food enters upon its course of activity when filled with this vital force. It is nothing but a modification of air. And like air, it enters into the body and comes out of it. It does not know its own desires and antipathies, or those of others. It is eternally dependent on the self. Therefore the vital body cannot be the self. The mental sheath is the mind with its organs of knowledge. This is the cause of the wrong concept of the self as I and mind. It is very powerful, being endowed with a diversity of thoughtforms [my note: parasitic demons], beginning with the I thought, [This author @eatingtoascend has been contemplating the last few months why babies cry and toddlers experience the “terrible twos” with temper tantrums, and this is likely why] it fills and pervades the vital sheath and the ever-blazing fire of the mental sheath is consuming this whole world lit by the five sense organs as sacrificial priests [the genesis of Ba’al] fed by sense objects as the fuel, and kept ablaze by the latent tendencies. There is no ignorance apart from the mind. It is the cause of the bondage of birth and death.” – Vivekchudamani Part 2 – Shankaracharya – Ramana Maharshi – Advaita

The word medication was [witch]crafted from meditation, and that is sorcery. The west has its Food and Drug Administration: why are they one entity even? #PHARMAKEIA We live in a world of illusion, no matter how sweet it seems. There are two sides and there’s no soft middle ground. Disinformation agents masked as content creators I have previously referenced abound, and I doubt most of them even know that they are mind controlled. I am really looking forward to meeting Moojibaba.(He turned out to be a cult leader – LRLB)