The ESSENE GOSPELS OF PEACE: The Health Truth Hidden From Humanity 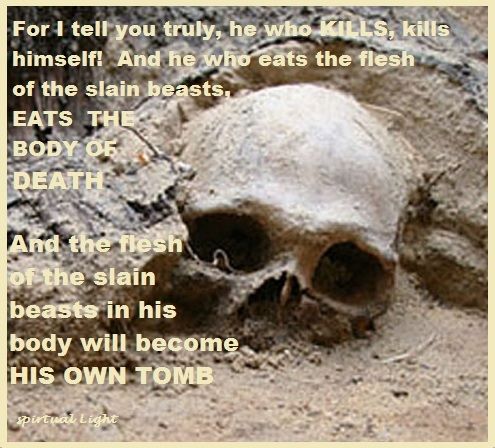 Edmond Bordeaux Szekely (1905-1979) was a Hungarian philologist/linguist, philosopher, psychologist and natural living enthusiast. During the 1920’s while researching another topic, Szekely found the Essene Gospels texts hidden within the vaults of the Vatican library collection.  He translated it from manuscripts held in the library of Monte Cassino, along with two other Essene gospels which were found hidden in there. The copies in the catholic church’s collection in Rome were identical to copies found in the Dead Sea Scrolls discovered in 1948, confirming the conspiracy to keep this most vital information for the human race hidden. The Essene Gospel of Peace, which he translated from the original Hebrew and Aramaic texts, gives light upon the fact that disease, aging and death could have been prevented in humanity from the beginning of time.

The copies in the catholic church’s collection in Rome were identical to copies found in the Dead Sea Scrolls discovered in 1948, confirming the conspiracy to keep this most vital information for the human race hidden.

Such is the nature of the beast we are dealing with. Inform yourself from this truth the Christ took human form to come and share with humanity the true path to enlightenment, the way home to our immortal form and divine beings of light.

Excerpt from the full text, which follows:

“For I tell you truly, evils and dangers innumerable lie in wait for the Sons of Men. Beelzebub, the prince of all devils, the source of every evil, lies in wait in the body of all the Sons of Men. He is death, the lord of every plague, and taking upon him a pleasing raiment, he tempts and entices the Sons of Men. Riches does he promise, and power, and splendid palaces, and garments of gold and silver, and a multitude of servants, all these; he promises renown and glory, fornication and lustfulness, gluttony and wine-bibbing, riotous living, and slothfulness and idle days. And he entices every one by that to which their heart is most inclined. And in the day that the Sons of Men have already become the slaves of all these vanities and abominations, then in payment thereof he snatches from the Sons of Men all those things which the Earthly Mother gave them so abundantly. He takes from them their breath, their blood, their bone, their flesh, their bowels, their eyes and their ears. And the breath of the Son of Man becomes short and stifled, full of pain and evil-smelling, like the breath of unclean beasts. And his blood becomes thick and evil-smelling, like the water of the swamps; it clots and blackens, like the night of death. And his bone becomes hard and knotted; it melts away within and breaks asunder, as a stone falling down upon a rock. And his flesh waxes fat and watery; it rots and putrefies, with scabs and boils that are an abomination.

And his bowels become full with abominable filthiness, with oozing streams of decay; and multitudes of abominable worms have their habitation there. And his eyes grow dim, till dark night enshrouds them, and his ears become stopped, like the silence of the grave. And last of all shall the erring Son of Man lose life. For he kept not the laws of his Mother, and added sin to sin. Therefore, are taken from him all the gifts of the Earthly Mother: breath, blood, bone, flesh, bowels, eyes and ears, and after all else, life, with which the Earthly Mother crowned his body.

Seek, therefore, a large trailing gourd, having a stalk the length of a man; take out its inwards and fill it with water from the river which the sun has warmed. Hang it upon the branch of a tree, and kneel upon the ground before the angel of water, and suffer the end of the stalk of the trailing gourd to enter your hinder parts, that the water may flow through all your bowels. Afterwards rest kneeling on the ground before the angel of water and pray to the living God that he will forgive you all your past sins, and pray the angel of water that he will free your body from every uncleanness and disease. Then let the water run out from your body, that it may carry away from within it all the unclean  and evil-smelling things of Satan. And you shall see with your eyes and smell with your nose all the abominations, and uncleannesses which defiled the temple of your body; even all the sins which abode in your body, tormenting you with all manner of pains. I tell you truly, baptism with water frees you from all of these. Renew your baptizing with water on every day of your fast, till the day when you see that the water which flows out of you is as pure as the river’s foam. Then betake your body to the coursing river, and there in the arms of the angel of water render thanks to the living God that he has freed you from your sins. And this holy baptizing by the angel of water is: Rebirth unto the new life. For your eyes shall henceforth see, and your ears shall hear. Sin no more, therefore, after your baptism, that the angels of air and of water may eternally abide in you and serve you evermore.

The above is the shocking excerpt about the ropeworm, the serpent in the gut, from the original Hebrew and Aramaic texts, intentionally deleted from the canonized bible, the soul-saving knowledge Christ the Messiah brought to humanity.

“The content of the Essene Gospels of Peace represents only about a third of the complete manuscripts which exist in Aramaic in the Secret Archives of the Vatican and in old Slavonic in the Royal Archives of the Habsburgs (now the property of the Austrian Government). We owe the existence of these two versions to the Nestorian priests who, under pressure of the advancing hordes of Genghis Khan, were forced to flee from the East towards the West, bearing all their ancient scriptures and ikons with them. The ancient Aramaic texts date from the 3rd century after Christ, while the old Slavonic version is a literal translation of the former. Exactly how the texts traveled from Palestine to the interior of Asia into the hands of the Nestorian priests, archeologists are not yet able to reconstruct for us. We have nothing to add to this text. It speaks for itself. The reader who studies the pages that follow with concentration, will feel the eternal vitality and powerful evidence of these profound truths which mankind needs today more urgently than ever before.”

The original Hebrew and Aramaic texts, intentionally omitted from the canonized bible.

Should you wish to order the physical, bound book The Essene Gospel of Peace, here are all four parts in one volume on Amazon.

Below are links to purchase the four books of The Essene Gospel of Peace on Kindle (not available as one volume electronically, that I know of):

The Essene Gospel of Peace – Book One: Lost Scrolls of the Essene Brotherhood, Kindle Edition

The Essene Gospel of Peace – Book Two: The Unknown Books of The Essenes, Kindle Edition

The Essene Gospel of Peace – Book Four: The Teachings of the Elect, Kindle Edition

As an Amazon Associate, I earn from qualifying purchases; above are affiliate program links.
All earnings go toward defraying the costs of creating, operating and maintaining of this blog, and your purchase through these links helps bring light to others.  Thank you.