“There is no virtue in burdening the future with the conclusions of today. To prophesy is to restrict NOT the will of heaven, but the mind of man.” – Manly P. Hall, 33rd Degree Freemason, Mystery School Satanist, Theosophist, NWO fomenter
And such is the basis upon which the agents of Satan craft narratives. 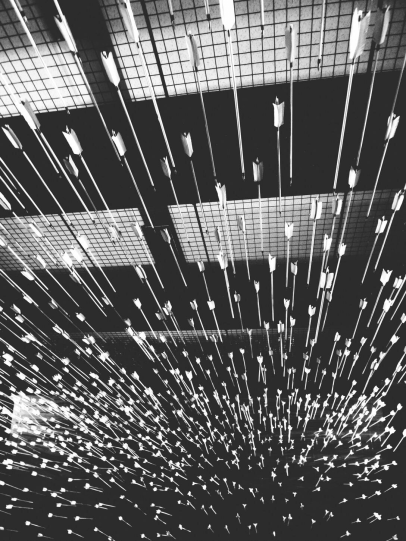 “And ye shall be hated of all men for my name’s sake.” –Luke 21:17 Born-again believers (Christians) will be openly hated and hunted down–and KILLED–during the last days. It has been declared to be so in God’s Word, so it is TRUE. “Then shall they deliver you up to be afflicted, and shall kill you: and ye shall be hated of all nations for my name’s sake.” –Matthew 24:9 All those who profess Jesus will be TARGETS. Which is why so many of the church folk will turn their backs on Jesus at the first sign of big trouble and follow after the dragon (Satan) and his beasts. “I had to! They were going to KILL me! God surely doesn’t want me to die like that!” “And they worshipped the dragon which gave power unto the beast: and they worshipped the beast, saying, Who is like unto the beast? who is able to make war with him? And all that dwell upon the earth shall worship him, whose names are not written in the book of life of the Lamb slain from the foundation of the world.” –Revelation 13:4,8 IF the reader can remember back to the days, months and years after September 11, the American government/media waged a relentless war of words against ALL Muslims. Americans were expected to HATE the Muslim.  As one church leader put it several years ago: “I don’t think I’m wrong to say we’d be better off if they all disappeared for some reason.”    (Or words to that effect.) Americans were carefully taught by the massive propaganda/indoctrination machine they call the “news” to HATE the Muslims, who were portrayed as sub-humans and worthy of American hatred. What most Americans could not have known was that they were being taught to hate a particular group for BASICALLY their religion. But Satan does not care about Muslims: they are already part of his network of false religions.  Satan was more interested in training Americans to HATE. It’s a small thing–once a nation learns to HATE–to transfer those feelings to another group which is later targeted for similar reasons. Therefore, Christians are the ULTIMATE end times TARGET, not Muslims. MORE: END TIMES DECEPTION: Muslims Are Not the Ultimate Target. Christians Are.

This was all brought to mind lately by an email received. Why creationism bears all the hallmarks of a conspiracy theory – (h/t: JK)

Many people around the world looked on aghast as they witnessed the harm done by conspiracy theories such as QAnon and the myth of the stolen US election that led to the attack on the US Capitol Building on January 6. Yet while these ideas will no doubt fade in time, there is arguably a much more enduring conspiracy theory that also pervades America in the form of young Earth creationism. And it’s one that we cannot ignore because it is dangerously opposed to science.

Calling God’s Word a “conspiracy theory” most likely pleased Satan’s minions–especially those who pose as Christians–to no end. As did holding up science as some sort of infallible, impartial arbiter of knowledge–instead of it being the cleaned-up face of an ancient, pagan religion which ascends in the end times before crashing to earth and burning to an unremarkable, unmourned cinder. However, such stories as the linked one are published by Satan’s Mouthpiece (the Corporate Media) to promote fear among the church folk, so this is only the beginning.  The stage has been carefully set over the past twenty or so years.  The reader may expect much more–and much worse. And the poor church folk will not be very well prepared to handle that which the Bible says shall come to pass. Many have preferred to listen to flesh-soothing tales of the pre-tribulation rapture, where those who are too frightened to stand up for Jesus Christ will supposedly be whisked off to heaven before any unpleasantness begins.  The job of witnessing for Jesus will therefore be left to the “losers” (REAL Christians) who have been Left Behind. In reality, there is NO “pre-tribulation rapture” (as it is told in the churches.  There may be a great disappearance of church folk but this is NOT the ‘gathering together.’), so the church folk will be left to their own devices during the last days. The GREAT MAJORITY will be found lacking. While the mis-prepared church folk will be frightened by the onslaught of events which God’s Word says must come to pass, the true believer knows it is his time to stand up for Jesus. AND while the internal pressure of tribulation will be nearly overwhelming, the concern that he will not fulfill his chance to confess Jesus before last days men will prove greater. “Whosoever therefore shall confess me before men, him will I confess also before my Father which is in heaven. But whosoever shall deny me before men, him will I also deny before my Father which is in heaven.” –Matthew 10:32-33 And make NO mistake: Satan’s workers of iniquity HATE Jesus Christ–and by extension, they also hate Jesus’ Father in heaven, regardless of what some may claim. “Who is a liar but he that denieth that Jesus is the Christ? He is antichrist, that denieth the Father and the Son.” –1JOHN 2:23 As Jesus Himself once put it “He that hateth me hateth my Father also.” –John 15:23 The true Christian has only faint hopes of surviving the last days–but SOME do. And whether his earthly body survives or not, it is all good. And so, Christians will be the ULTIMATE TARGET of the last days. “And ye shall be hated of all men for my name’s sake: but he that shall endure unto the end, the same shall be saved.” –Mark 13:13 And the pretenders–who have lived comfortably enough for years–will be called upon to make a decision: their continued comfort–to which they have grown greatly attached–and survival OR Jesus Christ. PRACTICALLY ALL of them will fail–but prayers might be made in their behalf; that God–in His great and everlasting mercy–will hold their hands and give them the strength they never knew they had to stand up and witness for Jesus when it counts most. One of the PRIMARY reasons for God setting up the end times the way he has is to find a people for Him to be a God to.  This requires putting man to the ultimate test: your life or His Son, Jesus.  Which will it be? Prayers will be made that the reader makes the right choice when the time comes. MORE: Persecution of the Saints: The Fear and the Pit and the Snare DOES the reader believe all of the stories he has been told about what happens in the last days? It is not YET too late: there is still time to change direction (repent), place your faith (hope) for the future entirely on Jesus Christ and enter the kingdom of heaven. DOES the reader believe he is saved? Make Your Calling and Election Sure: End Times Survival DOES the reader believe he is NOT saved? Time is Running Out: Today is the Day of Salvation

In September 2019 I was banned from Instagram, and in October 2020 banned on Twitter, so please share my posts there if you can!
And if you benefit from my work here, please donate on PATREON at https://patreon.com/TheAscensionDiet or on PayPal to eatingtoascend@protonmail.com
I do really need your support, now more than ever in this tribulation! For how to make a cash donation please contact me at: eatingtoascend@protonmail.com. I also accept donations of gold and silver, of any size or amount. No digital currency, please: that is against the Laws of the Most High God for reasons explained throughout this blog.

As an Amazon Affiliate, a small percentage of qualifying purchases go directly to supporting this website’s ministry.