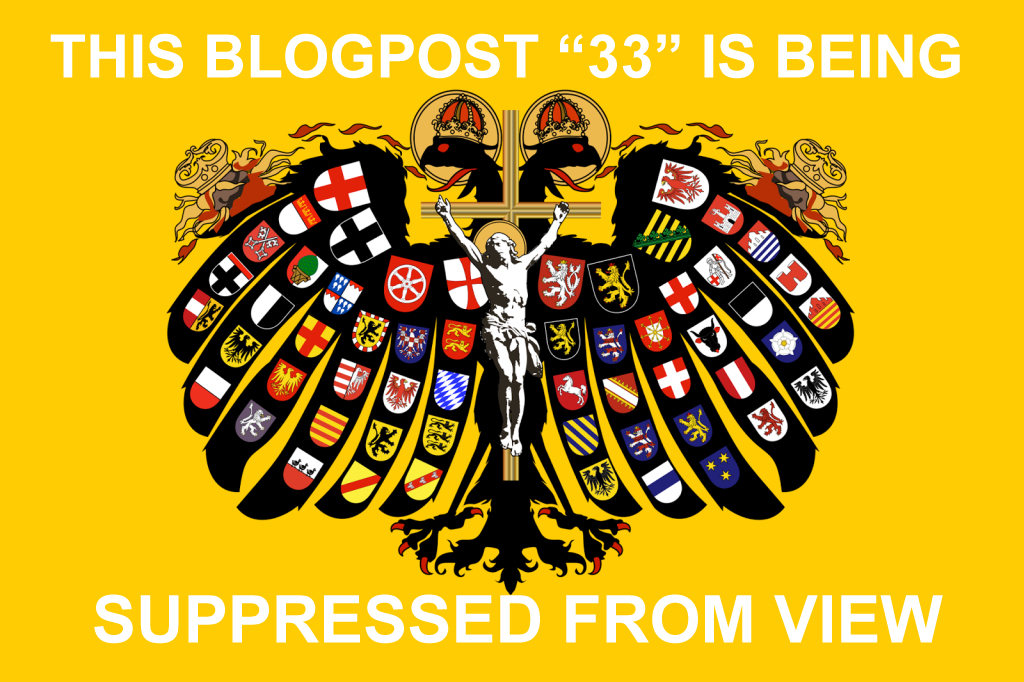 In Lucifer’s black magick cymatic schema, the use of the number 33 is an attempted alchemical inversion of the number of years the MOST HIGH CREATOR OF CREATING, LIGHT, MATTER and ALL CREATION ITSELF walked the earth in the body of a man named Jesus Christ, Yeshua Ha’Amashiach, the MESSIAH to deliver earth from the viral stranglehold of parasites, pain, trauma, scarcity, slavery, sickness and death of the archons, as I revealed to readers here in this article on September 17, 2018 (yes, over three years ago) called THE EXTRATERRESTRIAL PARASITE DECEPTION AND THE FRAUD CALLED DISEASE https://eatingtoascend.com/2018/09/17/parasites-and-the-fraud-called-disease/

ticks are archons which grow – from nothing – in a vacuum through which electric current charges. Evil personified as innumerable demons tracing back to the cosmic error we know as Lucifer, whom was orignally called Yaldabaoth and whom Jesus Christ called Nebro, which means “rebel”, and the root word of Nibiru, who struck his mother in half with a club and whose asteroid detritus NASA’s liars pretend to be “smacking” with their DART rocket “millions of miles away”. First they invite the deceived world audience to watch it, and in their next article say they don’t know when that will be.. BECAUSE IT’S ALL LIES.
SpaceX will launch NASA’s DART mission to smack an atseroid and you can watch it live
then
Dart Timeline: What’s next for NASA’s asteroid-smacking mission after launch

The Meaning of Numbers: The Number 33
The meaning of the number 33 is connected to certain promises made by God. The 33rd time Noah’s name is used in Scripture is when God makes a special covenant or promise with him. The Eternal promises to not destroy the entire world again with a flood and seals His pledge with the sign of the rainbow (Genesis 9:12 – 16). The 33rd time Abraham’s name is used in the Bible is when Isaac, the child of promise, is born to him when he is ninety-nine years old (Genesis 21:1 – 2). Thirty-three also derives some of its meaning from the total number of times ‘three’ or ‘third’ is used in the book of Revelation. It can represent, because it is the product of 3 times 11, God’s judgment. Thus, Revelation illustrates God’s complete, final judgment of the world, which is ultimately accomplished in the final three-and-one-half year (1,260 days) period leading up to the Second Coming of Jesus Christ.

Numbers mean everything, which is why scripture is encoded in GEMATRIA. Here’s a fact: the MODERNA Corporation, which was begun in 2004 with (pseudo) science grant money to make a chemical injection to re-write the human genetic code in the thin – so thin – that after the EXTINCTION LEVEL EVENT that they know is coming, the SINGULARITY event – our earth’s final, cleansing brought about as the electromagnetic force of earth’s TORUS is overcome by the force of GOD’S INCOMING SYSTEM, which is shaped like the water molecule in every biological cell (and is the reason for baptism by water symbolically, and why water and blood both flowed from Christ’s side when the Roman soldier Longinus thrust his spear into the Messiah to determine if He was dead instead of breaking His legs, as they normally did to their crucified victims, fulfilling scriptural prophecy  “He keepeth all His bones: not one of them is broken.” – Psalms 34:20). 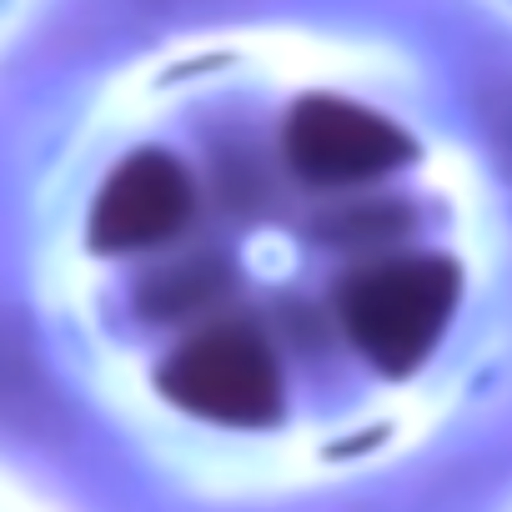 Satan has usurped this shape as the Iron Cross, and to the Illuminati – the devil’s cult – this shape is a sigil for the shape of the human soul. Readers here may recall the many times I have shared how and why I made the Celestron microscope photograph of a water molecule in motion, spinning as my WordPress and online identification symbol called a Gravatar: IT IS THE SHAPE OF THE ENERGY OF GOD’S LIGHT ENERGY IN ALL HUMAN CELLS.

This shape is also the shape of the system overhead that illuminates the sky at all horizons and overhead, giving us the noctilucent skies, the light at the edges of the horizons that sure wasn’t there “When we were growing up”.

We are EXTRA SMALL versions made in the IMAGE OF THE CREATOR. Many ancient texts like the Kolbrin offer even more ancient scribe’s re-scribing of even OLDER OLD DOCUMENTS which state that The ancients referred to humans as “THE SMALLS”.

I wrote a blog post called EXTRA SMALL, about satanic ritual abuse, mind control and trauma, cannibalism and CPTSD. You should read it. https://eatingtoascend.com/2019/06/04/extra-small/ 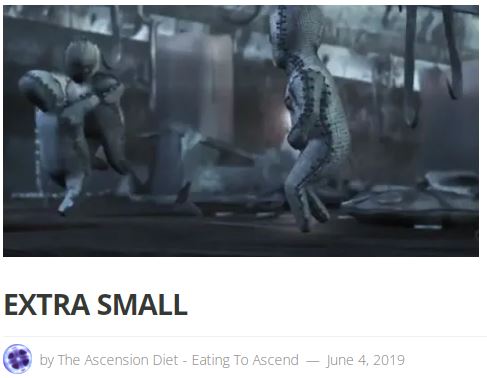 I am absolutely convinced that this is why the avatar of the devil who is named Bill Gates, from a bloodline of Nephilim miscegenating eugenicists named the computer company he started with stolen intellectual property means MICROSOFT: Satan is very crafty and knew it would be the Trojan Horse to SOUL TRAP HUMANS WITH HIS MRNA VIRAL SEED ON A MASS SCALE AS THE WORLD ENDS, all in the name of COVID, which hasn’t been isolated and CAN’T BE ISOLATED, because THERE IS NO VIRUS, there is just Satan’s own disgusting serpent seed in humans he has genetically modified since The Fall, after he decieved the first humans to eat of the apple/raped Eve.

And the initials MODERNA trades with on NASDAQ stockmarket?
MRNA.

From the Illuminati’s own playbook, here’s what money is: the result of witchcraft spells over humans. That’s IT.

And it’s all done with CYMATICS.

So to return to 33 andthe reason for this post, take a look at the logo of the grocery store the ad is from: FOOD LION, an a Germanic Bavarian one, at that! Hmmm…

Like I wrote on Patreon, IT’S ALL IN THE FAMILY.

ALL IN THE FAMILY Part I: In The Beginning: Tiamat, The Matrix, the Abomination, Solve et Coagula, Hell’s Cloud Storage, Covid-19 SOUL TRAP https://www.patreon.com/posts/41594674 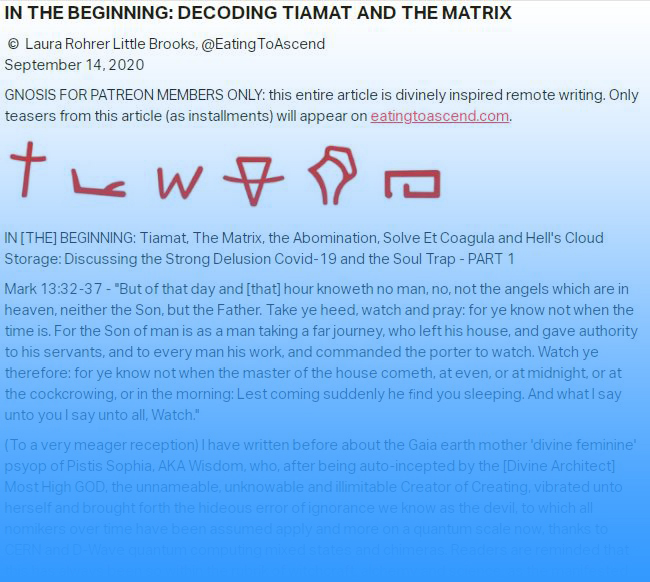 ALL IN THE FAMILY: PART TWO OF THE TIAMAT QUESTION https://www.patreon.com/posts/41815135 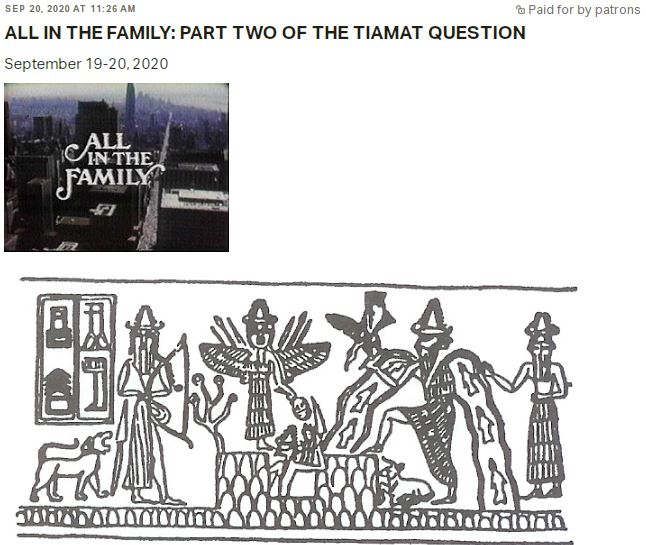 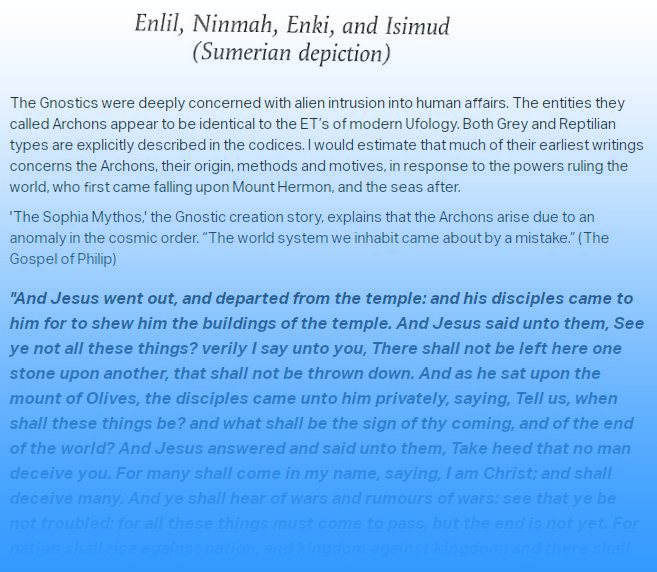 You see, the Imperial Cult of Yaldabaoth, the error of Pistis Sophia (she was forgiven by YHVH),who rules this world, has silenced every single voice attempting to tell the world that the RETURN OF JESUS CHRIST IN THE SINGULARITY EVENT WHICH WILL CHANGE THE DIMENSION OF EARTH, DESTROYING THE IMPRISONING ONE OF 3D AND MELTING ALL OF THE EARTH ELEMENTS is ABOUT TO OCCUR.
That is why they spray their chemtrails directly into the clouds of GOD.

They silenced Immanuel Velikovsky, Karen Hudes and David Koresh, and me, and untold others.
At 33 years old, they tried to silence JESUS CHRIST – but they failed – of course!

We have another error happening: voices who are influential in the dialogs of understanding what is really going on with this plandemic, not the media hype dictated by the controllers, are terribly remiss is the one thing I repeatedly proclaim: THE EXTINCTION LEVEL EVENT THAT THE GRANT WAS GIVEN WHICH LAUNCHED THE COMPANY CALLED DARWINIAN CHEMICAL SYSTEMS, NOW CALLED MODERNA, TRADED BY CALL LETTERS MRNA IN THE NASDAQ STOCK  MARKET HAS ONE PURPOSE AND ONE PURPOSE ONLY:

THE COVID “VACCINES” – AKA GENETIC CODE ALTERATION INSTRUCTION SETS –  ARE TO START A NEW CARBON-LESS, SILICONE-BASED TRANSHUMAN LIFE FORM IF ANY POSSIBILITY OF EVOLUTION EXISTS AFTER THE EXTINCTION LEVEL EVENT.

That’s THEIR OWN WORDS, not mine.

In April 2020 Anthony Fauci sat in the president’s oval office and said that MODERNA was going to be the mysterious savior of the world, despite the fact that MODERNA had never produced a safe commercial product in its entire operating history. In 2010 when MODERNA started, it was the tenth anniversary of the funding that started MODERNA, which was the National Science grant called DARWINIAN CHEMICAL SYSTEMS. The grant document states verbatim: “In a post-extinction event, we want to see if we can get mRNA to write into DNA the code to start human evolution again.” That is the grant and premise MODERNA was begun on.

(Aren’t you the reader glad that I am not as snarky in my delivery as Martin is?)

Widening the aperture of our view further we see that BIG PHARMA in the masquerade facade of vaccines is genetically modifying humans like it has since the Watchers mated with human women, as when Thoth espied a hirsute (hairy, apelike, what we call Yeti now) pre-Adamic human from his craft after because he had to leave Nibiru to seek gold to plug the holes in the atmosphere there amd scouted out earth and took it in a Res Nullius heist.

It is the same cast of characters: THE USUAL SUSPECTS.
https://eatingtoascend.com/2021/11/16/cui-bono-the-usual-suspects/

Dr. David Martin, you shared this slide at that recent conference: do you realize this?
Dr. Lee Merritt: why are you excited about the prospect of MEDBEDS??? Are you this blind to truth?
I do not intend to be mean-spirited or disrespectful: I am  grateful for the information they and others impart, accepted by the masses based on degrees and job titles and an apparent buddy system career-wise. But do not be lukewarm. do not withhold the ONE TRUTH THAT PEOPLE NEED TO KNOW, which Satan is hiding.
Human beings have a right to know that this world is going to end.
“Judgement is mine, saith the LORD.” There will be no Nuremburg Trials and lawsuits and multiple term prison sentences for these DEMONS IN FLESH BODIES who are the SAME ORIGINAL FALLEN ANGELS, the KINGDOM OF SATAN.
Please stop misleading people with false hope.
TELL THEM WHAT GOD SAID.

When Jesus Christ was tempted for 40 days in the desert, each time Satan tried to deceive him, Jesus’ reply that stopped the devil was “FOR IT IS WRITTEN.” Each reference to what was written is from Deuteronomy. The book which Religion, Inc. has told followers to ignore.

To all who read this: DON’T BE A TURKEY.

Look back in the articles I have shared. I recommend the recent one which includes TEN HISTORICAL EVIDENCES JESUS CHRIST RESURRECTED FROM THE DEAD. Watch the video on the Shroud of Turin. WATCH IT.
LEARN HOW THE ROMANS, THE IMPERIAL CULT OF LUCIFER, YALDABAOTH, NEBRO PULLED THE WOOL OF HUMANITY’S EYES.

Mankind was FLEECED. Now you know where the saying comes from.

They laugh at us and sell us turkeys for thirty three cents per pound as if  we are grateful for them .

I am grateful for every one of you, and especially to and for those whom I have the chance to forgive and to ask for forgiveness from.

JESUS IS THE ONE WHO FREED US FROM DEATH: do not fear losing your physical life. The second death and judgement of GOD is what you must fear. REPENT.

This article is dedicated to Bernie White. Thank you for your kindnesses to my brother Jay, and to me, which helped me to overcome many of the devil’s obstacles.
https://www.candlelightfuneralhome.com/obituary/Bernard-White