The electrogravitic crafts are increasing in number now. The amount of spraying done is staggering, and I have been watching for over ten years, and becoming very vocal about it since 2011. The number of cloaked crafts too is unprecedented. From the cover they are laying, it looks to me that Nibiru is crossing now in a transit from the E/NE.

For about a week now, every night it sounds like a river is flowing in the sky. About a month and a half ago, I wrote here that it sounded similar to that. Perhaps its system is so close now that tracking is more difficult, AKA the forest for the trees? Sometimes I think that the Dobbs Model and Albers the Physicist are off. There are ancient and enormous volcano forms rising up in a line deep under the ocean, approaching Connecticut. Archeological remains and roads are rising up from under the ocean floor in the Bermuda Bimini area of Atlantis. THEY LOOK TO BE LEYLINE GRIDMARKERS. Some big YouTube channels talked about this phenomenon, but failed to understand it.

Earth is unfolding to refold. It does not happen in a constant moment (as the word vision I had at age 19 said – I guess that makes me an oracle?). Typical “weathercasters” call the HAARPed area of the NEXRAD map “gravity waves” – HAHAHA! @MikeMostwill removed the tweet I refer to but here is the @MrMbb333 video showing the rising undersea formations offshore in the East Coast MidAtlantic ocean.

Should I offer cookies again? (Must I spell this out, the reference?) And to think the Annunaki who run this world still think they can control the process of cashing in as their home comes into our magnetosphere, as I blogged about here, in frantic denial of prophecy coming true, predictions made and preserved by scribes long before Mesopotamia was established (yes these records were kept, but hidden – it’s hard to get THEM, but in reading the ones we CAN read, they are quoted and referred to).

Not many seem to give heed to the roadmaps for this territory we were left in all the ancient texts.

THE ANNUNAKI TRANSFER IS HAPPENING NOW.
Eyes anywhere else are distracted ones.

I BELIEVE THAT THE CLOAKED SHIPS ARE TAKING THE GOLD RESOURCES – AND BLOOD AND HUMANS, WHOLE OR DISMEMBERED – TO DOCKING PLATFORM STATIONS TO RELAY WITH NIBIRU AND THAT SOUL COLLECTION IS HAPPENING. This has been what the Akkadians – the Annunakis – have done for possibly as long as 340,000 years, in approximately 12-year cycles.

To me the is THE MOST RATIONAL EXPLANATION for their creation of geoengineering and the 5G control grid.

The sudden success of late term and live birth abortion, the push for pedophilia and human ritual sacrifice add more evidence that they are taking human resources. We are their human resources. They are DESPERATE and like every other cycle of the crossing of their home planet, they are doing the same. It is coming to a crescendo pitch.

Dogs let outside to use the yard to potty and run around often begin barking wildly, and whining and howling inconsolably. When I go out into the world, people everywhere look lost, angry and basically, tortured.
And fat. They all are fat with parasites.
And it originally was not the fault of humans. Religion, Inc. lied to everyone. This is the worst crime of all, making the fall of humankind possible.

I wrote this yesterday morning:

It sounds like a river running, a coursing river of rapids, coming from the sky above.
The electromagnetic plasma arc storms; two yesterday, onethe day before that. It’s become almost daily now.
The sound: like far-off huge, low rushing, like engines trawling, but from above! You can hear it and feel it in your chest; your core: it’s undeniably real, audible, a constant.

Last night in the middle of the night [that would be the wee hours of 3June EST], the skies as far as I could see out my upstairs windows were clear; I could see ALL THE STARS. They were clearer than ever.

I could see them there three nights ago, too. I knew I would because my room was dark, like night ~should~ be… no “noctoluminescent clouds”. Eleven of them (“new cloud names”) were invented with name terms for the geoengineering coverup of The Destroyer coming in as it has since Lucifer rebelled and came to earth to be called Enki. I think “they” let the stars show at night so they can see and navigate these resource transports off-world by them, since they harvest so much along shorelines and in urbanized areas. No WONDER they want to move people out of the rural, remote areas and into planned zones. 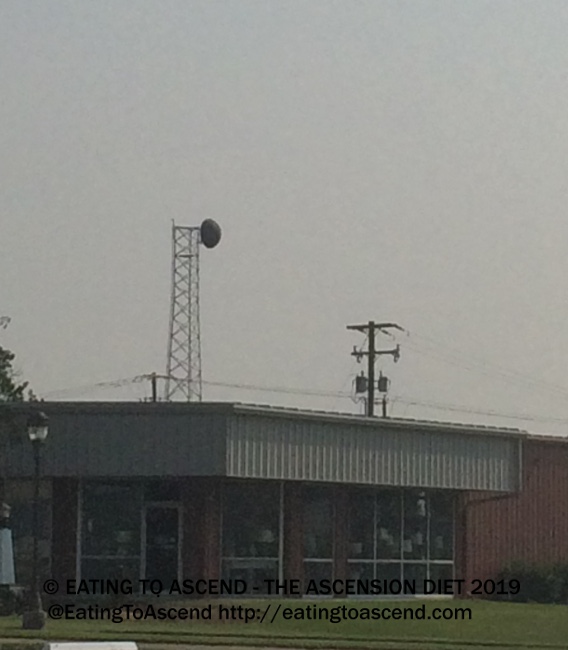 And at 6AM, full daylight. I thought I’d slept until 8Am EASY. A supersonic jet flies by and leaves a trail of the vapors that drop into [as I type this out, a loud emergency siren that sounds like the tsunami warning system just went off. BTW, those towers are here now too. In Potato Chip town on the east coast.  Regularly spaced puffs hanging like bulbs from a string across the sky – like an epoxy, a two-part admixture of aerosolized particulates – and by the time I could get my camera, they’d HAARPed it into the beginning of a whiteout.

And to the what-I-once-called-west the dull reddish glow haze of red-oxide Nibiru (red from the blood of souls they sacrificed, and ALL THE ABORTIONS AND ORGAN HARVESTING, and we are in it’s apron, the fearsome twin tail of Wormwood.

The storms will continue, and worsen. Be prepared.

Know that LOVE WINS THIS BATTLE, but do NOT be complacent. Get OUT of your comfort zone and infuriate people. Heap burning coals of kindness on their head as you stand consistent and firm in re-educating them as to what’s really going on. Point out how poorly humans are faring now.

Focus your heart intention on everyone you love. If you can, fast. If you have never fasted, try for one day. Then gradually increase. And do the hacks that I share with you. Do the ETA Ropeworm Protocol you can request HERE. Get off the computer more and LIVE. Meditate and pray, and share what you know with others.

This is THE TIME. THE OPPORTUNITY IS NOW, since they have already seized it, and are seizing as many of us as they can. You have GOT TO WAKE PEOPLE UP TO THE HUMAN CLONING CENTERS. Show others the drawings my children did! 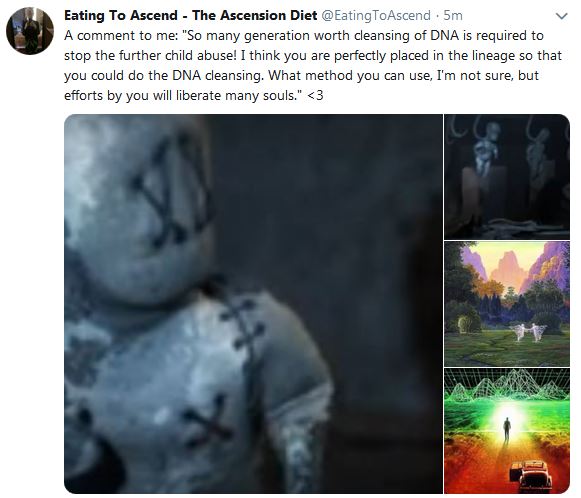 The images of child abuse in black and white, depicted as dolls, are from this video, which one must now sign into YouTube to watch, as it is marked 18+, even though public schools teach sex to kindergarteners now.

I began my Dollwork art series, which my secretly transgender newsman ex-husband stole from me, in 1996. I created this piece called DRIPPING KEYS, and it won first place in Baltimore’s SOWEBO Festival Art Show in 1997.  I made it to process the child abuse I endured from birth, perpetrated by family, church and the system. 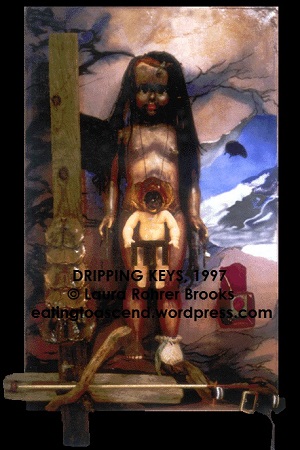 He stole that from me.

Getting this out now. Keep your vibration high. Stay alkaline and take in lots of vitamin C.