POSSUM OUT IN BROAD DAYLIGHT, 9AM
Earlier this week I watched a large adult opossum graze for food in broad daylight, walking close to the houses, just a short stone’s throw from my windows. Immediately I thought of MrMBB333’s reports on strange animal behavior these last few years, and as this animal showed no visible signs of rabies – its behavior not erratic, gait steady – knowing that these are normally nocturnal creatures, it can justly be surmised that it is demonstrating the same unusual changes animals world-wide are evidencing. Then yesterday in the early afternoon a juvenile possum was in my yard, heading back to where the large one (its mother, I presume) had come from.

13 But the prince of the kingdom of Persia withstood me one and twenty days: but, lo, Michael, one of the chief princes, came to help me; and I remained there with the kings of Persia. 14 Now I am come to make thee understand what shall befall thy people in the latter days: for yet the vision is for many days.

Apparently no one thinks it of any note that there is an increasing amount of high altitude, supersonic aircraft traffic overhead now. One hears (if one listens) the jets (or whatever they are) traversing the skies, their sound faintly registering in aural notice, coming closer, then continuing, decibel level decreasing, and then passed. They seem to be paralleling the coastline.
It goes on. This paragraph began a few days ago, but dedicated readers are reminded of this happening. When this week began (last week), tornadoes swept the east coast, but a media ban locally downplayed even terming the damages that: tornado destruction. I was able to glean that there were over two dozen in the central Pennsylvania area, one in which a church roof was removed and placed elsewhere. A woman was found dead in her home after (the media’s words) “the interior of her house imploded on her”. (This is not information from the internet.)
We know the ‘sun’ ‘sets’ at differing times and in differing locations directionally on the horizon, creeping further and further to what we think of, based on roads and landmarks and any nascent personal interior geolocution ability, toward setting closer to true north. All week long, ‘weather’ forecasts warned of high damaging winds of 50-60MPH at night, and flood warnings during the day. However, as the days passed, that I know of, after last Monday’s tornadoes, nothing happened. Yet the timing is interesting, is it not, that it was last Monday the 15th that the Cathedral of Notre-Dame caught fire and the “Twin Spires” were destroyed.
So yesterday evening, after a day of sporadic ‘sunshine’ and clouds with ridges, or rolls, and the very high passages of aerosols deposited in the upper atmosphere overhead, which within a half-hour or so became the clouds irradiated with microwaves to look the way they did (and do, this is the process of geoengineering), around 6:30PM from southward the sky darkened, looking darker than it does at night now (that is because of the light coming from the incoming system of The Purifier, coupled with the reflected LiFi of LED light, mirrored down to us from the aluminum in the skies, and also trillions of micro-sized needles of metal, glass and silica that they have polluted our beloved earth’s atmosphere with for the last seventy-some years). Meanwhile, as the (simulator and lens arrays in front of it) sun set, the horizon from what I believe to be the west and to the north went from brilliant white to blood red, with clouds above illuminated from below, looking like they boiled fire within them.

It is The Purifier. This is another name for Wormwood, Nibiru, PlanetX: The Destroyer.

“Many will appear to have lost their souls in these final days. So intense will the nature of the changes be that those who are weak in spiritual awareness will go insane, for we are nothing without spirit. They will disappear, for they are just hollow vessels for any thing to use. Life will be so bad in the cities that many will choose to leave this plane. Some in whole groups. “Only those who return to the values of the old ways will be able to find peace of mind. For in the Earth we shall find relief from the madness that will be all around us. It will be a very hard time for women with children for they will be shunned, and many of the children in these times will be unnatural. Some being from the Stars some from past worlds, some will even be created by man in an unnatural manner and will be souless. Many of people in this time will be empty in Spirit they will have Sampacu. No life force in their eyes. “As we get close to the time of arrival the Purifier there will be those who walk as ghosts through the cities, through canyons they will have constructed in their man made mountains. Those that walk through these places will be very heavy in their walk, it will appear almost painful as they take each step for they will be disconnected from their spirit and the Earth.”

It is now Monday the 22nd, afternoon.

The skies are crazy now, with dark clouds created each evening so that the horizons are hid and no one can see the multiple celestial light sources, and the air traffic going on, I’ll just say that last night was like nothing I have ever heard. Also, THIS appeared in the sky near me, outside my home, moving back and forth, changing colors like a beacon. Then it darted higher, further up and more northwest. An Ezekiel’s Wheel. A flashing craft went past it. I believe I saw part of the galactic battle. It was about 10PM. Not having internet at home where i write (yay!), I haven’t checked to see if anyone has shared info on this east coast upper atmosphere goings-on. I KNOW I am hearing supersonic jets and electrogravitic crafts warring. Anyone have information on this, please comment.

HAARPing us, micro-DEWS, shooting pains everywhere that parasites are resident. In me, that’s not much anymore, after four years of dedicated, hardcore detox. What I DO experience, and I refrain from detail – that is what my book-in-progress is for – is fibrous entities leaving, as I spoke of in comments on my blog ETA 4-11. Never before have my five senses been so acute, and I can only interact with the world in small sessions: it is exceedingly painful to my soul to witness the fallen state that EVERY SINGLE HUMAN I KNOW HERE is in. They are incapable of truth? Yet I do try to shine my light for all. This week saw me attacked online and personally, to my face. I have been defamed, falsely accused, persecuted, and there is a woman – a British citizen who lives here in the US – who said that she wants to kill Drump and now me. Unbelievable. 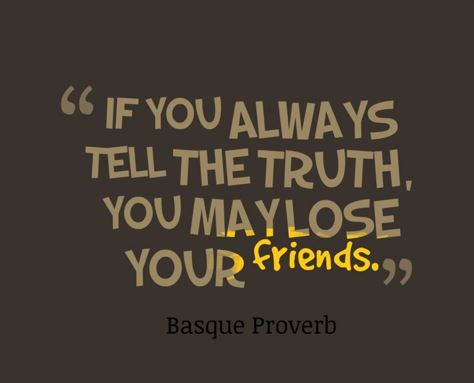 I am “dangerous”, she said, as she defended GMOs and NPR and climate change. “I am a good person”, she said. But to her truth is dangerous. I watched her own interior of programming implode in a furious bout of cognitive dissonance! And it will only get worse. Wow. All praise to The Light, our Most High GOD.

I am seeing many people commenting only of headaches and sharp pains experienced by not just them but their entire households and friends, neighbors, co-workers. When the 5G is activated, THEN what will we feel? Or NOT feel, if it deadens us. Has the kuru-like prion brain-wasting disease released by them to infest the game people would hunt to live on in an SHTF grid-down scenario also become endemic through GMO foods as a low-level infection first?

BECAUSE THAT WOMAN SURE IS A ZOMBIE.

For the Most High a day is as a thousand years… The concept of time feeling expanded to me… Elect.

Iodine (does Wormwood translate to Chernobyl? God’s way to kill off parasites – foul humans – with the 35 years at 10,000 CPM exposure of Ce137 radiation cancer it caused

Lol, I saw a comment in a Marfoogle live feed “Put down the turpentine bottle.” Did I not recently write about how doing turp was a spiritual experience? (link to that post)

*** KOLBRIN SOF:5:54 – “It is a truth that if men are oppressed with toil and servitude they lose manliness which would make them rise against their oppressors, and they will not have the stomach to withstand those who invade the land. But whether the land remains at peace or invaded, it is no longer great.”
Who invaded the land and made slaves of men? The fallen angels did, under Lucifer, who is also known as Enki, with a brother named Enlil and a son named Marduk.
1984, by George Orwell – “… football, beer and gambling occupied their minds…” ***

To all the ‘health professionals’ who have affected myself and my family in the course of every visit and service provided with your truly criminal credentials: YOU WILL BE HELD ACCOUNTABLE. YOU CANNOT HIDE.
LED pulsed digitally same effect as 5G
Shungite neutralizes 5G, also deep foliage (talk about HI jungle towers – EVERYWHERE – saw less in UT though), it is from space, and has fullerenes in it – fullerenes are C60, DO NOT INGEST IT THOUGH
Scalar waves eliminate EMF, heal, and help sleep
Use a mask to sleep, allowing pineal gland to make DMT
Highways ringing cities (beltways, recall the Hx of them father told me when I was a child), parking lots to contain vehicles…