IT IS TIME TO UNDERSTAND RED AND BLUE MAKE PURPLE

Jews erasing History of the West: “Europe has no its own Culture” Hoax. Answer of the Aryan

Recently reported in a “christian” news platform, and “of note” because when the grid goes down, supposedly the US can repair it themselves:

“U.S. senators have introduced a bill that would strengthen the production of semiconductors in the United States.

“America’s technological advantage played a decisive role in our victory in the Cold War, and it will be equally important to our ability to outcompete China over the coming decades,” Sen. Josh Hawley (R-Mo.), one of the co-sponsors of the bill, said.”

As we understand that WWII was funded on both sides by the same elite families who direct every agenda now – EVERY AGENDA, no matter how implausible this serms to the masses in any and every different nation – we understand that biodata and SCS tied to our genetics and satellite-driven local Eye of Sauron surveillance follows our every metered move. RFID chips and nanotech is in all food and products: the air, the water… our bodies. They turn on their killswitches with microwaves, much more subtle than car wrecks,’suicides’, poisonings, shootings or heart attack guns.

And mind control has made everyone a perp, almost, that is. Real humans are being made extinct.

As admitted in the Event 201 dress rehearsal for the planned pandemic of Covaids, THEY RINGFENCED ECUADOR. The reason “Covid” is so bad there is because Huawei has polluted South America with unregulated 5G, the population is polluted with parasites, nanotechnology, toxins, and it is a festering cesspool of synthetic biology and human waste. 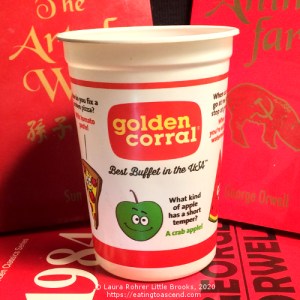 What’s the meaning of the phrase ‘Ring fencing’?
Separating something from usual judgement and guaranteeing its protection, especially the funds of a project.
Origin: This term has been in use since the 1980s to denote the funds that are set aside for a project and cannot be spent on anything else. Before that it had a more general meaning, of anything that was protected; for example, this comment from Roger Eliot Fry, in his Letters, from January 1903: “B.B. [Bernard Berenson] should not have it said that he is capable of political scheming to ring-fence Italian art.”
These figurative uses all of course derive from the literal ‘ring-fences’ which were used to confine sheep and cattle on farms.

And we know who aids and abets cults, alphabet-wise. The Imperial Cult, of course, in operation as the CIA, NSA, FBI, MI6, the Vatican. The “wickedness in high places” from Ephesians 6.

This abnegation and vilification of China is just more props and pantomimes to distract, delude and divide.

It’s all that old serpent, and Babylon is pretending with her flute and audiences.