Skip to content
And God said, “Let there be an expanse between the waters, to separate the waters from the waters.” – Genesis 1:6
Jimi Hendrix said that he was inspired by a dream win which he was walking under the ocean. In the dream, he said a purple haze surrounded him and engulfed him, and he became lost. It was a terrifying dream (nightmare), but his faith in Jesus is what saved him. He first wrote the chorus as “Purple haze, Jesus saves,” but then changed it to what it is now.
Hendrix also drew from the science-fiction story Night of Light by Philip Jose Farmer. who uses “purple haze”  to describe how the sun affects the inhabitants of a strange world called Dante’s Joy whose inhabitants go through a hellish transformation every seven years. In this period thousands are mutilated, killed, transformed. The citizens are separated by their innermost desires, serving either the good god Yess or the evil god Algul. (Of course, “purple haze” is LSD, because the Sandoz Big Pharma drug company sold it in purple capsules.)
In Farmer’s story, most people sleep during the Night of Light, those who do not are never the same again.
In the 55th Superbowl Halftime show the bright light takes their life away.
We have had noctoluminescent skies for a number of years now, as the atmosphere is laden with ionized particles, the same that have been put into all living bodies, making the BioAPI for which I provided a detoxification protocol here. Some people charge money for this information, which is not patented, nor is it proprietary to any one person. Truth is truth and that’s fact.
Here in Babylon VA, the skies have had a purple haze for days now. Storms the liars fore-spell-cast here on Monday made rain today,  but all week have been unprecedented ELFs… washboard ribbed clouds from HAARP. One. just one, huge thunder crash – with no lightning. They are hiding the meteors falling from the roiling red fiery clouds of The Destroyer. Pushbutton rains (on/off on/off, not at all natural or organic in nature). And today might be day three of this Purple Haze earworm which still isn’t as loud as the DEW high-pitched frequencies I am forced to endure aurally.
And then it got physical.
Now my ears feel like extremely tiny electric shocks occasionally occur as if from the outside of my head and through the eustachian tubes and within my brain. It’s not pleasant. Metal hat time, extra magnet mariscino cherries.
It is conceivable that Farmer was friends with Velikovsky.
The waters are mixing; this is not dream but reality, and Jesus is the light of the singularity they are using geoengineering to hide while they clamor to shoot everyone with the mark of the beast.
https://youtu.be/VP_xDdqVbRE

Purple Haze all around
Don’t know if I’m coming up or down
Am I happy or in misery?
Whatever it is, that girl put a spell on me

Help me
Help me
Oh no, oh

Yeah, Purple Haze all in my eyes
Don’t know if it’s day or night
You’ve got me blowing, blowing my mind
Is it tomorrow or just the end of time? 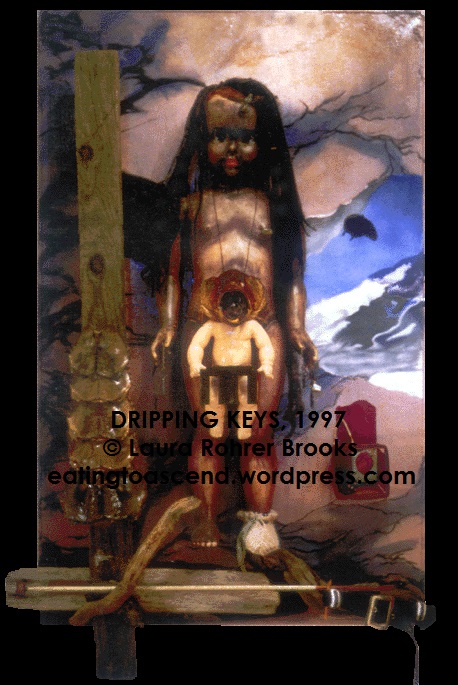