On July 5, 2020 a giant crop circle that apparently appeared out of nowhere has drawn crowds of people to a farmer’s field in Northern France. 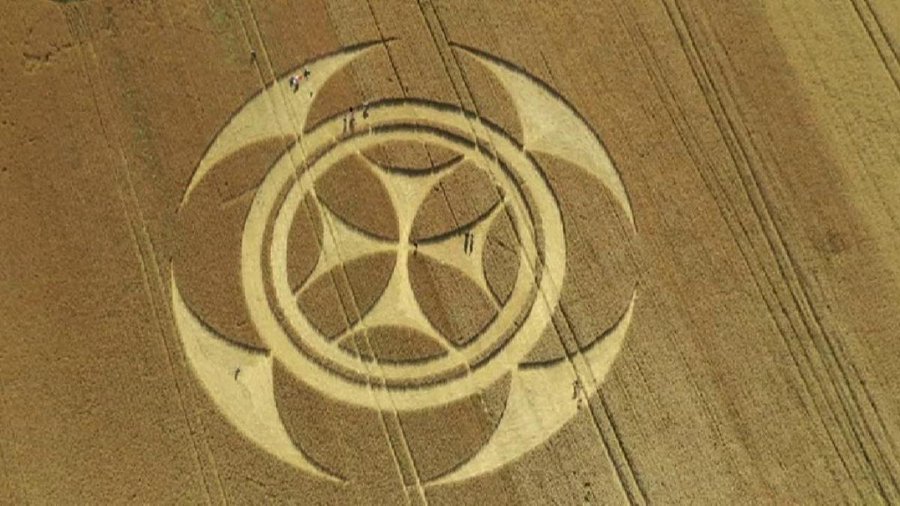 The giant Templar sign appeared on July 5 in a field in Vimy, near Lens, and has created great excitement around the area- attracting thousands of people to come to visit it.
The farmer to whom these wheat crops belong, Gerard Benoit, happened upon the rune while driving the tractor. “I noticed that the ears of corn were lying on the ground. I thought someone had damaged my wheat overnight, but then I realized it was forming a pattern, it’s well done. We’ve never seen a crop circle before. We see it in movies. It’s vandalism, but we said to ourselves, ‘It’s good for once!’ , Nicolas Benoit, the farmer’s son said.

They posted images of the signal on their Facebook without even knowing what it meant, which attracted a huge number of curious people to it, something that has already started to tire them out.

“We saw a lot of people come to the field and we discovered that there were religious beliefs around it. People are crazy. They come to pray, ” explains the man.
“Some people tell us that it is the Templar cross, that energy flowed from the earth, that our field is blessed and can cure multiple sclerosis. They are crazy,” says Nicolás, who assures that his family feels “overwhelmed” and stresses that the land “remains private property.” “We have more people in our field than in our farm store,” he says dumbfounded.

The large influx of people who came to see it caused the family to end up removing the photos from the social network with the aim of stopping visits, but it did not work. “In the end, it is a horror. We are not a museum. The crop circles are beautiful, but for someone else’, ” he said.
France, in fact, is used to the appearance of these mysterious crop circles and they appear on a regular basis across the country. Theories abound as to the origins of the circles, some people say they are made by groups of “followers” in the middle of the night, others are convinced they are formed by Alien Spaceships

– it is normal to see elevated levels of radiation wherever the crop circles appear. Up to now, however, they remain a mystery. 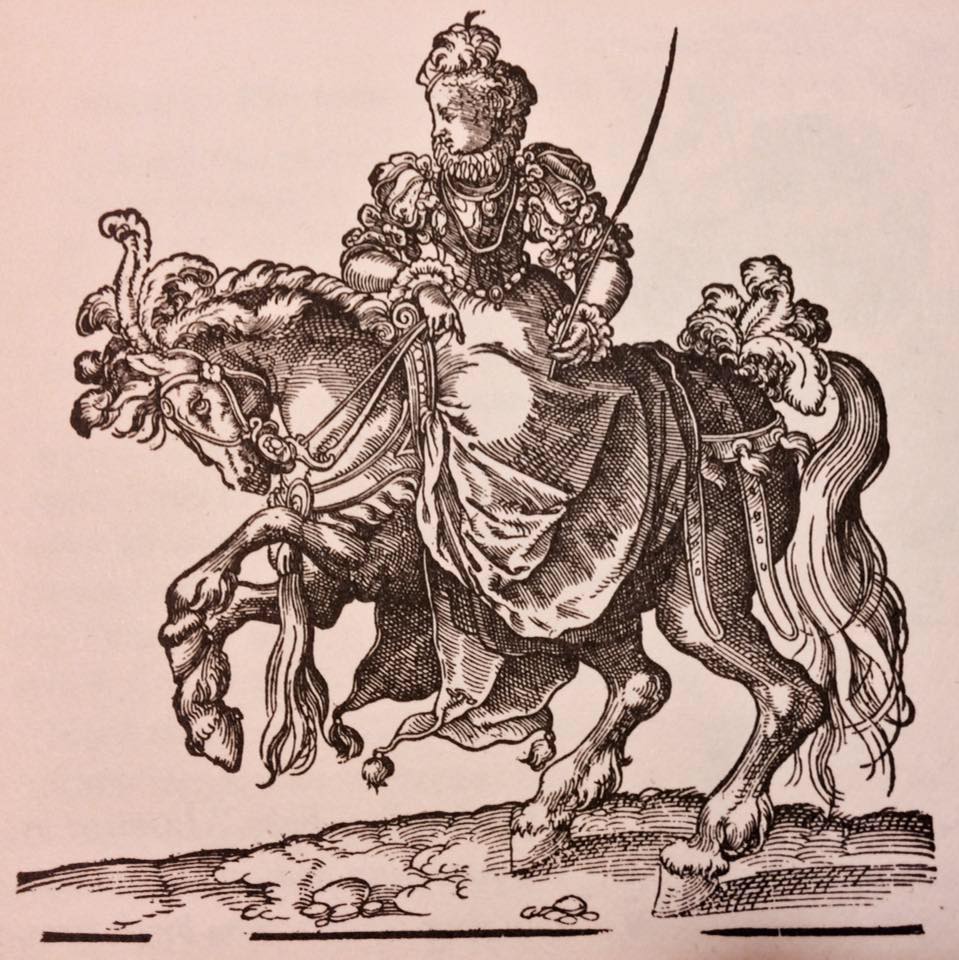 I IDENTIFY AS CATHAR

Search this blog for Cathar tag. The Albegensian Crusade was done to hide the truth of all we are in need of WHICH I SHARE HERE
– GNOSIS.
Yesterday’s shared Hush Puppy video showed you a winged angel in an Ezekiel’s Wheel accompanying the KING OF KINGS in the WINGED DISK IMAGES

We are each extremely valuable! Serious textile artists ALWAYS check the remnant section first! There is the treasure <3

WE WERE MADE FOR THIS.OUR LUNGS ARE WHERE OUR WINGS ATTACH.

Keep your breath of heart intention pure and do not get buffeted around by the hot winds of talking heads.
THIS IS A 2,000+ BC representation of an incarnation of the enemy – easy to see why it is a hydra octopus: 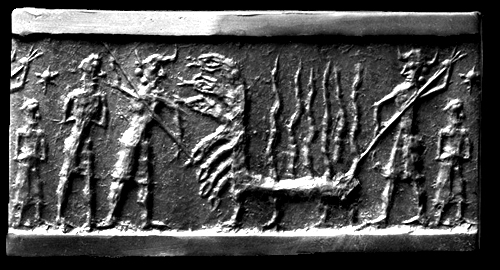 There are large blog sites masquerading as ‘lightworkers’ which only muddy the water thirsting seekers need to drink.

Stay secure in the Peace of His Promise. 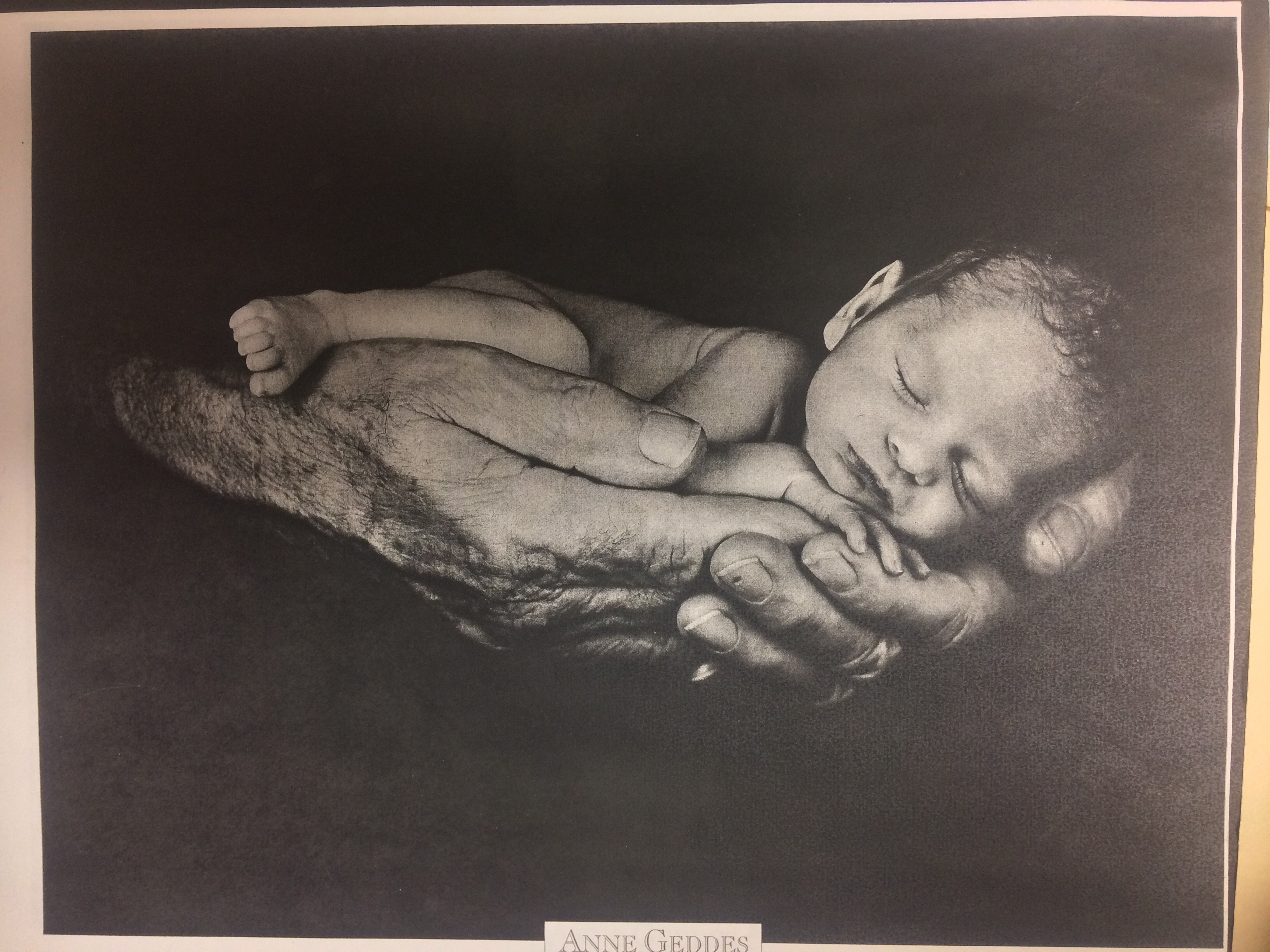 That sleeping baby is how you really are and I suggest making it your “home screen” and “wallpaper”!

The enemy uses fear and all you see is theatre and HAARPed nanotech filtered light hiding the oxide red skies of the corpuscles of all of the sacrificed victims passed over the fire to Molech since Atlantis was folded under the earth like a ball of playdough.

The first nanotechnology was of course made by the Romans to change the color of projected light with alchemically formulated glass filtersand that is witchcraft. Smoke and mirrors. The dessicated blood in the stratospheric aerosol geoengineering is not only acting exactly as the infrared red filter (A-25) we photogs use but spreading Prion disease and mandated cannibalism. Yet it is all part of the Most High’s plan.

Do not try to figure out what the 5D “density” is. GOD is unknowable, inquantifiable and beyond all space-time. That is hubris – an Icarus act. Christ told the truth in the occulted apocrypa and meditating on the orbitals of the water molecule is “where it’s at” <3

JOHN’S VISION OF THE CROSS OF LIGHT

The Round Dance is the energy of Life in the Hydrogen and Oxygen bond. THAT’S HOW SMALL WE ARE BUT THEN AGAIN THERE IS NO SIZE, TIME OR DISTANCE. D-Wave quantum computers are only aping GOD. That’s all AI is : Satan’s fear-inducing bluffery.

GO TO HUSH PUPPY ON yt (add Nibiru to the name when searching, otherwise it is filtered out) and LEARN.

Love and prayers in supplication for all the saints. What they are hiding now with world-wide fake weather is rhe flaming fire reigning down on earth. READ PSALMS 18.

“And he rode upon a cherub , and did fly: his pavilion round about him were dark waters and thick clouds of the skies.

At the brightness that was before him his thick clouds passed, hail stones and coals of fire.

The LORD also thundered in the heavens, and the Highest gave his voice; hail stones and coals of fire.” – Psalms 18:10-12

THOSE AREN’T ASTEROIDS AND METEORS. THOSE WORDS ARE LYING WONDER WORDS.

EDIT AFTER POSTING: Praise GOD! After I posted this I checked Hush Puppy’s channel and lo and behold they had JUST posted the video below. There ARE NO ACCIDENTS. WE ARE ALL WORKING IN THE BODY OF CHRIST OR WE AREN’T. This amazing footage is THE KING COMING!

Do not fear. Faith and trust: you are that baby. The Hydrogen  atom will not reject the Oxygen.