This is not a “Hallmark Moment”. This is an Identity Crisis of unprecedented mass scale cosmological, eternal proportions.

The deception narratives created to hide who human beings really are by dividing them with false histories and false flags, fake religions, racism that is always fomented by the ruling families in power who operate the satanic death cult of human host resources for their narcissistic, vampryic (vampiric) soul-less “selves”, who are really interchangeable demonic archons in human host bodies, like Bill Gates, who is the Antichrist. He’s not human, Laura E.: that’s one of the fatal flaws in your narratives misleading humanity.

For readers who need to get quickly up to speed on this syntax virus personified who has imposed upon humanity Windows to their souls in order to mandatorily mark them with the RFID beast technology and update their souls to The Cloud as pictured in the Babylonian Tablet of Shamash (Chemosh). That Internet of Things “cloud” storage is really HELL, familiarize yourselves with the excellent summaries The Corbett Report is providing.

I have been saying this here since I began this blog/website in June 2018 (tomorrow is the two year anniversary of http://eatingtoascend.com).

I’m not mincing words: there’s no time left for pussies. The spiritual damage disinformation agents like the GAIA movement including Steven Greer, David Wilcox, Corey Goode, Laura Eisenhower, Aug Tellez, Lauda Leon, ~Z~ and Truthscrambler, to list just a few, is so grievous that I can no longer refrain comment.

Phil Schneider is condemning each of you from his grave (or urn), along with William Cooper, Max Spiers, Jim Marrs and Jesus Christ – the exception, since He ‘rose’ from his, having no Draconian sperm donor and with 23 chromosome blood, proven by double-blind genetic studies made possible by the late Ron Wyatt.

Contrary to what the world has been Hegelian Dialect-divided to think because all of the truth was hidden, and recently has it become possible for HUMANS to learn THEIR TRUE HISTORY AND NOT THE ANUNNAKI NARRATIVE.

Technically this long-occulted material began to surface and be decoded in the 1800’s beginning with George Smith and a few others, but the discovery of the caches in Qumran called the Dead Sea Scrolls and matching texts found in hidden e.g. stolen Vatican, royal families of various nations’ holdings makes it possible for persevering humans to DECODE REALITY.

And for the record, it was *I*. Laura Rohrer Little Brooks, who created the term CONSPIRACY REALIST, in 2007 ( I choose to use ‘created’ over the cliched ‘coined’: see how they weaponize language?)

The earliest recorded language, the Mesopotamian cuneiform tablets, show us that language was only invented to inventory assets as an accounting system (ref: Irving Finkel).

They have always been beancounters. Look up ‘Sobek’ in this websites searchbox. 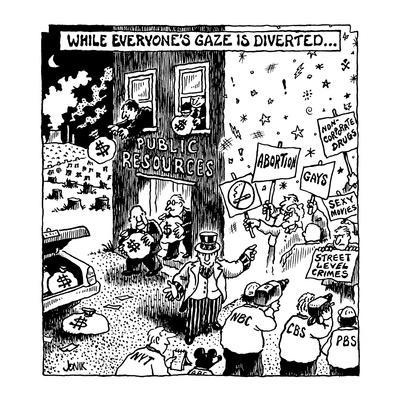 The crime of this orchestrated artificial BLACK LIVES MATTER movement which exists to distract the world from the fact that Hilary Clinton is on trial and cause division, rioting and the implementation of FEMA and martial law is actually “trumped” (1 Cor 15:52) by the lie of the “earth mother”: Mother Nature, GAIA, the divine feminine and the false concept that nature is a hologram and we live in a Wetiko-virus controlled simulation. Frequencies do cause human bodies to reject alien RNA, and their viral material of who they are, since they lack light and hence have no DNA: that’s why they parasitize ours.

The only honest ‘data’ from this video Tellez (who lives in the same area as the alphabet agencies in Babylon/D.C., ~interestingly) “shared” [sic] programmed his readers with is the definition of humans given in Black’s Law Dictionary, in which we are defined as “hybrid monsters”; tacit admission of their historic genetic manipulation of our once-light no -3D bodies.

Even the edited, sanitized and demasculated canonized bible refers to them as aliens, strangers. There’s a reason humans were warned not to fornicate, and for nuts and seeds to be our meat, not flesh of animals.

The ancient texts presage and therefore corroborate the occulted Essene Gospels, in which God manifested to teach humanity how to remove the satanic archonic parasites from their bodies. The Gnostics including the Essenes and Cathars were killed for this, even Heaven’s Gate and Koresh’s Branch Davidians. Yours truly has been and still is persecuted for her gnosis since birth.

More than anything, NASA’s sorcery attempts to hide the light spectrums carrying the Divine genetic information for human translation back into light bodies.

Many truths are inverted and twisted in the dialogue of the two women in the above video, Mastering the Mind and the Holographics of electroMAGnetIC Pt2 (Marilee NiEtain and Lauda Leon), to craft (this is witchcraft, become informed of this fact) the delusion that the concept of the creator as a father is false.

This is how satan works. It’s ironic that just the day before, Tellez posted a link to a satanic ritual abuse video, and now he spreads the lie that God is dead and the creation is not real, and most obscene and malevolent of all, that humans must embrace existence in a quantum digital conceptualization of reality in which the Divine Feminine mother is the supercomputer creating the dream of the universes.

Wake up, Aug et all, or shut up. Like the King of Chemosh, you’re all soul trapping puppets.

The matrix is not this natural world and nature is not a hologram of code nor is it a quantum physics artificial reality, subjective to the ‘individual’.

Nature is CREATED OF LIGHT.

Light – sunlight – is not artificial, although LED light IS, which is how and why it is pulsed for mind control.

The latest mass CME (coronal mass ejection) from the sun shows that this world and universe is VERY REAL. The Word, the uni-VERSE – THE ONE VERSE is GOD, who came into the body named Yeshua (Jesus) into a mother who had been fed a diet that makes my vegan diet look like swine food. Mary Magdalene wasn’t even subjected to having the souls of her feet touch the ground as an infant and until her conception, which was supernatural.

Human beings don’t know these facts until they read the Aprocrypha and all the other occulted (hidden by the cabal who are the Jews, wake up to THAT FACT).

The fact is, the entire world is under the spell of witchcraft. The entire human race is traumatized, living in a Stockholme Syndrome symbiosis with their Narcissistic interdimensional parasitic host, the rejected offspring of Sophia, who vibrated and autogenerated this error and has dominion over the fallen earth. Hence satan’s propaganda program pushing Gaia the earth mother, Isis, the divine feminine, etc. It’s a trojan horse of yin/yang dualism the D.N.C. uses in cabal genocide programs of eugenics abortion worship of Ba’al, getting the entire world to pass their children under the fire to Baphomet/Lucifer with stem cell therapies and natural flavorings in foods and products.

That blinding includes vaccines to deactivates the chemistry with humans called “the God Gene”: FunVax has been sprayed on us like bugs for almost twenty years, across all the face of the earth. And where does one need to begin with the fluoridation program to calcify the pineal gland except Rockefeller Medical Foundation WWII era? Aluminum, mercury. 440Hz frequency, embedded images in sound, television created in the early 1930’s by the early Hitler movement to mind control the German people into sacrificing themselves to the serpent seed Vril push to take the world harvest?

No, this is NOT A SIMULACRUM WE LIVE IN AND TO EMBRACE THE HEXADECIMAL CLOUD IS TO SUBMIT YOUR SOUL TO SATAN.

You should be ashamed of yourselves. But you won’t be, because you’re soulless and already part of the borg, the very matrix you superficially decry.

THE LIGHT IS COMING.

IT COMES QUICKLY, LIKE A THIEF IN THE NIGHT.

If you’re plugged into the IoT, you’ll miss it.

And who else except me actually cancelled their cellphone contract on Arthur Firstenburg’s CANCEL YOUR CELLPHONE DAY? Mine had been unused since last December, and was a 3G flip, a ‘dumb phone’, which the FCC will no longer support anyway.

The Corbett Report asked why there is a push to get 5G rolled out so fast. The reason is because the Light is coming and they want to trap as many human souls as possible within their Operation Solar Warden Space Fence which over 2,000 years ago was called The Fowler’s Snare (Psa 91:3) and in the aprocryphal books was first a crude draconian attempt by throwing a very large flat rock.

The enemy operates using deception and digital is only their latest – and last – operating system.

HUMAN BEINGS HAVE A FATHER.

Stop falling for the Illuminati-crafted new age movement feminism deceptions. Be proud to be a man and a father!