I didn’t write that. I didn’t change the author’s punctuation or spacing, just cut and pasted. It was written nine years ago by Robert, Apocryphile1970 on YouTube.

You see, we are in the time of the revealing, and truths we needed were hidden from us intentionally. When Zachariah Stichin translated the Sumerian tablets, when the Dead Sea Scrolls were found, when Ron Wyatt found Noah’s Ark and the Ark of the Covenant, when scholars, researchers and investigators including Chuck Missler and Steve Quayle and others, when Steve Olsen of WSO spearheaded investigating Wormwood… when and when and WHEN – IT JUST GOES ON! The lid is off, the jig is UP! We’re in a soul trap vesica piscis and GOD is sending JESUS back to take us home. Everything is unfolding, and the antediluvian texts are a part of the revealing, the tearing of the veil. Just as was portended.

The understanding of all of this insofar as we can – is beyond comprehension. But our minds are entrained to do so, being of two seed, one Good, one Evil. We really do have an angel on our right shoulder and a devil on our left. We are born into this duality, as from the time Eve and Adam, given a chance by the big G god, GOD, JAHWEH, the ONE CREATOR, Eve consummated with Satan and forevermore we bear the evil seed. That’s the “why” of the physical archonic parasites inside us (what the Muslim call the djinn), and they are where all negative thoughts, emotions and acts come from. These entities are disembodied spirits cast from heaven, dwelling in our host bodies. Their purpose is to keep us prey to the perpetuated evil from within and from without… in other words, to keep us living in sin. For this we can not leave this soul trap and ascend to where we came from: God. For God is LOVE. Of course, in this mere blog post, I am oversimplifying it. But this is the basis for understanding literally the meaning of everything: all questions we have had; all meaning.

The Anunnaki Locust Race of fallen angels dwelling inside the earth will soon escape as is written. theJonathanKleck Recording #50 has soldiered that decoding, bless him. Praise be to God that mystery is solved. The truth is always hidden in plain sight. 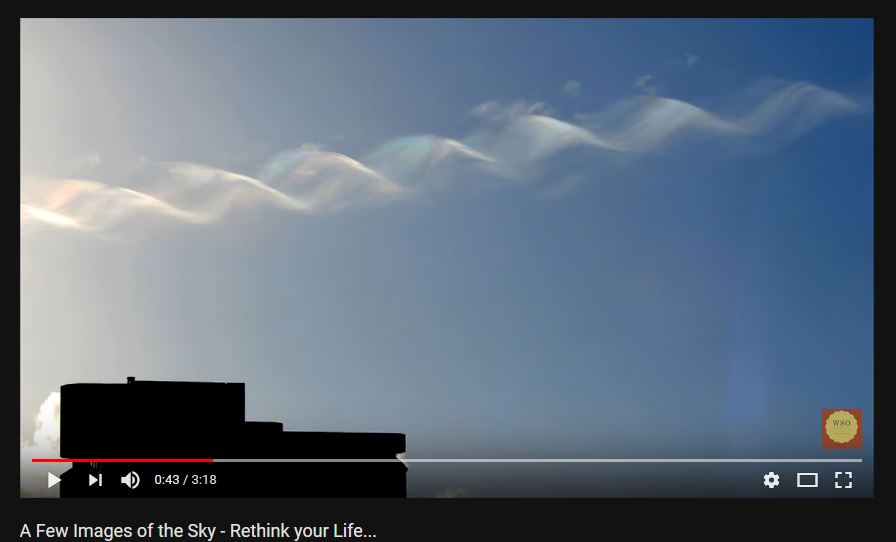 As of the moment, I do not know where WSO sourced this image from (here is the link to the video, please watch it, it’s excellent), but it evidences the third strand DNA being embedded in us all extradimensionally, instrumented by all the agencies. What you see here is the seed. Portals now are flung wide open and the quantitative theories we once relied on are surpassed by staggering amounts of it-is-what-it-is signs and portents daily. IF you haven’t noticed. So the DNA strand there is Lucifer’s blazon of takeover of all who fail see and hear. The size may be different, versus what we were taught in biology, but this is one and the same thing. Satan knows the Purifier is riding in on Wormwood and is making his mad, last dash attempts to lock everyone on earth down in this EMF-controlled 5G prison planet – and is broadcasting it. That old serpent’s sorcery relies upon public decry. That’s how sorcery works.

I could say so much more, but will return very soon to talk about distilled water at more depth than my previous post.

Much love, my sisters and brothers!

Oh, and! In case anyone wants the shortlink to this post, here ’tis! https://bit.ly/2tJLRvP