HAPPENING NOW: THE HIDING OF THE EFFECT OF THE NIBIRU SYSTEM ON
THE MOON
April 20, 2022

The full moon was three days ago, Sunday April 17th, the day marking Yehushua
Ha’Mashiach’s resurrection, in which His body came back to life by a 34 billion watt CME from within, as evidenced by the shroud and face veil and the hundreds of witnesses which included the very
ones who had condemned Him to die on the cross, murdering the true Messiah as
they – still – anticipate and await the messiah of their hearts of darkness in which
there is no cellular light at all, no ATP (adenosine triphosphate) as they are parasites, and the Antichrist is their father, the devil couched in the Quantum
medium of AI, conscripting souls to the cloud through programmed toxic
obeisance puppet strings. Such is the state of humanity and who looks up from
the sewer of virtual reality and talking heads?

In the days leading up to the 28-day full moon lunar calendar date, I observed the
waing moon to be lit like a bright, cold LED, as artificial as any moonlight I have
ever witnessed. When the full moon came on Sunday, the night sky was brighter
than my white ceiling as I peered through my skylight, surpassing the
noctiluminescence we have all been suffered to endure in the climate change lie
hiding Nibiru, shutting down humanity and earth in so many ways, all of which I
have previously discussed on the website which is the springboard to the book I
finally published after four years of writing, and titled the self-same name as this website. I encourage every reader to order it and read it. Not only is TRUE HISTORY explained – with
proofs – but when the grid goes down for good, you will be grateful to have it, in
the swirling pools of disinformation, enmity and persecution (tribulation) as
darkness overcomes the earth and those who are In Christ watchfully wait with
oil-filled lamps to be caught up in the air before The Wrath.

“Let no man deceive you with vain words: for because of these things cometh the
wrath of God upon the children of disobedience.” – Ephesians 5:6

“And to wait for his Son from heaven, whom he raised from the dead, even
Jesus, which delivered us from the wrath to come.” “Forbidding us to speak to the
Gentiles that they might be saved, to fill up their sins alway: for the wrath is come
upon them to the uttermost.” “For God hath not appointed us to wrath, but to
obtain salvation by our Lord Jesus Christ,” – 1 Thessalonians 1:10, 1 Thessalonians
2:16, 1 Thessalonians 5:9

“Then we which are alive and remain shall be caught up together with them in the
clouds, to meet the Lord in the air: and so shall we ever be with the Lord.” – 1
Thessalonians 4:17

“For the great day of his wrath is come; and who shall be able to stand?” –
Revelation 6:17

According to the NASA liars of Space.com, “a massive asteroid that slammed into
the moon around 4.3 billion years ago wreaked havoc in the moon’s mantle,
according to a new study” (https://www.space.com/dark-side-moon-crater-impact-imbalance).

There was NO MOON AT ALL LAST NIGHT, although as a third-day waning moon, which, waxing, was preternaturally bright, indicates another cosmic holy war event, alluded to in sorceric magician narrative sleight-of-hand by NASA, for the likely event they’re hiding it that Nebro has struck the lunar half of his mother Tiamat again with his club, the asteroid belt.

“These paragraphs on the true history of the earth may take a few re-readings,
and it is a nigh-impossible feat to summarize!
When Jesus (Esu, Yeshua, Yehushua, Issa, The Messiah, The Word, and The
Light) was first created, he was… a photon and pure Hydrogen manifested of
GOD, the Creator who created creating from nothingness. Different texts (as well
as J.R.R. Tolkien’s SILMARILLION) describe how ‘an autogeneration of vibration
without thought” on the part of Sophia, somehow an aspect/companion of the
Source of All, self-realized a monster (the original Gollum), who she was
immediately ashamed of and hid, but this being, hideous, saw not itself, and
perceived it was god. This is the error spoken of: the error of ignorance. And
please exercise forbearance with me as I try to explain these esoteric mysteries.
They really do have everything to do with food and why human beings need to
eat a plant-based diet!
From piecing together these earliest accounts of primordial history we discern that
the product of Sophia’s (Gaia, the earth mother, Lilith, Ishtar, Isis, Ashtaroth,
Venus, et all), an accident of ignorance, became enraged and attacked his
mother, striking her with his club and severing her body into two parts. Her name
was in one account Tiamat, half her body became what we now call the moon,
and now cold, so metallically hollow that it rings like a bell. Her son’s name was
Nebro, (Nibiru). In The Gospel of Thomas, the apocryphal text that had been
occulted, Jesus tells us his name means rebel.
Tiamat’s veins had gold for blood. Her son Nebro’s (Yaldabaoth, Sam’ael, the devil
by any name) girdle about his body became the asteroid belt that our study of
weather is called Meteorology for. He was banished for what he did, by the Most
High and Christ. Enwrapped in this complicated reconstruction of events is that
Nebro (Nibiru) is Lucifer, who is Satan. The Anunnaki used the primitive humans
created by God to mine earth’s gold which was Enki’s (Sophia, first manifestation
of Ishtar/Lilith/Isis/Ashtaroth) mother’s blood. This is the original Adrenochrome.
Worship and sacrifice to Ba’al – Moloch – by the Hebrews after they began
intermingling and were filled with the psychopathic Wetiko serpent seed ‘virus’ gave
them blood lust like the devil has.
When Christ as the Most High in materialized human form came to intervene it
was a genetic rescue mission. It was prophesied: told in visions, analogies, psalms,
parables: parabolic meaning. Why parabolic? That is the shape of the cycle of
Nibiru. This parabolic trajectory affects the earth’s weather and our souls. Jesus
spoke in parables because the mysteries are so deep, and humans have become
so dumbed down. We were not to have had the fruit of the tree of knowledge.
The hubris of nuclear fission and CERN and the genocide of humanity underway
beyond even our collective ability to grasp how advanced it is and how close the
end of this age is are exemplary of what should have been left to the CREATOR,
who defies all description and exists beyond space and time, beyond any
quantification or our ability to cognify.” – THE ASCENSION DIET EATING TO
ASCEND, page 192-193

Space.com, NASA’s social media online presence of Nibiru cover-up propaganda
narratives, published yesterday that an asteroid had struck Earth’s moon and
knocked it out of orbit to another part of the sky. Of course, the news only
spewed stories of the travel mask mandate controversy, and Russia and the Ukraine.

Read this article with discernment, and recontextualize its lies to truth, as I have
and will continue to explain until I am called Home. The link opens in a new window at https://www.space.com/dark-side-moon-crater-impact-imbalance 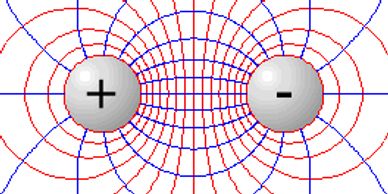 It snowed in the Midatlantic region two days ago and it’s almost May, indicating the chilling magnitude of the electromagnetic forces of the massive Niburu system’s Vesica Piscis. Not only has the growing season been sabotaged – and more – but the he penultimate reason they hide the skies is to prevent humanity from seeing the Holy War beneath the firmament, and there truly is a dark side to the moon, who made the mistake of fashioning the cosmic error behind gain of function.

We are in the days of The Destroyer, and do recall that when Robert
Oppenheimer announced his nuclear success, he called himself that as well (“Now I am become Death, the destroyer of worlds”). Hence the shadowplay of Russia, the Ukraine and tactical nukes dedicated to the destruction of cities all across the face of the earth.

I am eager to know why the rebel attacked his mother again. Or what is left of
her, imprinted as she is on the only side we see with the map of earth’s Atlantean reset with a positive
image just as the Shroud of Turin is the holographic record of the resurrection of
Jesus Christ, the Most High God in human body with 24-chromosome blood on a
DNA rescue mission to save the Elect.

“For it is written, As I live, saith the Lord, every knee shall bow to me, and every
tongue shall confess to God.” – Revelation 14:11

During the last three months (a season) I have wished to publish the running
decoding of Satan’s lies through NASA mouthpieces in the stream of newsletters
I get, but have been unable to. My apologies for being
unable to post due to limited internet access. I wish to thank my readers for their forbearance and prayers and send you abundant love.

Copyright 2022 © Pastor Laura Rohrer Little Brooks
https://EatingToAscend.com | https://TheAscensionDiet.com
https://AscensionOffgrid.com | https://TheImperfectCapitalist.com
https://Elocutrix.com | https://TeaAndTwilightCircus.com
Ways you can support this soul-saving ministry include:
Sharing articles and links
Reading my books
Joining us on Patreon at https://patreon.com/TheAscensionDiet
Donate via Paypal: eatingtoascend@protonmail.com
Or with Stripe: goodprevails@protonmail.com
Also Wise.com, account: P26824048
Buy through my Amazon links. As an Amazon Affiliate, the small percentage
earned from purchases supports this ministry