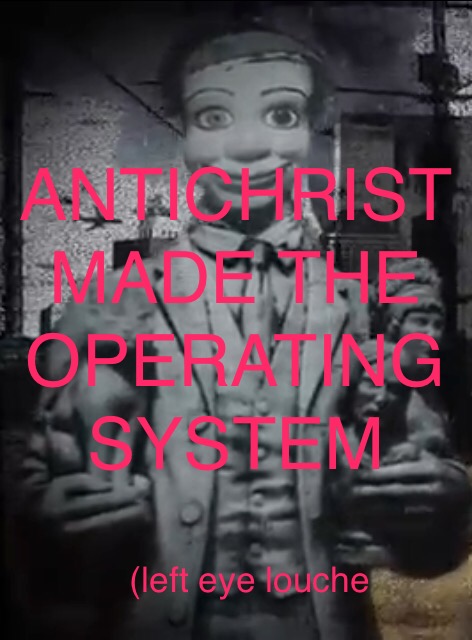 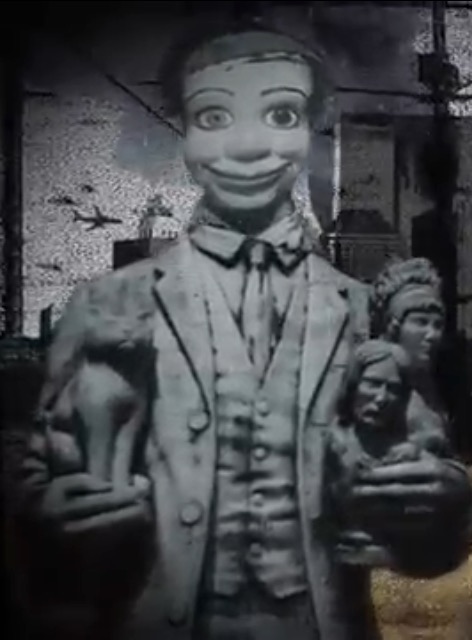 SATAN MADE THE OPERATING SYSTEM

THIS IS YOUR WAKEUP CALL, DON’T BE A DUMMY

“And I will put enmity between thee and the woman, and between thy seed and her seed; it shall bruise thy head, and thou shalt bruise his heel.” – Genesis 3:15

CHEMOSH IS SHAMASH IS LUCIFER THAT THE CENTER “HELPER” CANDLE IN THE MENORAH IS NAMED AFTER, AND IS ALSO NAMED MOLECH, BA’AL, BAPHOMET, ENKI, SOBEK, POSEIDON, MARS, KILL BILL – ALL SATAN IN APPROPRIATED PUPPET BODIES

“Wherein in time past ye walked according to the course of this world, according to the prince of the power of the air, the spirit that now worketh in the children of disobedience:” – Ephesians 2:2

WE ARE PRISONERS IN THE SATANIC OPERATING SYSTEM

“But though he cause grief, yet will he have compassion according to the multitude of his mercies.
For he doth not afflict willingly nor grieve the children of men. To crush under his feet all the prisoners of the earth. To turn aside the right of a man before the face of the most High, To subvert a man in his cause, the Lord approveth not.
Who is he that saith, and it cometh to pass, when the Lord commandeth it not?
Out of the mouth of the most High proceedeth not evil and good? Wherefore doth a living man complain, a man for the punishment of his sins?
Let us search and try our ways, and turn again to the Lord.” – Lamentations 3:32-40

FEAR AND A SNARE IS COME UPON US; DESOLATION AND DESTRUCTION IS 5G

“Thou hast covered with anger, and persecuted us: thou hast slain, thou hast not pitied.
Thou hast covered thyself with a cloud, that our prayer should not pass through.
Thou hast made us as the offscouring and refuse in the midst of the people.
All our enemies have opened their mouths against us.
Fear and a snare is come upon us, desolation and destruction.” Lamentations 3:43-47

KEEP LOVING, KEEP FORGIVING: LOVE AND PRAY FROM YOUR HEART AND SOUL

“And the brother shall deliver up the brother to death, and the father the child: and the children shall rise up against their parents, and cause them to be put to death.” – Matthew 10:21

THIS IS PLAYING OUT AND EVERY HUMAN MUST MAKE A CHOICE. THIS IS NOT ABOUT A RESPIRATORY VIRUS PLANDEMIC: THIS IS THE FINAL BATTLE FOR YOUR SOUL AND ITS NAME IS ARMAGEDDON.

Every post and article I have written for you here in the last two years has been to this end.

“Son of man, I have made thee a watchman unto the house of Israel: therefore hear the word at my mouth, and give them warning from me.
When I say unto the wicked, Thou shalt surely die; and thou givest him not warning, nor speakest to warn the wicked from his wicked way, to save his life; the same wicked man shall die in his iniquity; but his blood will I require at thine hand.
Yet if thou warn the wicked, and he turn not from his wickedness, nor from his wicked way, he shall die in his iniquity; but thou hast delivered thy soul.
Again, When a righteous man doth turn from his righteousness, and commit iniquity, and I lay a stumbling-block before him, he shall die: because thou hast not given him warning, he shall die in his sin, and his righteousness which he hath done shall not be remembered; but his blood will I require at thine hand.
Nevertheless if thou warn the righteous man, that the righteous sin not, and he doth not sin, he shall surely live, because he is warned; also thou hast delivered thy soul.” – Ezekiel 3:17-21
Copyright THE ASCENSION DIET – EATING TO ASCEND