After dark last night I walked out to scan the southwestern horizon, knowing I would see the noctoluminescence of Nibiru, as he arcs back over. The plasma arc storms had begun to pick up again after a few fairly electromagnetically calm days only marred by the power outages caused by the 5G towers they are bringing online in the synchronous, long unbroken stream grid of India. During the night I awoke to multiple flashes of lightning and thunder rumbles reverberating in the Himalayan ampitheater.
(I’ve written about my visions of this before, in Are you Sirius.) 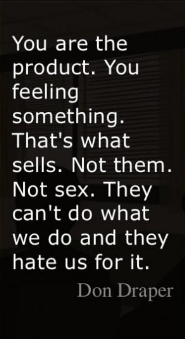 At 7:30-ish AM all heaven began to break loose, and it’s been ongoing, finally with some – not much – rain, but lots of seemingly random wind gusts, which to me sound like communication. I checked the site traffic, amazed at how many want to know about the fact that we are being biometrically datamined and Gates patented it last year. I was looking east at the sky, hearing the frequencies, feeling in awe, and began to sing…

THIS CAROL IS CALLED
“DO YOU SEE WHAT I SEE”

The true lyrics before AI and the Mandela Effect replaced “SHEPHERD BOY” with “NIGHT WIND” – I know this to be true because I sang in choir at Salem Evangelical Lutheran Church in Catonsville, Maryland from age four to fourteen (For My Granddaughter, Why I know we are LIGHT) – are prophetic and describe the twin tail plume of Nibiru / Nebro / Wormwood / Planet X / The Destroyer / Comet Atlas which is making its elliptical precession, and this last time, bringing The Christ, who will be as a flash of light arcing across the sky from EAST TO WEST and one end of the earth (it’s NOT A GLOBE, that’s a LIE to HIDE GOD) to the other, and all shall see this.

That’s the event horizon, the vesica piscis, the translation of your soul, and if your total energy is not a positive value, you will not attain a higher dimension consciousness light body.

Wikipedia, a penultimate disinformation agency, still lists this as the description of the song:

“Do You Hear What I Hear?” tells a story loosely based upon the story of the nativity of Jesus as told in the Gospel of Matthew, incorporating fragments of the annunciation to the shepherds from the Gospel of Luke, though Jesus is never mentioned by name or explicitly identified. A “night wind” tells a lamb of a star, following which the lamb tells his young shepherd that he also hears a loud song. They are each led to a “mighty king,” whom they tell of a child in the cold and ask to bring the child silver and gold (much as the Biblical Magi, which in tradition with prophecies in the Book of Isaiah and Psalm 72 are often characterized as kings, did with their gifts of gold, frankincense and myrrh). The king proclaims a prayer of peace and announces that the child will “bring goodness and light.”[4]

THE STRIKEOUT IS MINE, because the lyrics ARE CONSTISTENT WITH THE CROSSING OCCURING THEN< AND HEROD’S MURDERING OF ALL YOUNG BOYS IN HIS ATTEMPT TO DESTROY THE COMING MESSIAH. THIS HAS BEEN AN ANUNNAKI, ROMAN EMPIRE SATANIC PLANE SINCE OPHECIUS, THE FEATHERED SERPENT INCARNATION OF SATAN, ENKI, POSEIDON, SATURN, HERMES, BA’AL, BAPHOMET, SAMA’EL, ETC – MANY NAMES AND BODY WALK-INS – SET ITSELF AGAINST THE CREATOR.

The lyrics are consistent with the response of Herod the Great, the reigning monarch over the region at the time, who feared the arrival of a new “king of the Jews” and ordered the child massacred. The Magi did not receive word of Christ’s birth from the shepherds (who instead went directly to Bethlehem), but by noticing an astrological event, interpreting it as a new Jewish king, and going to Jerusalem, where Herod informed them of Old Testament prophecies and pointed them toward Bethlehem.”

Do You See What I See?

The vast and myriad levels and degrees of the STRONG DELUSION black magic spell cast upon mankind is beyond human comprehension. Human beings simply do not create evil like this.

I want to show you what I see, in more ways than writing. Here are yesterday’s blog stats: A LOT OF HUMAN BEINGS WANT TO KNOW HOW THEY ARE BEING DATAMINED AS CABAL HUMAN RESOURCES, LOCKED DOWN IN THEIR HOMES, FORCED TO “SOCIAL DISTANCE” DUE TO THE COVID-19 CORONAVIRUS.

HERE’S WHAT WE ARE SEEING – MICROSOFT’S US20200097951 PATENT
And despite the geoengineering and sorcery they are using, we are seeing The Christ Consciousness in ourselves, as CHILDREN OF THE LIGHT.

KNOWLEDGE IS POWER AND THEY WANT YOU IGNORANT. THEIR NUMBER ONE TACTIC IS FEAR, CRAFTED (BE SURE TO USE THE WORD CRAFTED, NOT CREATED, AS THEY ONLY IMITATE CREATION, HENCE THE HEXADECIMAL COPYING OF THE SACRED GEOMETRY FIBONACCI CODE OF LIGHT). They have no light. They’re darkness, and any artist will tell you that white is all colors of the spectrum, but BLACK IS THE ABSENCE OF LIGHT. Lucifer is not the MORNING STAR PRINCE OF LIGHT, ALL YOU DELUDED OCCULTISTS PRACTICING WITCHCRAFT.