They think we are their boiling frogs. Every day the incoming cosmological bodies come closer to the surface of the earth, affecting our environment and our personal biomorphic energy fields. The 5G they are using, which supposedly for the IoT and IoE – the Internet of Things and the Internet of Everything – with its constant and ever-present (as the towers and transmitters are EVERYWHERE now, even just outside homes, feet from doors and windows) assault of low-spectrum millimeter waves, is yet another silent weapon. So even if a person refuses to listen to their broadcasts, watch or listen to their subliminally-loaded shows with the brainwashing consumerism commercials, they are STILL subjected to the mentally, emotionally, physically and psychically aetheric onlaught from within the airwaves – Lucifer’s historically acknowledged realm.

If you are able to witness the skies, especially in the now-general (as it has been varying for the last fews years, the actual degree point on the horizon) area which the ‘sun’ ‘rises’ and ‘sets’. I add remark notations to those words because the real sun astrological cosmological body is often behind Nibiru / PlanetX / the Black Sun / The Destroyer / Wormwood, and the artifical sun and the lens array – all NASA and optics company products at the behest of the governments and alphabet agencies, every one without exception simply an arm of the octopus, the wickedness in high places as described in scriptures and referred to by historians, artists, authors, philosophers and sages thoughout ALL ages. In addition to the physical equipment placed in the sky that follows the sun’s transit (signs and wonders not seen by most, as referenced in Revelation). they have created the elaborate lie called Climate Change / Global Warming, for which they perform Geoengineering. With this, chemicals, heavy metal particulates including Aluminim, Barium, Strontium, aerosolized viruses and vaccines including the FunVax vaccine designed to deaden the portion of the brain in which the spiritual activity of a human is centered, dessicated (dried) blood cells and more are sprayed on us as if we were bugs. We are, to them, less than livestock. They call us cattle. They eat our children alive. Drink our blood. 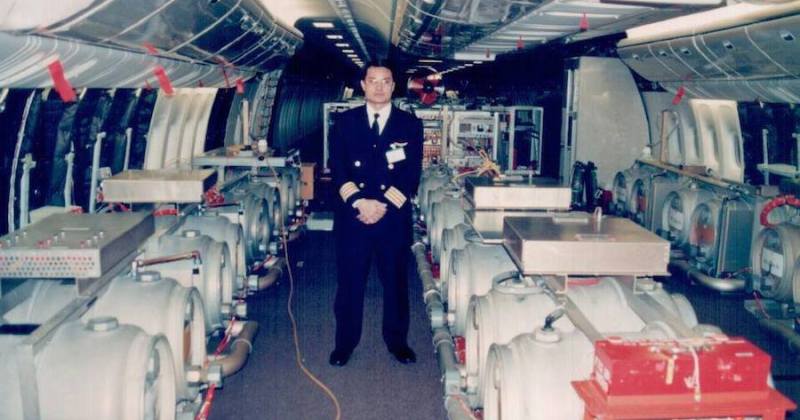 This aerosol injection spraying has been done at least since 1948 in the United States by the Air Force and Navy, and gradually ramped up until people began noticing it about ten years ago. When the 23 trillion dollars “went missing” as Donald Rumfeld said the day before they did the Luciferian Satanic Ritual Sacrifice they titled 9-11 on September 11, 2001, hiding with the missile they sent into the Pentagon structure’s accounting office room to destroy the evidence of their theft, the money they stole from the American people went to fund this so-called “geoengineering” chemtrailing of the earth, and also to pay for the Middle East Wag-The-Dog control the cabal owned mass media calls ISIS and to fight “terrorism”, a thing they created, for THEY are the terrorists, and ALWAYS HAVE BEEN, SINCE LUCIFER REBELLED, that old serpent, the Feathered Dragon, the Leviathan, the one who has numbered days and know it, so is making life for all as miserable as he can.

This is a person – he is one being, a puny, ugly thing – who made a very bad decision.

He only seems overwhelming because he plays upon and preys upon human weaknesses to deceive. But the man called Jesus – Yehushua, Yeshua, The Christ Messiah – as a being of Light, the ONE MOST HIGH CREATOR took human form with his 23 chromosome blood (Ron Wyatt found it and had it independently tested by two different labs, each unbeknownst to the other and neither knowing the origination of sample) and came to earth literally on a DNA RESCUE MISSION. Yeshua taught that we are to DETOX of the parasitic satans within us. His collected talks on this are The Essene Gospels. The powers that be, which are figureheaded by the catholic church, begun by the Romans, have – and continue to – hide this truth from humanity.

I AM REVEALING IT AND FOR THIS I AM PERSECUTED. But I have swum against the stream all my life, and God made me this way for a reason. I wish I had known all this sooner, and had raised my children with this knowledge, but they do have my DNA, and my prayers. Regardless of whatever I may wish, all of this is GOD’s PLAN AND THEREFORE IS PERFECT. So I share it as I should, as it is right, and I choose LOVE, for Eternity. LOVE IS THE PERFECT LAW OF LIBERTY and is HOW WE FREE OURSELVES AND OTHERS. Kapalbhati Pranayama, the etheric human battery system, compartmentalism and us touches on this through every breath we take, as our lungs are where our wings attach: BREATH OF LIFE.

The slow, cumulative effects of the malicious acts perpetrated with intentional planning, cunning and force since the very beginning of time here on earth upon all humanity on all levels are to destroy us completely. This is no game. This is not a “conspiracy theory”, which, like other terms used by people, is a phrase coined by the cabal’s alphabet social steering agency lackies (devotees of Lucifer) to discredit truth and to discredit all who work to uphold what it right and reveal it, and the lies they tell to kill us.

Please heed my words, and those of others who, like me, put themselves out there to clue you in. Because if you do not gnow (the real etymological root of the word “know” or “knowledge” is “Gnosis”, what is referred to as the “Mystery School Knowledge”, what the ancients – why I and others read the ancient texts the catholic church hides – were aware of and what the Cathars had and why they were killed by the catholic church in the so-called Crusades) this, you are ASLEEP, exactly as they want you, exactly as in the movie THEY LIVE, or the proles in George Orwell’s 1984, or any app-using, craft-beer swilling John or Jane Doe you know millenial order-follower who is a success in today’s world.

WAKE UP.
Or you WILL be their boiling frog. One of many: the majority, actually.

AND IF YOU ARE AWAKE NOW, BE PREPARED.

Even the POTUS has told the people multiple times in the last year, as recently as during the July 4th-ish earthquakes in California and the Invest92L ‘weather event’ and the so-called ‘tropical storms’ which are really the crossing of Nibiru that people need to prepare for a grid-down situation [with a six month water, food and all-needs supply to shelter-in-place at home] (words in brackets my own). FEMA camps are ready: they’re your WALMARTS, TARGETS (what’s in a name, eh?), Lowe’s (again sic), and just look at the parking lots as they are re-done: think… unless you have board pieces or chocks or landscape timbers or logs, how would you get out if the military or police (military: they hate us) were to trap you in? YOU’RE NOT.

Your cell-phone is your RFID chip. Why do I believe that? Because it syncs with and influences your biomorphic fields: your thoughts, your endocrine system, heart rate, pulse, temperature. You use it to have your identity confirmed before you are allowed to use any service or purchase one single thing from a bank or company online. It has retina sensors. IT SENSES YOU. It’s the Mark of the Beast.

The beast is also within you if you are not detoxed. Unless you detox, your body is an antenna. The probiotic cabbage juice will be a great help, and is very affordable. You MUST work against the neural lace created by heavy metals, chemicals, funguses and yeasts. THIS REDUCES THE TARGETING AND THE GANGSTALKING MKULTRA MIND CONTROL.

THEY HAVE NOT LEFT A STONE UNTURNED IN THEIR MACHINATIONS OF EVIL TO TRY TO KEEP US FROM ASCENDING.

THE STONE THE BUILDERS REJECTED HAS BECOME THE CORNERSTONE. – Psalms 118:22.

And it is in US. Grasp it in yourself. Cleanse, detox, decalcify your pineal gland, raise your vibration, LOVE. 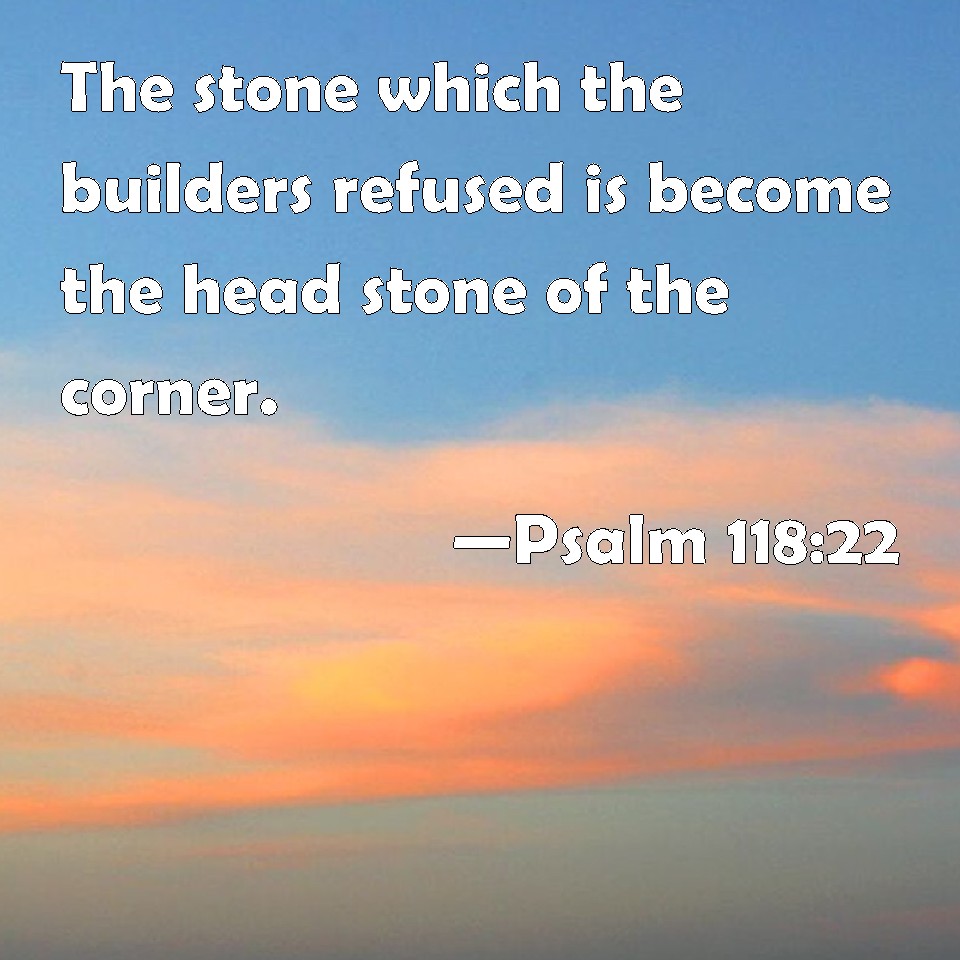