DO YOU KNOW THIS FACE? 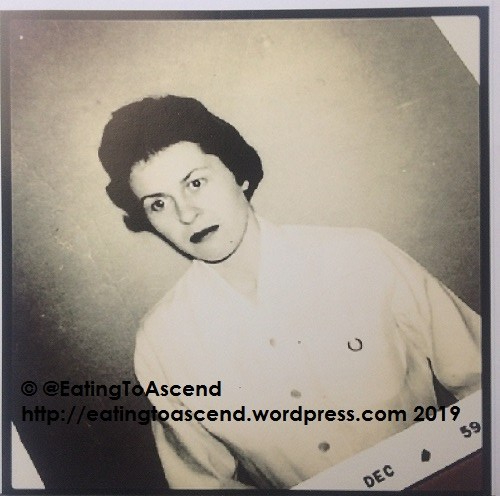 This woman was a nurse in Washington D.C. and Maryland, working at Washington Hospital Center, Bethesda Naval Hospital, and then Bon Secours and St. Agnes hospitals in Baltimore. She received her nursing degree from Washington County Hospital in Hagerstown, Maryland, a short drive from Camp David. Upon graduating nursing school, she became an assistant to leading cardiac research doctors, and was one of the country’s first critical care nurses, which at that time was called “coronary intensive care”.

She worked full-time nights in the hospitals, and had charge of one patient per shift. She controlled their respiration, fluid intake and output, post-operative care including aneuryisms, heart replacement, bypasses and stents, pain management and oversaw keeping patients in medically induced as well as natural cause [sic] comas. (She wrote their care plans while drinking scotch and smoking Salems at her breakfast room table.) She was more like an angel of death than a nurse restoring life. She drank, smoked, and took sleeping pills, amphetamines, antidepressants, diuretics, wore Jean Nate perfume and emulated Jackie Kennedy while acting like an entitled Jewish Princess. She was a “swinger”, and her husband was a four-year warship U.S. Navy musician during the Korean War, who then went on to his masters in music, was in Beatnik and jazz bands yet became a public school instrumental music teacher, deacon of his church (Lutheran) and adult choir director. They both drank alcohol daily, partner-swapped with friends, beat their children on top of the beatings she received at his hands when she voiced her unhappiness with their lifestyle. They were good-looking, fashionable, and respected in their work and the community.

Do you recognize her face? Is she in your nightmares?

Because that’s my mother.

My mother, a coronary care [sic] nurse, tortured people and monitored their responses, keeping patients on respirators, EKG, EEG and IVs, determining when to tell the doctors to drug them, and controlling – or neglecting to treat – the maintenance of their excretory functions. Her cold, Mengele-like presence is all their souls had while they hung in life’s last balance. This is who raised me, and I was early MKUltra. My first year of life was being “kept tied spread-eagled in the crib with Ace bandages, sedated with liquid opiate Paregoric, with my body functions controlled by diuretics, laxatives and enemas”… her words, admitted to me about twenty years ago.

While the memories of what was done to me in my local environment by these monstrous parents were never buried, it has taken me a lifetime to discern the shadowpast background of REM cloned constant satanic ritual abuse, and their facilitation in making me (and my brothers) available to the cloning program. What a boon it must have been for them, financially, and in terms of the sick prestige and Sixtie’s hip echelons of society they were allowed into, to have had a highly intelligent, extremely verbal and multi-talented first girl child. My memories go back as early as eight or nine months. I see the faces, I see the animals, I feel the pain and I bear scars.

End of part one of my disclosure.