Dr. Charles Hoffe, Lytton, British Columbia, gave an interesting interview concerning the Moderna mRNA ‘vaccine’. “The mRNA vaccine should not be called a vaccine. It is a gene therapy, not a vaccine.” The FDA has the Moderna shot listed as a Gene Therapy. ‘It is a gene that is put into your body to induce antibodies to the Corona virus spike protein. There are twenty types of tissue in the human body that have spike proteins, so the potential is that this so called vaccine could trigger an autoimmune response to some part of your own body. Dr. Hoffe believes that the miscarriages women are having who have had the Covid ‘vaccine’ are caused by the antibodies these women now have to their own placenta, which is a tissue that has spike proteins. In other words, they are now vaccinated against all future pregnancies because the placenta is one of the twenty tissues in our bodies with spike proteins. Their mRNA gene therapy inoculation will induce antibodies to their placenta causing them to have a miscarriage every time.’

Dr. Hoffe wrote two letters documenting the reactions – and deaths – of his patients after that had been “vaccinated”.
https://theduran.com/two-open-letters-from-a-doctor-concerning-covid-vaccines-video/ and a PDF of his letters is here as well

This is far deadlier than the mother being Rhesus-negative. There is no treatment or sensitization for this. It’s depopulation, just one of the many avenues death is being administered.
And it’s much more than that.
One of the Four Horsemen of the Apocalypse, prophecy fulfilled.

In addition, what baby in the womb, as small as it is, could survive the instantaneous change in developmental blueprint? Perhaps the death of the baby comes first, and the uterus, also in distress, the strongest muscle in a woman’s body, goes into spasms and pushes out the baby. And so on a perpetual level, the female is self-Rh Negative. 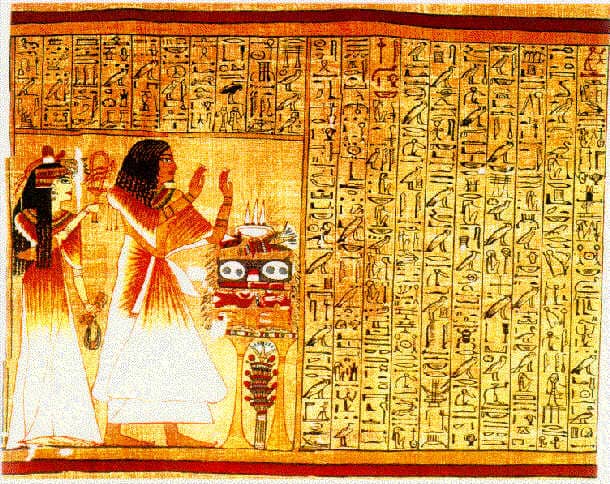 The depths of evil Satan’s heirophant medical magicians wreak is mindblowing. The pharmakeia of the fallen angels is what is causing these miscarriages. The Rhesus negative blood type is the ancient bloodline of the Nephilim. Claus Schwab, World Economic Forum leader  and author of the book The Great Reset, states that “No one is safe, until everyone is vaccinated.” Almost all world leaders repeat that mantra (and the ones that don’t seem to have heart attacks), and it seems to me that in their depopulation agenda there is also a backdoor for those who are already mostly Nephilim. And those who are get Creutzfeldt-Jakob  prion zombie disease, spongiform encephalitis, and die within a year. 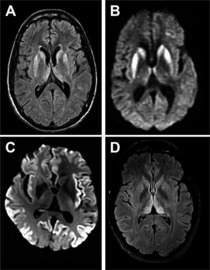 “New theories propose this enigmatic and somewhat rare blood group may indicate non-human traits in the genetic makeup, basically meaning that Rh Negative blood is somewhat different than conventional DNA found in homo sapiens.
The Nephilim in Hebrew is translated ‘to fall’ and is interpreted by many as ‘the Fallen Angels’ due to mentions in ancient texts. Interestingly, the Bible, the Talmud, and the Koran refer to the Nephilim as the ‘fallen angels’, or the offspring of the gods.

“The Nephilim were in the earth in those days, and also after that when the sons of God came in unto the daughters of men, and they bore children to them; the same were the mighty men that were of old, the men of renown.“ – Genesis 6:4

Genesis 6:1–4 tells the readers that the Nephilim, which means “fallen ones” when translated into English, were the product of copulation between the divine beings (literally sons of God) and human women (literally daughters of Adam). The Nephilim are known as great warriors and Biblical giants (see Ezekiel 32:27 and Numbers 13:33).
Interestingly there are some researchers who firmly believe that there is an enigmatic truth sealed away from the public linking humans with Rh-negative blood to otherworldly origins. Robert Sepehr provides further insight into the enigma behind RH Negative:
“There are 612 primate species and subspecies recognized by the International Union for Conversation of Nature (IUCN), and not one has Rh-negative blood”. – Robert Sepehr, Species with Amnesia: Our Forbidden History
Rh factors or ‘Rhesus factor’ was first discovered in the blood of Rhesus monkey. According to Sepehr, if mankind evolved from the same African ancestor their blood would be compatible, but it is not. Nearly 85% of all human beings have RH positive blood, yet ALL royal families have Rh-negative blood.
Today, there are numerous enigmatic traits connected to this ‘rare’ blood type and there are many questions that researchers such as Spehr are trying to answer. Where did Rh-negative blood come from?
And why is it that an Rh-negative mother carrying Rh positive children tries rejecting her own offspring?
Is it possible that this can be explained by a rather controversial theory?
A theory which suggests that humanity isn’t, in fact, one race, but a hybridized species.
Other theorists who share Spehr’s view believe that there are other traits that characterize Rh negative humans: Higher IQ, sensitive vision, lower body temperature, higher blood pressure, increased occurrence of psychic/intuitive abilities, predominantly blue, green, or hazel eyes, red or reddish hair, increased sensitivity to heat and sunlight and in some cases, an extra vertebra.” Source: https://www.ancient-code.com/rhesus-negative-ancient-bloodline-nephilim/ 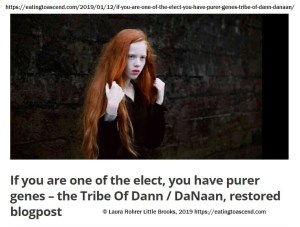 I discussed the Rh-negatives in my family, and the Tribe of Dann here

So essentially, in crafting the mRNA CRISPR gene therapy injection, thay have utilized previous hybridization techniques to cause the mother to self-abort. It was them who taught how to perform abortions in the first place.

“But you, brethren, are not in darkness, so that this Day should overtake you as a thief. You are all sons of light and sons of the day. We are not of the night nor of darkness. Therefore let us not sleep, as others do, but let us watch and be sober.” – 1 Thessalonians 5:4-6

If you benefit from my work, please consider donating – any amount helps! Your support is needed now more than ever in this time of tribulation as I endeavor to transmit essential, soul-preserving health information and techniques while working to establish an offgrid community of fellow Children of The Light that will survive until the end, as it is written, ” Wherefore take unto you the whole armour of God, that ye may be able to withstand in the evil day, and having done all, to stand.” – Ephesians 6:13
Join my Patreon group at https://patreon.com/TheAscensionDiet where you can select the tier you are comfortable with, ranging from $10.00 monthly and up to the OFFGRID Tier where you can be a founding member of the Ascension Offgrid https://AscensionOffgrid.com (site under construction)
PayPal donations may be made to eatingtoascend@protonmail.com – choose “Friends and Family” as the payment option. Competetive rate world-wide donations may also be processed through Wise.com to account P26824048.
MOST PREFERRED: Donations of cash, checks or money orders, email for address.
I also accept donations of gold and silver in any size or amount.
No digital currency, please: that is against the Laws of the Most High God for reasons explained throughout this website. The blockchain is human biometric datamining, and an integral part of the Soultrap.
Unauthorized use and/or duplication of this material without express and written permission from this blog’s author and/or owner is strictly prohibited. Excerpts and links may be used, provided that full and clear credit is given to Pastor Laura Rohrer Little Brooks and The Ascension Diet – Eating To Ascend with appropriate and specific direction to the original content.
Link Disclaimer: inclusion of links to other blogs/websites is not necessarily an endorsement of all content posted in those blogs/websites.

“Confirming, by a triumphant question defying all contradiction, as an undeniable fact, 1 John 5:4, that the victory which overcomes the world is faith: “I believe that unarmed truth and unconditional love will have the final word in reality. This is why right, temporarily defeated, is stronger than evil triumphant.” – Dr. Martin Luther King, Jr.