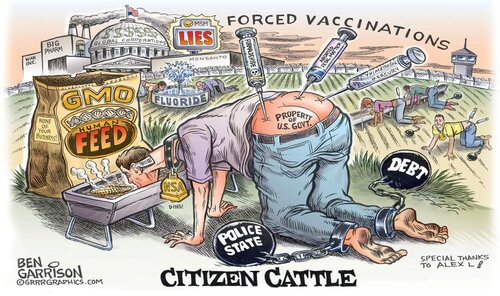 By Stefan Stanford – All News Pipeline – Live Free Or Die

Back at the end of December of 2020, we published this story on ANP within which we reported that according to one vaccine creator, Covid-19 outbreaks will be with us for at least the next 10 years, aligning ominously with the United Nations 2030 agenda.

As Yahoo news reported of that story, the creator of the world’s first approved Covid-19 vaccine, Ugur Sahin, the CEO of Germany’s BioNTech which partnered with big pharma’s Pfizer to create a vaccine in less than a year, had warned the virus may survive and be with us for many years to come.

With the website Nature.com also reporting just days ago that Covid-19 is here to stay, and the mainstream media heavily using stories like that to push ‘vaccines’ as the ‘answer’ to this mess our world is in, a massive truth bomb was recently dropped upon all of their arguments in this mega-viral Wall Street Journal story (saved at archive).

And as Dr. Marty Makary, a surgeon and professor at the Hopkins School of Medicine and Bloomberg School of Public Health, argued within that Wall Street Journal story, according to the numbers he’s been crunching, Covid-19 ‘will be mostly gone by April’, with cases already allegedly dropping 77% in the last 6 weeks alone.

So while Covid-19 came along at the perfect time for Democrats to steal the 2020 election by providing an excuse for 10’s of millions of unverifiable write-in votes to be cast for Joe Biden, we shouldn’t be the least bit surprised that ‘the dogs are being called off’ with this beast absolutely wrecking the US economy and Democrats now taking the blame for that with them running (into the ground we’ll add) the White House and Congress.

So we’ll be taking a look within this story at that viral Wall Street Journal story in which one medical expert exposed the so-called ‘establishment medical experts’ while claiming this pandemic and virus will be mostly gone by April, less than two months away. As well as taking a look at the massive censorship now coming from ‘big tech’ and the Biden administration about the safety of the vaccine along with the role Bill Gates, ‘big pharma’ and the Democrat establishment are playing in ‘crushing vaccine safety dissent’ in America. 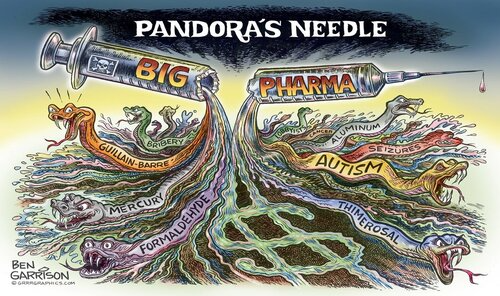 With the Vatican now taking a huge pro-vaccine stance, with NBC 12 reporting that any Vatican employee who refuses to get a coronavirus shot without a valid medical reason risks being fired because ‘refusing a vaccine can constitute a risk for others’, how long will it be until we begin to see the same thing in America, with people losing their jobs for refusing vaccines, or losing their ability to travel freely or even go to the grocery store?

Yet as the Children’s Health Defense Team recently reported in this story that Steve Quayle had linked to on his website, “One-Third of Deaths Reported to CDC After COVID Vaccines Occurred Within 48 Hours of Vaccination.”

So while ABC News had reported just weeks ago that according to one of their ‘fact-checks’, no link had been found between COVID-19 vaccines and those who died after receiving them, we have absolute proof that AT LEAST 1,170 reports of death among individuals in the U.S. who received a Covid vaccine happened between Dec. 14, 2020 and Feb. 7, 2021. Just sad ‘coincidences’?

As we’d warned within this February 14th ANP story, with ABC News Australia reporting back in 2020 that “We’ve never made a successful vaccine for a coronavirus before – This is why it’s so difficult”, should anyone have any reason to believe that this ‘Operation Warp Speed’ vaccine will be safe and effective? And why should anyone take the vaccine when ‘herd immunity’ is allegedly only months away? From this Wall Street Journal story.:

Amid the dire Covid warnings, one crucial fact has been largely ignored: Cases are down 77% over the past six weeks. If a medication slashed cases by 77%, we’d call it a miracle pill. Why is the number of cases plummeting much faster than experts predicted?

In large part because natural immunity from prior infection is far more common than can be measured by testing. Testing has been capturing only from 10% to 25% of infections, depending on when during the pandemic someone got the virus. Applying a time-weighted case capture average of 1 in 6.5 to the cumulative 28 million confirmed cases would mean about 55% of Americans have natural immunity.
There is reason to think the country is racing toward an extremely low level of infection. As more people have been infected, most of whom have mild or no symptoms, there are fewer Americans left to be infected. At the current trajectory, I expect Covid will be mostly gone by April, allowing Americans to resume normal life.
Antibody studies almost certainly underestimate natural immunity. Antibody testing doesn’t capture antigen-specific T-cells, which develop “memory” once they are activated by the virus. Survivors of the 1918 Spanish flu were found in 2008—90 years later—to have memory cells still able to produce neutralizing antibodies.

So with the mainstream media and many politicians still heavily pushing this vaccine as ‘the answer’ to this pandemic, and now Joe Biden claiming we’ll have enough vaccines to have the entire US population vaccinated by summer time, how long will it be until we hear the Vatican’s argument being pushed by government here in the USA? “Those refusing a vaccine constitute a risk to others!”

If and when we start to hear that argument from politicians here in America, we’ll know that mandatory vaccinations for the entire population are on the way, with potential ‘red-list-style roundups’ awaiting Americans who refuse to be voluntarily vaccinated, with more evidence of that being an MSNBC host who suggested on air that America should treat Covid skeptics as ‘domestic terrorists‘. 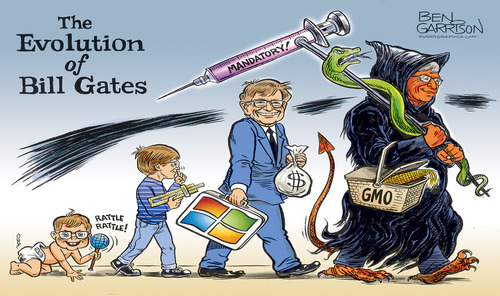 With some good news in this battle for Americans being able to control what is put inside of our own bodies being this recent story over at the Epoch Times which reports that according to the Pentagon, roughly one in three US troops have refused to be injected with the vaccine, more bad news for ‘vaccine freedom of choice’ and the 1st Amendment can be found in this recent Zero Hedge story reporting the Biden administration is working directly with ‘big tech’ to crush vaccine dissent. From that story.:

Reuters reports The White House has been reaching out to social media companies including Facebook, Twitter and Alphabet Inc’s Google about clamping down on COVID misinformation and getting their help to stop it from going viral, a senior administration official said.

“Disinformation that causes vaccine hesitancy is going to be a huge obstacle to getting everyone vaccinated and there are no larger players in that than the social media platforms,” a source with direct knowledge about the cooperation told Reuters.

The White House previously acknowledged working with tech giants like Facebook and Google on the issue, but direct engagement was not confirmed, Reuters said.“We are talking to them … so they understand the importance of misinformation and disinformation and how they can get rid of it quickly.”

The source told Reuters that the companies “were receptive” as they engaged with the White House.

“But it is too soon to say whether or not it translates into lessening the spread of misinformation.”

With Bill Gates, Dr. Anthony Fauci and ‘big pharma’ labeling vaccine safety skeptics as ‘crazy conspiracy theorists’ despite the fact that even ABC News Australia had definitively reported “a successful vaccine for a coronavirus had never been developed”, and now ‘big tech’ and the White House signaling an information war against those who don’t trust the safety of vaccines, in the final video below titled “The Contagion Myth”, Sally Fallon Morell, Thomas Cowan, M.D. and Mike Adams discuss this “plandemic” that has allowed the globalists to lock down America.

The 2nd video below from the Children’s Health Defense League is titled “‘TRUTH’ With RFK, Jr: Standing Up to Big Pharma – An interview with Russell and Samar Okung” within which we hear ‘the gift of critical thinking’ is a blessing in 2021 America with the globalists all pushing this vaccine as the ‘solution’ to this ‘scamdemic’.

And while the msm will continue to push the ‘vaccine safety’ lie because it is the globalists agenda, in the first video below, we hear from an Ivy League doctor/whistleblower who confirms for us that the Covid-19 vaccine is now killing people while corroborating the theory expressed in this February 14th ANP story warning of the deadly consequences of experimental vaccines now being pushed on the American public.

The delegates of Satan who forced me to take the Covid Swab test after I was place IN BONDS for saying the TRUTH need to watch these videos.

In September 2019 I was banned from Instagram, and in October 2020 banned on Twitter, so please share my posts there if you can!
And if you benefit from my work here, please donate on PATREON at https://patreon.com/TheAscensionDiet or on PayPal to eatingtoascend@protonmail.com
I do really need your support, now more than ever in this tribulation! For how to make a cash donation please contact me at: eatingtoascend@protonmail.com. I also accept donations of gold and silver, of any size or amount. No digital currency, please: that is against the Laws of the Most High God for reasons explained throughout this blog.

As an Amazon Affiliate, a small percentage of qualifying purchases go directly to supporting this website’s ministry.