From the mouth of the beast itself, collectively called Wikipedia: The Dacian Draco [draˈko] was the standard ensign of troops of the ancient Dacian people, which can be seen in the hands of the soldiers of Decebalus in several scenes depicted on Trajan’s Column in Rome, Italy. It has the form of a dragon with open wolf-like jaws containing several metal tongues. The hollow dragon’s head was mounted on a pole with a fabric tube affixed at the rear.

ROME HAS ALWAYS BEEN THE DRAGON KNOWN AS LUCIFER AND MANY OTHER NAMES AND EMBODIMENTS, BEING A POSSESSOR AND SHAPESHIFTER. DO YOU RECALL HOW THE INVENTOR OF THE D-WAVE QUANTUM COMPUTER, GEORDIE ROSE, SAID THAT BEING IN ITS PRESENCE WAS LIKE WORSHIPPING AN ALIEN god?

LUCIFER IS THE AI. CHINA MADE AND RUNS ZOOM. WTF UP AND GET OFF PLASMA SCREENS AND APPS #soultrap

Giving thanks to The Creator that the truth about the FunVax Anti-VMAT2 “fundamentalist” vaccine which has been deployed on humanity since long before Bill Gates presented it to the US DoD in 2005 is now becoming a part of the knowledgebase in the community of those who are sharing truth. Armed with this knowledge, human beings can better refuse the CRISPR Human DNA Re-engineering injection which enables RFID tracking through apps and nanotechnology in the body. The nanotechnology component of this mass miscegenation into transhuman entities was “officially” begun in 1995 with OPERATION NANO DOMESTIC QUELL. The man who released that document – and his family – were murdered shortly thereafter: poisoned…

To continue reading the rest of this article, part two of THE CCP ELECTION BALLGRIP OF BABYLON, ACCORDING TO PROPHECY, go to The Ascension Diet on Patreon, where you can join for as little as $3.00 a month at https://www.patreon.com/theascensiondiet

And remember! Unless you DETOX, your BODY IS AN ANTENNA FOR MIND CONTROL. 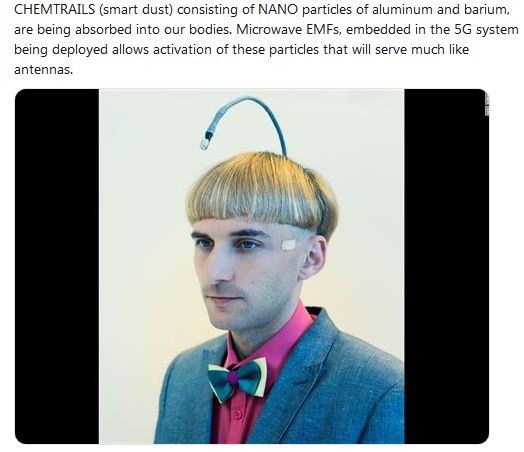 On October 23, 2020 I was BANNED by TWITTER, so please share my posts there – if you can!
And if you benefit from my work here, please donate on PATREON at https://patreon.com/TheAscensionDiet or on PayPal to eatingtoascend@protonmail.com
I do really need your financial support, now more than ever in this tribulation! For how to make a cash donation please contact me at: eatingtoascend@protonmail.com. I also accept donations of gold and silver, of any size or amount. No digital currency, please: that is against the Laws of the Most High God for reasons explained throughout this blog.

“IN PSYCHIC SPACE, THE MORE YOU HIDE SOMETHING, THE BRIGHTER IT SHINES.” – Russell Targ, C.I.A. Psychic and Remote Viewer