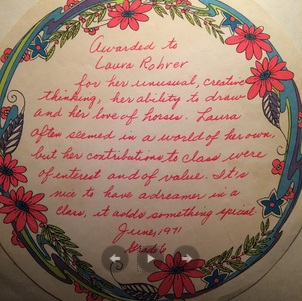 Like all of us humans, I was devalued and reiterated, recontextualized, diluted and drawn down to a subservient identity by the narrative of the world around me in which I was born, raised, and tried to survive in. My memories begin at nine months old, and many of them are supernatural events, but I was classified as “imaginative”, a “dreamer”, or “too sensitive”. I developed worry lines in my forehead and brow, and began growing a white streak in my dark hair when I was twelve. After my brother was mind-controlled to suicide, he 20, I 24, I launched an investigation into his death. The Howard County, Maryland police were at that time embroiled in an investigation because the department was run by twin brothers, two Aryan blonde men I met, and they were actually speaking in german and acting like Nazi SS and wearing tall black leather boots and doing “Heil Hitler”, snapping their boot heels together. That was happening just before Charlie died in 1985. So they tapped my phone and had unmarked cars following me, parked outside my house, and when I had the telephone company – all landlines then – trace the tap they confirmed it was tapped, but that it was at a higher level and they said they had to elevate my complaint to the Federal Communications Division. I never heard another thing. I began hearing radio-like buzz in my ears. I began to be terrifically, desperately depressed. Of course my life collapsed with the loss of Charlie: my closest brother and, really, a best friend. I had been studying Pre-Med for the past 5-1/2 years and just been awarded the American Chemical Society’s Award for Acheivement in Organic Chemistry, was offered jobs with Merck, DOW and McCormick Spice. But I was set on the full scholarship that Johns Hopkins Medical School awarded me, waiving the MCAT (medical college admissions test). Charlie was my children’s babysitter. I was going to buy a farm after med school once I was a doctor. I PLANNED TO BE A SHOCK TRAUMA SURGEON.

I foresaw his death in a vision 23 hours and fifty minutes before it happened.

When pregnant with my daughter five years before, I had a vision of the world ending, written about here as NOT FOR A CONSTANT MOMENT BUT THE WORLD WILL BE OBLITERATED.

In January 1971 I was drugged at age eleven when I woke up sensing my mother’s boyfriend was planning to set our house on fire. I woke up twice, he twice gave me “hot toddies” to make me sleep, and after he doused the kitchen with gasoline he left. My beagle woke me, and I was able to save my three younger brothers. The arson and attempted murders were motivated by the Gerber Life Insurance Policy I was asked to bring home from elementary school by Mother and “Mr. John”. People do bad things. Even parents.

Just four months before that (and before Mr. John moved in), I sensed that something was wrong with my mother and managed to get into her locked bedroom and save her from a sleeping pill overdose. She was foaming all over, foam coming from her nose and mouth, and close to death. She was in the hospital three days. She took an entire bottle of sleeping pills. I had had cold chills the previous four hours while downstairs taking care of “the boys”: making dinner, doing their homework and baths with them, getting them to bed. I could not stop shaking. Age eleven, sixth grade.

I could go on. All of this is called PSYCHIC ABILITY. I substantiate with a few examples to make my point and also spark remembrance in my readers. Children of the Most High God are often clairvoyant and visionary: prophets. I know I am.

I published the following on THE ASCENSION DIET Patreon group for the supporters, and readers of this blog have the choice to join others there and access the ropeworm cleanse as well as the private Proboards forum. They also have direct access to communication with me, and one-on-one detox support. In the times approaching us, almost here now, where we will be completely cut off from each other and ways to detox and stay human, connecting with others who are working for the Most High God is good. It’s all there is. They’re killing us in the name of Posthumanism. I have said this here many times: we are in a Holy War and they are trying to trap our souls as etheric chattle in their cloud storage and hell on earth, which will be destroyed by fire when the singularity event comes: the light of the Messiah, Jesus Christ. If you have questions, just read my last 500-some blogposts and articles. Keyword search in the box up on the right. Go ahead and look at how they hid what the Shroud of Turin proves, and the chromosome results when Jesus’s blood was collected and tested in blind trials by independent labs. READ the ancient texts, scriptures and apocrypha they hid. READ the Targum bible. Everything in the Dead Sea Scrolls. LOOK AT IMAGES FROM HISTORY. DECIPHER AND DECODE THE WORDPLAY, ACRONYMS AND SYNTAX MANIPULATION THEY MANIPULATE.

Let me tell you, the entire world government and administrating, regulatory structures of every category and kind are Satan’s Kingdom. This really is a prison planet. The ONLY way to save your soul is through understanding and admitting that Jesus Christ lived, died and was raised from the dead body, and is the Light of The Creator of Creation, the Most High God.

KILL YOUR TELEVISION was the bumper sticker I saw on the back of a car in 1974 walking home from school after just finishing reading 1984 at age 14. That’s when I UNPLUGGED. Have you yet?

Thank you for reading here, and please absorb what I am about to tell you about the EMPCOE (s) and the TEOTWAWKI… 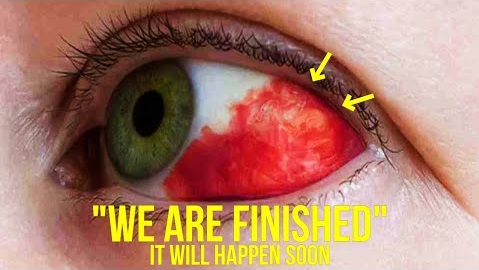 I have remote viewed the last days for over forty years. The “unexpected like curveballs” humans didn’t expect were 5G and the thing called Covid (one and same, essentially). People are becoming aware of the agendas taken by the reptilian races against humanity, like the 1995 Operation Nano Domestic Quell, NASA’s War Document, Rockefeller’s Operation Lockstep, Event 201, et cetera… and that’s needed. People are waking up and CALLING FOR AN UPRISING – that’s needed too.

But not the type of uprising that they’re thinking.

Look back at all of the uprisings, revolts and revolutions that we are still somehow able to have some knowledge of, considering that they erase all the evidence and rewrite history with narratives (lies). Have any “taken”? Have they lasted? Ahs any change ever happened for good, long term?

This world is Satan’s realm, and…

THE GRID-DOWN, WORLDWIDE EMPCOE IS HUMANITY’S SAVING GRACE FROM 5G.

That EMPCOE? No power, no water, no electricity, exploding gas lines, no food, illness, death? I should say, THOSE EMPCOES, because there will be many… PLASMA DISCHARGES…

We NEED those intermediate EMPCOES to occur because people need to be saved from 5G, the Skynet / Spacefence / Operation Solar Warden / Fowler’s Snare / SOUL TRAP which uploaded a human’s consciousness – their soul – into the scalar multidimensional grid of non-local spacetime we REALLY exist in, separated from our meatsuit bodies we are given in this life to refine the dross from our being and COME TO KNOW THE MOST HIGH GOD.

Not only GOD, but GOD as His son the Messiah.

The Shroud of Turin is the evidence that Christ rose from the dead from within with the burst of energy equivalent to a supernova. THEY HID THIS TRUTH. This coming singularity event is the final kali yuga. THEY HIDE THIS TRUTH.

All who reject this are victims, caught in struggles so ancient it’s almost unknowable. Reading the apocrypha explains this, but they hid those texts too. Christ lived in India during his “lost years” and he condemned their caste system and the religion that had developed called Hinduism now.

THEY HIDE THIS TRUTH.

They need to make a transhuman RNA-based species to parasitize in another dimensiion, known as HELL.

The reason humanity needs to EMBRACE AND WELCOME THE EMPCOES IS THAT THE LOSS OF THE POWER GRIDS WILL SHARPLY REDUCE THE NUMBER OF 5G TOWERS.

The image of the eye hemmoraging from 5G is what caused this epiphany. If you look closely you can see the tiny worms in the schlera (the white of the eye) which have burst. Detoxing and removing as many parasites as possible is a major help in avoiding “Covid” and EMF damage.

When people are thinking about how to fight these monsters rolling out their evil plan, they need to realize that they have already been informed from where their help comes. Every eye shall see and every knee shall bow because the veils will drop when the grids go down.

Embrace the power grid failures as our saving grace. Groundswell revolts won’t stop Satan’s agendas. As I remote viewed at age 19 with the vision NOT FOR A CONSTANT MOMENT BUT THE WORLD WILL BE OBLITERATED, the 5G’s winnowing effect will weed the fields of populace, and then the EMPCOEs will give those who remain time to think, to awaken, to atone, and confess the power and glory of the Most High GOD and His son, Jesus Christ.

Those who are not resonating with these words are still journeying. Keep reading my words. I’m on the path, shining the light for you.

I will end with a few random bits. No one is selling Christmas trees this year. AT ALL. Normally there are parking lots full of them. NONE, and no one is even remarking (not that I would buy one, just saying).

Stop buying beverages that are pre-made including juices. I foresaw all beverages being vehicles of biomarker nanotechnology. Not to mention the flavorings. Make your own juice by pressing fruits, make kombucha, teas, drink tons of your distilled water (I drink two gallons daily and have for three years now, and am ridiculously healthy).

In preparation for the coming grid-down EMPCOEs, set aside all the preps you can, but know this – AND I CANNOT STRESS THIS ENOUGH – if your pineal gland is decalcified and you have detoxed of the greater proportion of heavy metals, parasites and synthetic biology, you will be POISED to be able to SEE THE TRUTH WHEN HE COMES AS THE LIGHT OF THE SINGULARITY EVENT. The Father of ALL CREATION knows His Children, and will weigh the heart. DO YOUR BEST.

And definitely embrace the EMPCOE as your friend in destroying the 5G!

In the next blogpost article I am providing three concrete concepts you can apply to your life in order to refuse the mark of the beast.

P.S. Logging back in to document that each time I post here the DEWs dialed in on me PUNISH ME for publishing to the public. I am being caused intense auditory and brain pain for being honest, for whistleblowing, and mostly – for being HUMAN and TESTIFYING TO THE WORLD THE TRUTH THEY HID ABOUT JESUS CHRIST.
I wrote this postscript once and was hit with a DDoS attack immediately upon hitting “UPDATE”.
I don’t back down, Satan and your deplorable minions.

© Laura Rohrer Little Brooks, December 7, 2020
https://eatingtoascend.com @EatingToAscend Suspended on Twitter – Please ask for my account to be reinstated!
Join me on Patreon! https://patreon.com/theascensiondiet