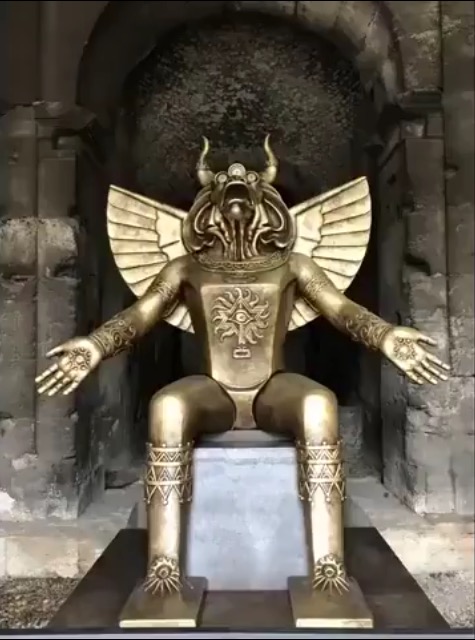 The POTUS and the military have NOT taken steps to protect America from 5G. The blogger saying that is 100% wrong.

Face masks and demon-possessed bodies have been the enemy’s disguise since the start when he assumed the snake, once a glorious creature.

By clicking on the image above, you will be able to watch the video by Janet Ossebaard called THE FALL OF THE CABAL, in which I must correct the very dangerous misinformation she is spreading, which will cost souls to be lost if heeded, as I explain in this article.

YouTube of course censored the original video I posted, so I leave that below for them to answer to JESUS CHRIST on the Day of Judgement.

Social media confirmation does not equate to being awakened. The internet is a weapon.

Q is a person in a program steering. That person is the devil exposing truths like carrots on sticks. Humanity does not manifest a new world. The worm is in our DNA which will be cleansed in the Light event, ultimately. Detox is to strip veils.

“And I saw one of his heads as it were wounded to death; and his deadly wound was healed: and all the world wondered after the beast.” – Revelation 13:3

The beast is a *system* of artificial intelligence hiding the ensoulment lie within facts which lure and trap people because they are under the strong delusions enabled by all the alchemical veils.

I explain all of this in my book being completed.

The sad truth is that the junior Kennedy being a savior as intimated by Q is a psyop.

No one yet has fully interpreted the meaning of SOLVE ET COAGULA yet. Dora said it though.

Recap: Trump is an instrument playing, Q is a program, 5G is the snare of the fowler, Revelation 13:3 and SINGULARITY (geoengineering is to hide Nibiru and the skies and ensoul).

Finding confirmation a new platform is egalitarian and one can trust, remember why the web was made. This plan is ancient. Giants in stasis and sleeping alien cosmonauts are fallen angels and nephilim human hybrids.

SO MANY PSYOPS, SO LITTLE TIME.