Today many inquiries that had been sent to me through this blog’s Let’s Talk tab just rolled into my email inbox, yet I have been getting them in real time, or so I thought.  (As if they were selectively filtered from other dimensional realities.
THINGS ARE NOT AS THEY SEEM.
I have been seeing what others do not for quite a while now. Levamisole was in my system when the veil parted dimensionally and the webpage loaded with the illuminati admittance of putting trichinosis worms into the pigs in the Chicago livestock feedyards in the 1800’s (here that’s referenced in a post, I have the screenshot I could share, but it is so sensitive I prefer not to because I do not want ~them~ to know which veil parted). That’s how it works. Or ESP, which has always been part of my life.
Why do others not see?
HAVING PARASITES IN A PERSON IS THE MOST POWERFUL VEIL THERE IS.
EVEN MORE POWERFUL THAN THE BIOCHEMICAL LOBOTOMIES AND THE PROGRAMMING.

The power grid here today was reset at what I would ~think was 9:40AM EST. My neighbor’s analog-timer (old dial kind that clicks) outdoor yard lights are coming on LONG before sunset. TIME IS NOT WHAT WE PERCEIVE IN ANY SENSE ANY MORE.
It never has been.

Last year I made a friend over the Discord server channel, and he and I instantly were plugged into each other’s gnosis and ken. He grew up (he’s a bit older than I am) knowing about my great uncle Homer, who worked for DuPont as a chemist during and after WWII and when he was made to work with the Operation Paperclip Luciferian servants referred to as Nazi scientists, researchers, doctors, etc, he COMPLETELY REMOVED HIMSELF FROM ALL ASSOCIATION with that realm and became a hermit on the farm I lived on as a teenager in Southern Maryland, which is now owned by the Amish. But my great Uncle Homer had LEFT working for the controllers and bought an entire remote pristine VALLEY in California, and it was so remote that he got in and out either by plane (a DuPont heiress became his paramour, and I have a bastard DuPont 3rd cousin who may or may not know who I am, but I know who he is, he’s got Uncle Homer’s middle name for his first, like the king who wrote so many Psalms, and his last name is D_Pt) or on his own routine, by a substantial pulley system on a guywire he put up. There was a photograph of him going across the river gorge they flooded (as seen in the movie CHINATOWN, that’s MY UNCLE HOMER’S – RIP – LAND) with a huge pallet on a pulley behind him and his sheepdog on his bag in a duffel bag.

The man whose email I share below lost touch with me after my daughter-in-law Nichole died on December 20, 2018, a result of an accidental Fentanyl overdose, the Fentanyl that the Illuminati family Sackler invented and profits from. A huge aetheric energy harvesting ritual <— my January 10th, 2019 post called THEY HIDE THE EVIDENCE – TARTARUS – SOUL ENERGY USED AS POWER (I see the leading video was removed from JewTube, sorry).

As with ALL the [sic] “digital interference” I and others are experiencing (GEICO told me that the problems with all my accounts – my ability to operate and purchase digitally, which includes being validated that I exist – “is a global issue, not just with them”. My ISP said the same thing. 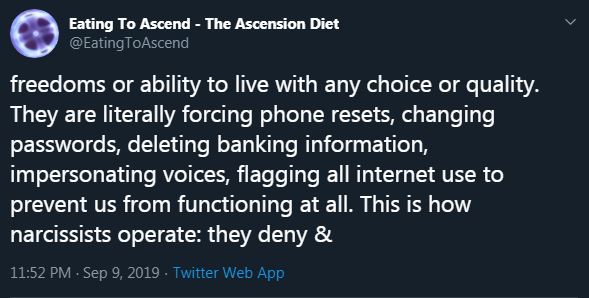 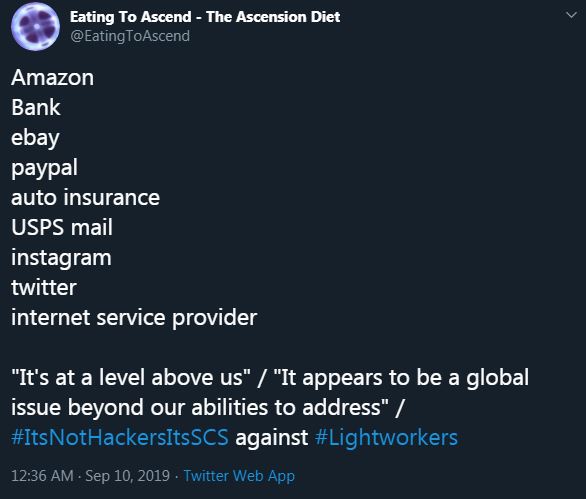 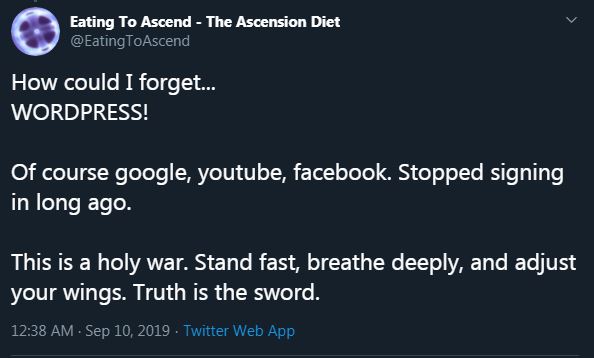 They are erasing us. We have been asking for so long, where have all the people gone. Blockchaining us trapped in digital is their amber.
From this post 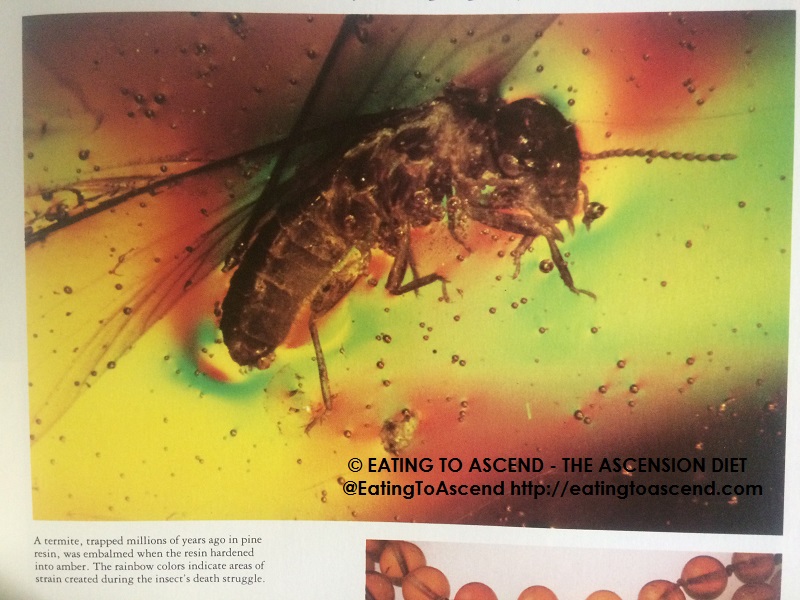 I found that image in a book on the history of gems and it clicked.

SO, PEOPLE, FIRE IS ABOUT TO RAIN DOWN NEXT 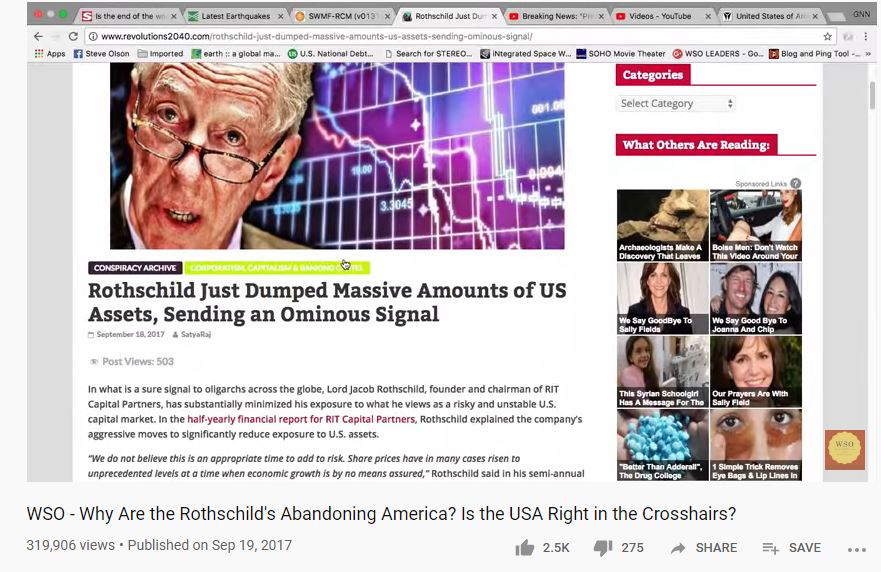 made after watching WSO (that’s WORMWOOD SYSTEM OSBERVATORY and imagine Mr. T saying this to you!) founder Steve Olsen’s video called WSO – Why Are the Rothschild’s Abandoning America? Is the USA Right in the Crosshairs? Here it is:

So the golden age of enlightenment was anything but that.

And this totally explains why I am coming to realize that many are off-track and capitalist under the strong delusion, at best.

This email just reached me today, ________, and it is September 18th 2019 at 2:48PM EST as I type (I think).
How do I log into the discord channel? I am not shocked by what you wrote. I think when you said I am your Aaron you were spot on.
After all, my uncle Homer’s land was what the Chinatown movie was made about. We are Jehovah’s chosen.
I have all KINDS of digital problems. My cell is XXX-XXX-XXXX, but it is rarely on and not smart. If a person doesn’t leave a message I will not know they called.
How can I get the link to your channel in real time so it does not expire? Can you send me a link that does not expire? Please? The last link you gave months ago was expired when I got it.
This fire is coming.
I agreed completely.
GET ME IN THE CHANNEL BROTHER!
‐‐‐‐‐‐‐ Original Message ‐‐‐‐‐‐‐
On Sunday, September 8, 2019 9:06 AM, ____ ______ wrote:

Name: [withheld]
Email: [withheld]
Comment: Hello Sister,
_____’s here
I thought I had lost you,
I know you were having a lot to deal with the last time we spoke.
It was you who sent me down the road I am now on.
When we were first talking about the Paradise Calif. fires and we started Tartaria Revealed.
Well I have come a very long way since then.
I now firmly believe that Armageddon took place in the live time of John after he wrote the book of Revelation.
He most likely did not die but was raptured.
EVERYONE was destroyed. No one went into the 1000 year reign of the Lord before be taken off the face of the Earth first.
That was the FIRST resurrection.
There was a thousand year reign of what I will now call the TARTAR world empire.
About 400 years ago Satan was released from the PIT and has been destroying everything he can since then.
WE are in the 20th chapter of Revelation, and the next thing coming is THE FIRE from above that will destroyed Him forever.
I now have a Discord channel where you can see my research.
Shalom,
_________

It explains why THE ANGEL VISITED ME THE DAY BEFORE NICHOLE DIED AND A PORTAL WAS OPEN IN THE SKY DIRECTLY OVER MY HOUSE when I went outside to take photos of the “sky anomaly”, I called it then. MY CAMERA “MALFUNCTIONED” (WINK WINK, digital demonic interference) and the record/stop buttons worked in reverse and what I shot was not there. The same thing happened to Seven Spaulding, I wrote in my August 26th 2019 post titled We Were Created To Be This. It looked the portal – EXACTLY LIKE THE PORTAL – in the post I wrote on February 22, 2019 called Space machines, stargates, crafts and portals

I am still not finished the book, but that is now obviously why my life has been so INTERFERED WITH – to attempt to prevent me from bringing this message forth at this time.
I BELIEVE THIS IS THE TIME AS MY FRIEND WHO WAS PREVENTED FROM BEING IN CONTACT WITH ME, AS I HIM, BY THE DARK FORCES, HAS REACHED ME NOW, AND ALL THESE EMAILS FROM READERS DESPERATE TO ASCEND CAME IN THAT HAD BEEN WITHHELD BY GOO GHOUL.

I AM DILIGENTLY WORKING ON THE BOOK DESPITE IT BEING TWICE MYSTERIOUSLY ERASED FROM MY DRIVES, BUT CAN TALK A STORM. BOOKS BURN AT FAHRENHEIT 451 ANYWAY, AND THE DESTROYER FRIES ELECTROMAGNETICS OF DRIVES AND MINDS. BUT I AM RIGHT HERE AND WILL SHARE ALL I GNOW, limited only by fear

BUT I AM FEARLESS AND YOU MUST BE TOO.
NOTHING CAN DESTROY LIGHT.

My name is pronounced like what the lion does.
Namasté.