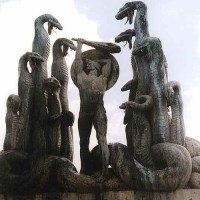 January 24, 2023
Dear Laura,
I am blown away by your Ropeworm Protocol Bible and am now rereading it for the second time and have made
my cabbage jars. You have connected so many loose dots for me!
I am what should be a healthy active 61 year old (and I am) – except… I am full of heavy metals, nanoparticles (though not ‘vaccinated’ with the ‘C’), and am 1000% for MOLDS AND ROPEWORMS!
I have been enema-dependent (and for a few periods gotten myself enema-free by being product-dependent) for over the last 10 years. Now that your book has concurred what I could have guessed – but wouldn’t have without your validation – I am more than ever ready to tackle this gargantuan in the gut. I feel the space is very narrow for anything to pass and even passing a colonic size enema bag worth of water is difficult.
I have ordered and just received your Eating To Ascend book and have been thumbing through it. It looks amazing also and I could go on…
I have a couple of questions:
1. I and a great chiropractor I see both think REAL salt from Utah is a better choice for purity. Do you think there is a reason to stick with Himalayan Salt?
2. Are you saying that the cabbage drink will elicit an urgent evacuation of the bowels early on in the protocol? Like maybe even the first day?
I have been constipated my whole life and now this. To think even 15 years ago I could tolerate so many more foods then. I could move my bowels on a simple high vit C and Magnesium combo a.m. and p.m. and would birth an enormous healthy stool every morning, like clock work. (This was with the help of a Naturopath and using *Nourishing Traditions (by Sally Fallon) as my BIBLE.
Oh, I have fallen so far from there.
Thank you for answering my 2 short questions and for being available to your readers.
With deep gratitude for what you have given us and telling your story,
Shelly E.
P.S. I also want you to know that reading your book triggered my “come to Jesus” moment and need I say, has changed my life. All this occuring in the last 6 weeks when I first received your book in the mail, The Ropeworm Protocol Bible.

My reply:
*Sally Fallon is the founding president of the Weston A. Price Foundation (www.westonaprice.org), who teaches that the ingestion of animal products is acceptable, when in truth, animal flesh adds non-human mRNA, DNA, parasites and toxins, and form putrid synthetic biology monsters in the gut, visible when removed by the ropeworm cleanse, which she and her organization have never acknowledged or addressed.
In the last 8 years I have learned that even naturopaths, homeopaths, osteopaths and Ayurvedic healers are in active denial of the magnitude and reality that ALL DISEASE IS PARASITES and it starts with the mRNA of Lucifer’s 3rd strand entwined between our DNA and its ‘viral’ emanation, the ropeworm, (1) the original gain of function now medically industrialized and (2) the Trojan Horse for The Mark of the Beast. THIS IS WHY GOD CAME AS CHRIST TO SAVE US WITH (3) THE SUPERNATURAL POWER OF HIS BLOOD, and the entire world theater revolves around this drama, the Holy War nearing its last act.
1. https://eatingtoascend.com/2022/03/31/deliver-us-from-gain-of-function/
2. https://eatingtoascend.com/the-great-reset-rapture-cover-up/
3. https://eatingtoascend.com/2022/12/27/gods-atomic-weapon-the-blood-of-jesus-2/

1. “Real Salt” versus Pink Himalayan Salt: Redmond Company salt (red monde, meaning “blood world”) that they paid for a trademark symbol for the words “Real salt”, and that’s literally a patented lie, is from Utah, and has only 60 minerals as opposed to Pink Himalayan salt’s 84-86. Both are antediluvian (of or relating to the period before the flood described in the Bible), but the Pakistan and surrounding mines are actually older, therefore the ocean water deposited has much less mRNA and toxic contaminates than the salt deposited from later earth epochs. Redmond company touts its low carbon footprint, environmental sustainability and ‘ethical work practices’, but the climate crisis is a myth the Devil has concocted to bring about transhumanism and replace carbon life with silicon life and hide the Rapture with the ‘Great Reset’. It’s probable that Redmond Salt is owned by Mormons, who ultimately control all business in Utah, and are Freemasons. Additionally, the Egyptians were in America before the flood, and Freemasonry began in Egypt and is the religion of Satan known as Mystery Babylon.
When I was in India (where I photographed a Masonic Temple!) I was able to purchase wonderful large chunks of locally mined Pink, Gold and Black Himalayan salt, and India being close neighbors, I asked the merchants about the quality and purity. Despite the lack of love between India and Pakistan as nations, the Hindus had not one negative thing to say regarding the salt and its production. Lastly, I stayed with a (now former) Patreon member for two months last year who had decided to use Redmond salt instead of Himalayan for the ropeworm protocol. I was able to experiment with it and found that the fermented cabbage was less intense and slower to start, had less minerals, a larger amount was needed to get the flush and detox effect, and in the bath had less purifying power. If it is all you have, use it up as a bath salt, but please rely on Pink Himalayan salt rather than any other salt, including sea salt, as I have for the last five and a half years is my recommendation and my reply unequivically. More minerals, less myth, older and cleaner deposit: closer to light food, the food for light bodies, and what our cells were designed for before The Fall, which Hercules fights against and we fight as the ropeworm and parasites, the mRNA miscegenation of our host body, the Holy War one human life at a time.

2. Will the fermented cabbage juice cause immediate bowel evacuation? The quart of  (two for the more experienced) fermented cabbage prepared as The Ropeworm Protocol Bible instructs and consumed as a smoothie will cause a forceful bowel movement within 30-60 minutes; usually around 45. Called ‘waterfalls’, you will see nests of parasites and worms of all kinds, flukes (snails of all types), masses of yeasts, molds,fibers, nanotechnology and intestinal plaques and biofilms resembling leather and even stones. Combining the probiotic cabbage protocol with the herbals Mimosa Pudica, Cascara Sagrada, Hing Jeera (asafetida or Devil’s Dung) and use of binders and other ‘helps’ including Red Reishi or other cordyceps mushroom powders for liver support and cellular regeneration because of their adaptogenic properties, along with the switch to distilled water and the other dietary and lifestyle changes made during this period will change the body and one’s life. The accumulated parasite strongholds and toxins a lifetime of all of these parasites (the serpent in the gut being the most tenacious of them all) removes what YHVH calls impediments in the Bible. Jesus called it the serpent in the gut.

Constipation not only results from dehydration, but from parasites blocking and deforming the bowel and anus, and many people have been constipated since childhood: it’s almost the norm in Western culture! Here’s what happens: the ropeworm attaches its sucker mouths up and down the entire GI tract, and some of these mouths span over an inch. Smaller parasites bite into and also attach, all the way down to the opening of the rectum and even outside it, appearing as redness and sores. Hemorrhoids result from parasites, and eventually the bowel forms scar tissue and biofilms, is covered with cysts and dens and strongholds, and becomes non-functional and can’t pass stools, lacking motility to the point of total constiopation. Some people becomes completely unable to move their bowels. One such person is Anna G., who was in my Facebook group, and her pleas for help are scattered all over the internet. Tragically, many poeople develop what the medical industry calls diverticulitis, Crohn’s, H Pylori, fibromyalgia and lupus, pancreatitis, chronic infections, thrush, ear and sinus problems, recurring infections, have bowel resections, develop endometriosis, have hernias, cancers… ALL OF THESE AND MORE ARE FROM THE PRESENCE OF PARASITES, THE WORST OF WHICH IS THE ROPEWORM (and do not forget those caused by spirochetes, synthetic biology genetically modified foods and organisms, Lyme and Morgellons, and all that they have been raingi down on humanity from the skies in the chemtrails of  the climate operations’ stratospheric aerosol geoengineering, now called ‘the dimming of the sun’.

Hydration preloading: Beginners to the Ropeworm Protocol should drink an extra liter of distilled water a half an hour before consuming the quart of fermented probiotic cabbage smoothie, to pre-load hydration restricted by years of constipation and diminished gastrointestinal functions. Further concerns are discussed in the two books. Remember! The Ropeworm Protocol Bible is merely one chapter from THE ASCENSION DIET EATING TO ASCEND book.

“Oh, I have fallen so far from there.” Because ALL DISEASE IS PARASITES and we have all been under a veil of deceit regarding what disease – and its cure – really is, addressing it all in one or two books or websites is impossible in the time we have left.
We have all fallen. Actually, we were set up to FAIL by this inverted world Satan rules.

Your “come to Jesus moment”! Prayerfully this means that you have been born again in Jesus Christ, who taught us how to remove the ropeworm 2,000 years ago. We can detox and cleanse all we want, but Yeshua is The Door and our only hope from this soul trap wheel. He, as God incarnate, came on a DNA rescue mission. He explained it in the Essene Gospels https://eatingtoascend.com/essene-gospels-of-peace/  I’m praying for you! Please consider joining the Patreon group, sister, where others are also on this path.
With love, in Christ who is the Light, the Door, and all Truth,

As an Amazon Affiliate, qualified purchases support this ministry.