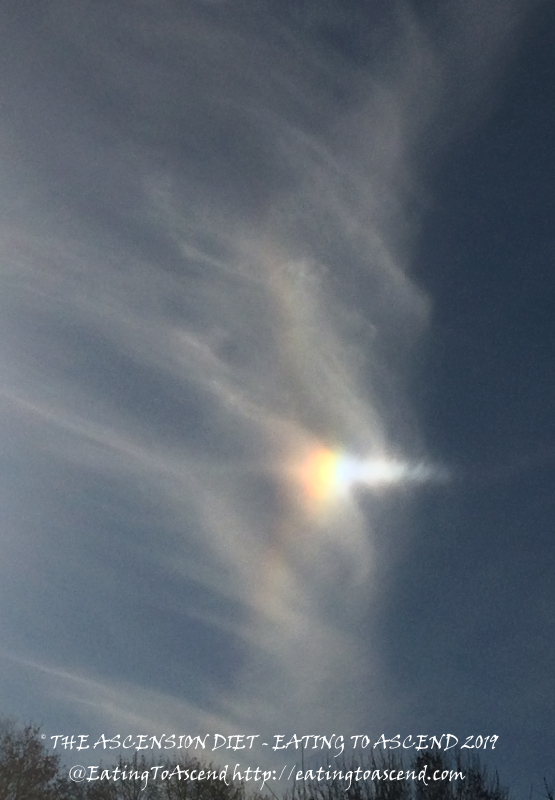 “That is at bottom the only courage that is demanded of us to have, courage for the most strange, the most singular and the most inexplicable that we may encounter. That mankind has in this sense been cowardly has done life endless harm; the experiences that are called “visions”, the whole so-called ‘spirit world’, death, all those things that are so closely akin to us, have by daily parrying been so crowded out by life that the senses with which we could have grasped them are atrophied. To say nothing of God…” Rainer Maria Rilke

“The way people feel now and the ruling ideas of the modern age have made the angels weak”. William Blake

“This lecture has a rather imposing title, not because it is particularly academic or abstruse, but because it seemed to be the only way I could get into the title the three points I want to discuss today. The first is that the recognition of the existence of angels – acknowledging the reality that angels actually do exist – has as a consequence the absolute requirement of a change in our picture of the universe, in other words, our cosmology. Why do I wish to speak in terms of an ‘ecology of angels’? An ‘ecology’, scientifically understood, is essentially a picture–as complete as is scientifically possible to determine–of the total if limited physical environment in which a given organism or organisms “live and move and have their being” in organic and harmonious relationship with all other entitles, organisms, forces and fields of that environment. Every ecology presupposes a cosmology, a kind of universal, all-inclusive ecology within which it is reciprocally situated. A cosmology, then, is in a sense an ecology of ecologies. The question we want to explore is: what kind of cosmology does an ecology of angels require?
The second point I wish to make, of equal importance, is contained in the phrase “angelic hierognosis”. By angelic hierognosis I mean that certain mode of knowledge by which angels may be and are perceived. The word ‘hierognosis’ indicates that the kind of knowledge by which angels are perceived is not (usually) ordinary perception and implies the existence of ‘degrees’ of knowledge or a hierarchy of perception and knowledge. The word ‘gnosis’ is used to suggest that the mode of perception and the degree of knowledge by which angels and the angelic realm may be perceived and in which communion or contact with angels may occur is in some sense–in the best Christian sense–esoteric: that is to say, normally hidden, hedged about by barriers and safeguards both natural and Providential, and lawfully accessible only through grace, ascesis and theosis.
The third point upon which this lecture is intended to focus in a sense underlies both the idea of an ‘ecology’ of angels and the concept of our perception of angels or ‘angelic hierognosis’. It involves a clear and sober recognition of the actual quality of the state of conscious awareness which is habitual and ‘normal’ for our fallen human nature, which we may refer to as ‘ordinary waking consciousness’. It also involves paying attention to the kinds of belief and expectations that are aroused in our minds and hearts when we begin to consider the existence or non-existence, the reality or non-reality of the angelic world or the world of spirits, and the possibility or impossibility of “seeing angels”.

Adopting the perspective if not the language of the Eastern Orthodox ascetic tradition, we may define ordinary waking consciousness as the untransmuted and unregenerate consciousness of human beings in their fallen state. This state of consciousness is actually a state of un-awareness or unconsciousness, and is as it were ‘asleep’ to the spiritual world. This habitual state, which is unfortunately our ‘normal’ condition, has been thoroughly mapped and exhaustively analyzed by the Eastern Orthodox ascetic tradition, which characterizes it as “unsober”, unstable and perpetually prone to delusion. From this perspective, which provides us with both a reliable safeguard and a spiritual key, we are advised to acknowledge humbly our spiritual infirmity and walk circumspectly and with discernment if we seek to reflect profitably on the problem of the existence and perception of angels in the here and now of our post-modern, technocratic, cybernetic, rationalistic, relativistic, pluralistic, information-besotted age.

Our age has become enthralled with ‘virtual reality’. It has become possible with cybernetic meta-machines to image almost anything one can imagine. We are tempted to see this burgeoning, nearly ubiquitous information technology as transforming our world into a more ‘spiritual’ place. But we must not confuse the cybernetic with the spiritual, nor ‘virtual’ reality with actual, concrete spiritual reality. If we were truly sensitive to the physical-spiritual interplay of our body/soul/minds, would we not notice a certain deadening of awareness, an almost imperceptible dulling of our minds, a slight feeling of emptiness in our souls, when we spend a lot of time working with computers or staring at television screens or video monitors? That vague restlessness or uneasy feeling may well be a signal that virtual reality is closer in essence to the infra-natural rather than the supra-natural, consuming our psychic energies without return. Be that as it may, our organisms register exactly the opposite effects when we are in touch with virgin nature or, as we are told by the lives of the saints and the personal accounts of ordinary people, when our nature is touched by the grace of the angelic realm. A day at an ocean beach, a hike in the mountains or a walk in the woods is invigorating, life-enhancing, always leaving us more lively, more integrated, more aware than when we began. As we shall see, encounters with angels also have this quality in abundance. The spiritual world, as well as the natural world that reflects it in virgin wilderness, seems to have a life-enhancing, almost paradisal dimension. This is not to say there are not dangers to be aware of in both the angelic realm and in wilderness, but as C.S. Lewis wrote of Aslan-Christ in the Narnia series, he is after all “not a tame lion”. The spiritual world of angels, in which we humans were originally created by God to participate, has its own laws, but it is not tame.

Mother Alexandra, founder of the first Romanian Orthodox monastery for women in America, and author of one of the best books on angels in English, The Holy Angels, observed that “at the present moment, the bookshelves in airports, shops, and whereever books are sold, display any amount of volumes concerning satanic cults, but we do not see anything about the holy angels who are God’s messengers, and the heavenly counterparts of hell’s emissaries”. Her observation was certainly true at the time she wrote that paragraph, but there has been a noticeable change since then. Quite a few books have been published concerning angels during the past few years, from a variety of perspectives, including popular Christian, new age, occult, other religious traditions, and secular scholarship; and one can even find them on the shelves now in airport bookstores. There has also been a surprising increase of movies incorporating angelic visitations or other angelic themes (and such movies almost always turn a profit), as well as television programs on the subject of angels. This is an indication that in our popular culture, in spite of being inundated with positivistic, materialistic, scientistic propaganda, and in spite of the virtual absence of preaching on the subject of angels and the angelic world from the pulpits of almost all denominations, there is a strong nostalgia for the spiritual world and contact with the things of the spirit. One of the most powerful expressions of nostalgia for the world of the angels that I have ever read is contained in these lines from the great Welsh poet, David Jones:

I have watched the wheels go round in case
I might see the living creatures like the appearance
of lamps, in case I might see the Living God
projected from the Machine.
I have said to the perfected Steel, be my sister,
And for the glassy towers I thought I felt
some beginning of His creature, but
A, a, a, Domine Deus
My hands found the glazed work unrefined
And the terrible crystal a stage-paste.

Contemporary academic theology has given very little attention to the subject of angels. One of the few recent studies is by Karl Rahner in his Theological Investigations. He has shown that historical-critical exegesis of Scripture, coupled with support from psychology, parapsychology and sociology, has been used to relativize the Scriptural statements on angels and demons as nothing but projections and personifications of human experience in this world. Angelology is decidedly not a hot topic in theology departments around the world, as a cursory look at the table of contents of the various theological journals and periodicals in any university or seminary library would indicate. Nor is it likely that on any given Sunday in any given church that you would be listening to a sermon preached on angels. In short, Christian clergy are unfortunately as susceptible as anyone else in today’s world to the widely accepted rationalistic error of assuming that angels are but personifications of psychological realities, to which ‘mythological data’ the disciplines of psychology or psychoanalysis are considered the best suited to furnish the interpretive keys. The temptation to turn to psychologist Karl Gustave Jung when faced with the question of angels and demons has proven well-nigh irresistible for many Christian theologians. But psychological reductionism will not be our approach today.

Diametrically opposed to the rationalistic error just mentioned, and often in justifiable reaction to its reductionist tendencies, is the approach of an uncritical naive spiritualism. Although this approach readily accepts the reality of a ‘spiritual world’ and spiritual beings, by combining a thoroughly contemporary interest in experimentation with an imprudent and naive lack of spiritual discernment, it exposes its adherents to disappointments, delusions and even worse dangers. Nevertheless, it remains true that, throughout the spiritual vicissitudes of the last 30 or 40 years, the spiritual explosion in the Sixties, the solipsism of the Seventies, the cynicism of the Eighties and the cautious searching of the Nineties, there has remained underneath it all a consistent yearning, a hunger, a genuine eros for the spiritual world. This is as it should be, because in the view of the Eastern Orthodox Church and the writings of the great doctors of the Church who embody the ‘mind’, ethos and worldview of Holy Orthodoxy, angels and human beings share a common rational nature, freedom of will and spiritual destiny.

Hence, *loss of living contact with that world*, as well as our endless peregrinations in the abominable desolation which is the worldview of a godless culture, creates in our hearts a poignant, nameless yearning, a groaning in our souls which cannot be uttered (Romans 8:26), but is deeply felt as loss and desire.” – Vincent Rossi, ANGELS AND THE ENVIRONMENT, 1994