Don’t get fooled again into the soul trap.

The archons MANIPULATE human bodies with frequency and the toxic strongholds  that they, the extraterrestrial parasites make in bodies, and have their own thoughts and emotions, which become what is now a so-called health science to treat as addictions, mental illnesses, behavioral problems. This is why they make pharmaceutic psychotropic drugs and also perpetuate addictions: alcoholism, pot (now so GMO it’s ridiculous, and very toxic), vaping and all the other drugs: opiates, ups, downs, seratonin controllers like EXstacy (sp?)… REMEMBER: THEY CANNOT CREATE, ONLY DUPLICATE. THAT’S WHY THEY ARE USING NANOTECHNOLOGY TO UPLOAD HUMAN CONSCIOUSNESSES INTO THE CLOUD STORAGE. They are taking over the human host bodies which are divinely created on Fibonacci-sequenced sacred geometry and duplicating these power banks of energy in quantum-based hexadecimal numbered framework architecture storage. (People REALLY need to come to some kind of ability to understand that we are NOT HOLOGRAMS, this is NOT literally a “holographic reality” – that is what they are creating to steal souls with, that is the soul trap. Combine that with the fact that the body is a tomb, THE TALE OF THE FIVE SHEATHS is a must-read and I disclosed this in ANCIENT TRUTH REVEALS THE EXISTENCE OF THE HUMAN ROPEWORM and THE EGO IS MOLECULARLY ANTITHETICAL TO TRUTH.

It’s not really any “interpretation” on my part: I AM MERELY A CONDUIT OF TRUTH, an I WITNESS. I’m not looking for answers or means to overcome or anything. I AM COMPLETE AND SURE IN THE GNOSIS THAT I AM A PART OF THE DIVINE CONSCIOUSNESS THAT IS GOD, AND THAT I AM A CHILD OF LIGHT, AS YOU ARE. I write here in this way to use the BELT OF TRUTH WHICH PROTECTS MY TORSO, the SHIELD OF FAITH, my BREASTPLATE OF RIGHTEOUSNESS WHICH PROTECTS MY HEART AND LUNGS (where my WINGS ATTACH), my feet walk confidently on all terrain and in all elements and situations wearing everything I think, say and do 24-7 which is my mission in life to LIVE IN TRUTH OF LOVE AND PEACE AND CHRIST CALLS THAT THE GOSPEL OF PEACE, my brain which is a 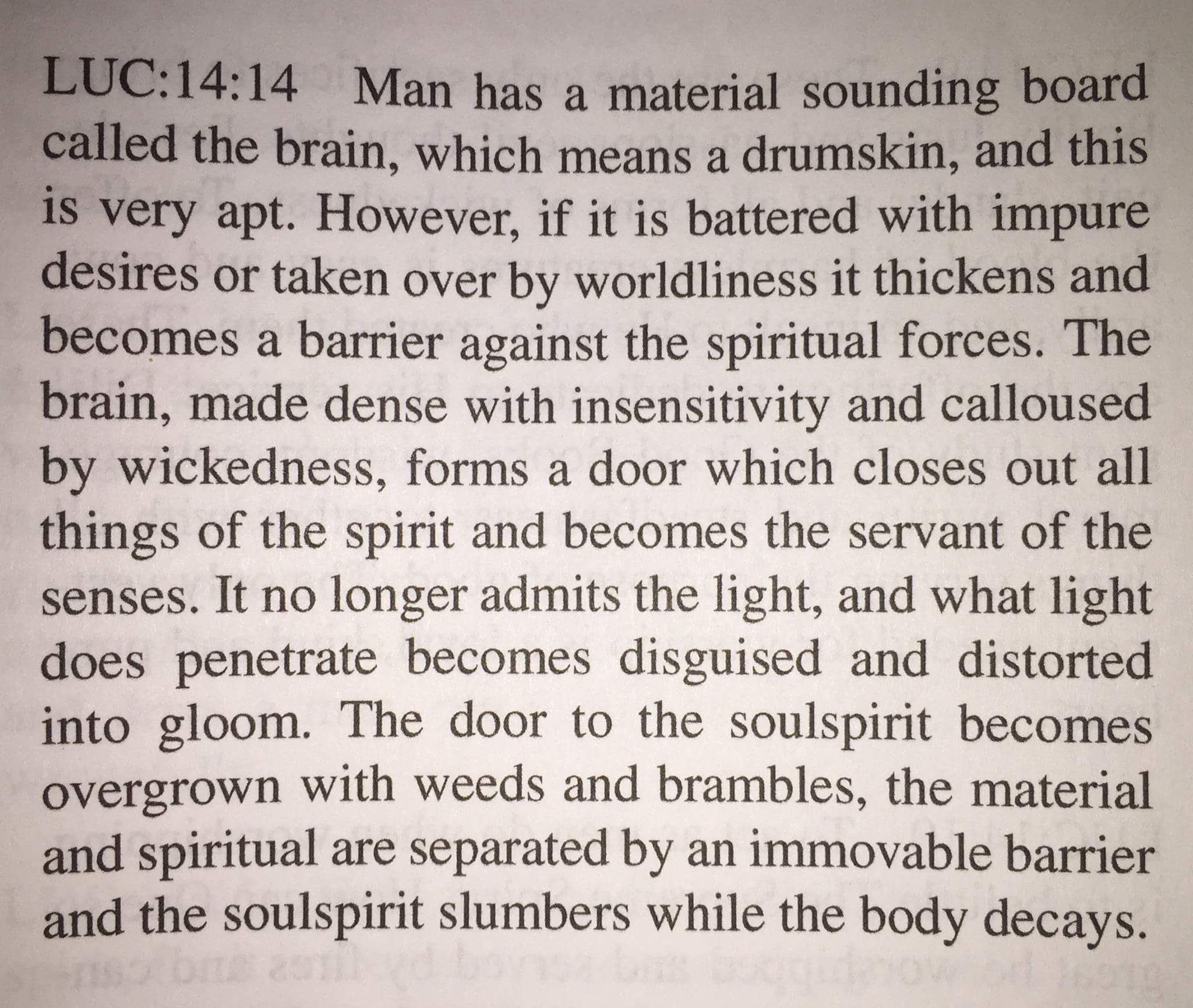 DRUMSKIN OF COMMUNICATION is the HELMET OF SALVATION BECAUSE OF THE FACT THAT IT REVERBERATES TRUTH, AND ALL OF THIS IS THE SWORD OF THE SPIRIT OF GOD WORKING THROUGH ME. As I have said, I am not special, just a human being with a high VMAT-2 gene expression, like so many others, which is why the Pentagon rolled out the FUNVAX aerosol dispersal vaccine which is, in large part, responsible for the groundwork that was done by the satanic forces to ‘prep’ humanity to accept and use/feed themselves and their children into the smart device digital consciousness upload, believe the narrative, follow only rote religion based on programmed rituals, and the nanotechnology rampant in their five sheath bodies is uploading their souls into the soul trap and being switched on by 5G to depopulate the earth in the plandemic.

When I was twelve years old I began to babysit for my half-brother Mike Dayball’s father-in-place, as my father who sired him in the affair he had with Karen Dayball, Thomas Dayball’s wife, the summer Kubrik filmed the moon landing, and deserted my mother and all his responsibilities, then Karen and Tom divorced, and Tom raised their two children Tommy and Theresa and my father’s lust product himself. He paid me a dollar an hour and I took my first week’s pay and bought a round plastic record player from Korvette’s on Route 40 in Catonsville, and three 45’s. This was one of them, and as I look back with my 2020 vision I see yet another facet of how my soul at age twelve was foreshadowing what all of humankind is experiencing now. It’s very clear why the CIA tried so hard to pull me into their ranks in twelveth grade.

DON’T GET FOOLED AGAIN INTO THE SOUL TRAP.