Yesterday I received a phishing email from the company Matte For Men, part of a company called LESCOJA, founded in 2004. The current president is a Lee Jacobs, who is likely not aware of the hacking coming out of his own customer service department. Perhaps my email address was randomly harvested in the potential victim search (I had never heard of this company), or perhaps I have been targeted for my anti-transhumanism stance which takes a cold, hard look at the feminization of men being done not only by social steering and programming, but biochemically, including with BPA, additives, pesticides and human fetal cells in all products and foods containing natural flavorings … guess which company name will be added to this list, already in desperate need of expanding, as the satanic agenda to make all humans cannibals and to destroy the integrity of humanity as a species continues?

“Someone at your company sent a phishing email to my email account ID’d above in this form. The header states the phishing email which was designed to get me to enter my email account password came from customerservice@matteformen.com and it has been reported to my email service provider. I am going to disclose this attempted fraud on my blogs and also in social media to protect others from the malicious intent originating from your domain name and the individual(s) in your customer service department. Your vision isn’t very clear for 2020.”

Regardless of why I was selected for this phishing attempt, the fact remains, I was, and it came directly from customerservice@matteformen.com.

And because of my work bringing the truth to the world about removing the human ropeworm serpent in the gut and the fraud of the entire medical industry world-over, the targeting increases daily.

Perhaps they don’t know who they are messing with!

As former computer specialist who entered the field in the late 90’s Dot Com boom and having worked as a subcontractor for Aerotek clients including the Catholic Church Archdiocese of Baltimore (I created its first computer help desk singlehandedly), NASA Goddard Space Flight Center (Y2K cross-platform conversion), the Discovery Channel (LAN/WAN aiandI graphic side launching the then-new Discovery Health website) as well as major Washington, D.C. area banks and law firm third and fourth tier technical support, I know what to do with suspicious emails: DON’T OPEN THEM. Incredibly,  Protonmail’s canned reply advised opening it to report it via a drop-down menu selection (just in between ‘Mark as spam’ and ‘Delete’). Wow. That’s really dangerous, as any attached malicious code can then run within the local computer of the recipient of said email attack, installing viruses, Trojan Horse or any number of other ‘back door’ hacks, including BIOS and Registry.

And my own years of being attacked by my ex-husband and his own previous wife and her hacker husband… SMH. The lifetime of MK Ultra…

So now even major companies are involved in attacking those who stand for good, and Protonmail, run by the folks at CERN, is equally questionable in terms of operational ethics? Q’elle surprise, as what is CERN for but to effect the blackest of sorcery on the beyond-quantum-physics D-Wave level, bringing in entities.

If it is not an individual per se, consider this: ZEN DESK, data flow and other methodologies of all digital presences (chat, so-called specialist or escalation team entities are now AI, and getting an actual human being with blood and who breathes and was born from an actual uterus in a living woman) are now relying on Artificial Intelligence algorithms to act as humans. Thank DARPA.

With what we know about the SCS and blockchain – the social credit score system and total surveillance tracking network of all we do, where we walk, HOW WE WALK, and our harvested biometrics, likes, our schedules – we are their human resource as food both physically and etherically in their soultrap – anyone operating outside of the proscribed boundaries of the homogenation and transgender mutation program of the human race is their enemy. I’ve been targeted as a steady foe of evil since before my own birth, genetically, which readers of this blog observe if they have the discernment to follow the decoding and disclosure: not many do. There are likely truly less than 144,000 of us. 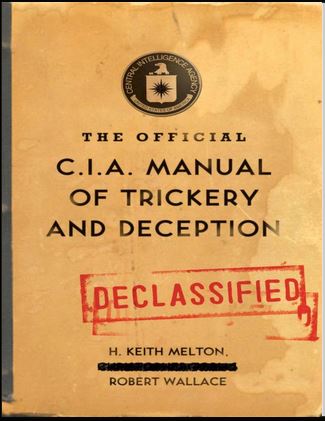 This is a heads up that we are far past saying, “WELCOME TO THE NEW WORLD ORDER”. Prophecy fulfilled shows the sixth of seven seals has been broken. Elon Musk’s satellites will have the below-firmament atmosphere completely creating their low millimeter wave attempt to trap souls and keep out the incoming reclamation energy, the Christ, the avatar of the LIVING GOD of this last Kali Yuga and new earth happening in which death itself, the entity of darkness, is destroyed.

It’s time to say to the controllers running the puppet show of Maya, “WELCOME TO YOUR IMPENDING ETERNAL DEMISE, GAME OVER“.