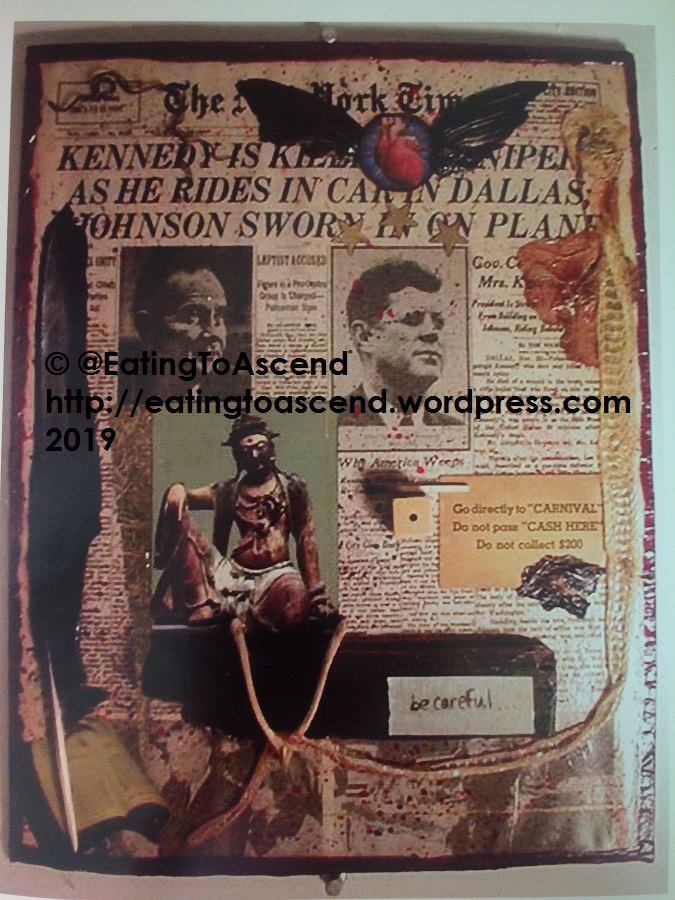 (I go to bed/sleep by laying flat on back, no pillow, body *relaxed and open, room dark, with no LED lights, and focus inward to GOD inside, speaking lowly but audibly, thanking for LIFE, the day, that I can know THE CREATOR and speak to Him, and pray for my family , sending love/visualizing/honoring each one of them. I breathe along the breathing track, and hours later, wake up. *NO sleep aids, drugs or herbs, no alcohol. Not even aspirin.)

Went to sleep by 11PM, did above (as I do). Had had a fairly low-key day: sewed, read, wrote, watched a DVD. Ate (always home-made) lentil/vegetable soup for dinner. Drank lemon water.

I was not in a prayerful, meditative state for as long as some other nights, and guess it was perhaps 5-10 minutes. I last recall sending love to each of my children and grandchildren, feeling hugging them, and felt that it was complete, sometimes it goes a bit longer, and deep-breathed more (correction: quiet, inward, not deep) connecting with God, thinking, affirming.

I woke up, it was still dark, realizing where I was in my body, flat, on the bed, had not moved. I felt like my son was just leaving, that he and I had been together, he left “the space”, it did not feel like an end, and I said/heard (in my head, not with my mouth and ears) “BE CAREFUL”, then another word in a foreign language; an orient language. Not dissimilar to Chinese. (My arm keeps going to sleep from the shoulder as I write this.) (Back… half-hour break for morning things.)

So I “came to awareness”/returned to my body/woke up [added note: I do not practice astral travel, nor believe one should will such] by initially realizing I was in the same position I fell asleep in, slightly stiff, my neck needed to move, I felt thirsty/dry throat, and my hands were as they were as I had fallen asleep, my right hand resting on my left hand, arms crossed/hands over sternum. It was as if I settled back into my frame, and I turned my head slightly to the left: neck stopped “feeling stiff”/became non-issue. Stopped [being something I noticed]. I ‘heard’ “BE CAREFUL” and another (foreign/unknown) word in my voice [all internally heard, not five sense, in other words, ‘in my head’] spoken, it seems to my son Max, and he left, exiting the space I perceived [I/we were in], to the right.

Sounds began to filter in from “the world” “outside”. I have an open window to the left of my bed. It is as if they came in like Doppler, in concentric waves. A distant whine became a motorcycle coming from the north, going down the road and off to the south. [It seemed long and stretched out, elastic and thickening closer.] That is the direction of the road I’m on. It seemed to go on forever and left a concentric ripple like a finger pulled through half-set Jello.

I heard a jet come from the direction of the south, and recognized the sound as a military jet (as I have written in my blog) and it went off toward the north.

My hearing was very acute, and I saw it [what I heard]. It felt also like it had “mixing power”, like some kind of gravity or pull. I still had not moved and was still completely relaxed physically. I had opened my eyes a few times, and the room was lightening.

I have heavy, dark fabric over cheap (came with apartment) vinyl blinds and very large windows. By the light filtering in, I knew it was at least 4:30 or 5AM. It gets light earlier/never gets dark anymore (PlanetX/geoengineering metallic/nano clouds). The neighbor who gets up at 5:10AM M-F and starts her shower started it. (It is Monday morning and she teaches high school English.)

I thought about how profoundly aware I was of where I was – and where I am [that is the word I chose instead of ‘was’]. Told self I would write it [this experience]. Thanked GOD for letting me wake up to have another day to love people [typing that – have another day to love people – makes my chest hurt, breath catch and eyes tear/hands halt as that happens like a force hit/hitting], to know who they are. Felt awed yet not surprised at how I/this felt. I know that sorcery keeps people from seeing (past the veil).

Thought about Max Spiers and how much he looks like my son Max. Thought about “no coincidences”. How Max was with me in my “sleep”. Burned sage, made coffee, ninety minutes has passed.

Also, realized yesterday that the scientific symbol for “change” is a triangle: THE PYRAMID… Egyptian; Annunaki.

Post Script: I will, to myself, call this “BE CAREFUL”, as that is what I heard, and realized as I was typing this out that I have an artwork of that name, the image with this. (Actually, only my ex-husband who testified in court that he threw my artwork into the Spotsylvania, Virginia dump knows where it really is. All I have is some photographs left. I suspect he has my artwork, or his friends and family do, or he sold it. He took most of what I had made and owned, and lied in court, under oath: a legalized theft.