I share my reply to a recent comment so many may learn. Here is what I was asked:
“God (of the Bible???) created aliens, who then created humans etc… a great book on fact is ‘EXOGENESIS’ by Bruce Fenton and Daniella Fenton. I understand that there is a ‘God, a One, a Universe, etc…) The God of the Bible is a terrible God. Murders= 2,5Million. etc etc… Jesus is good, and is one of the ‘artificial inseminations’ or ‘Miracle births of E.T.s.’ Just as many others in the ‘stories’ of the bible, Quran, ancient Sumerian texts as well as many others from around the globe. Why are the ‘stories’ all the same across the world?”

I remember when Truthscrambler (the name says volumes) asked the same question, calling YHWH a cruel, murderous god. Yet the Jews worship Molech, Shamash and Ba’al, all avatars of Satan, who consumes humans, and now includes the genes of babies murdered alive in vaccines, foods and products! 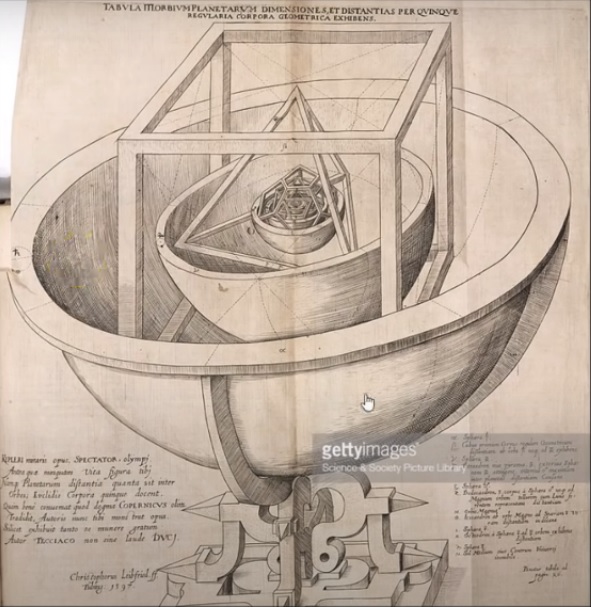 As described in the Book of Enoch and the Epic of Gilgamesh, this realm called earth exists below veiled firmaments. What was seen as described in each of these ancient history documents is that passing the first veil into the second, there is a constellation of seven objects which to the third dimension viewing ability are termed stars. Three mere dimensions are incapable of realizing the reality of higher. These seven objects are the Pleiades. “Now over this abyss, where the heavenly fire goes up and down like immense pillars, there are seven stars. This is of course not stars here on earth, but stars hovering over the South Pole horizon. A well-known formation of seven stars is the Pleiades. Were the stars Enoch saw the Pleiades? Several things seem to confirm this. Firstly, the angels tell him that certain fallen angels were to be bound to these stars, because of their mingling with women on earth. This story is very similar to myths in Greece and Mesopotamia. In the Greek myth, seven women were put in the starry heaven because of their mingling with the Titans, by which they were made pregnant. This is also a clear parallel to Genesis 6. And in Enoch, which describes this story in detail, we read, in the chapter after chapter 18, that the women who were seduced by the fallen angels, were to be imprisoned together with those angels, among those seven stars. These Greek women were called the Pleiades, and therebye we know that those seven stars in Enoch must be the Pleiades. Then there is also a myth from Mesopo­tamia, where seven demons were bound as seven stars in the sky. Also here those stars are identified as the Pleiades. This star formation was very well-known to all the ancients, because of its beautiful appearance and for its role for agricultural dates. Thus we can be quite sure that the stars Enoch saw on the horizon above Antarctica, were the Pleiades. I think this is a stunning evidence that the Book of Enoch really is written before the Great Flood, and that he really did travel with the angels of God in some sort of a flying vehicle, around the world – and also into outer space, which is depicted in other parts of the book.
“And I, Enoch, alone saw this vision, the ends of all; and no man has seen them as I have seen them.” (Enoch 19:3)”
Via http://bibeltemplet.net/enoch-southpole.html

“seek him that maketh the Pleiades and Orion, and turneth the shadow of death into the morning, and maketh the day dark with night; that calleth for the waters of the sea, and poureth them out upon the face of the earth (Jehovah is his name);” – Amos 5:8

He makes the Bear, Orion, and the Pleiades, and the chambers of the south.” – Job 9:9

These are telescope photos of what we call earth’s planets: 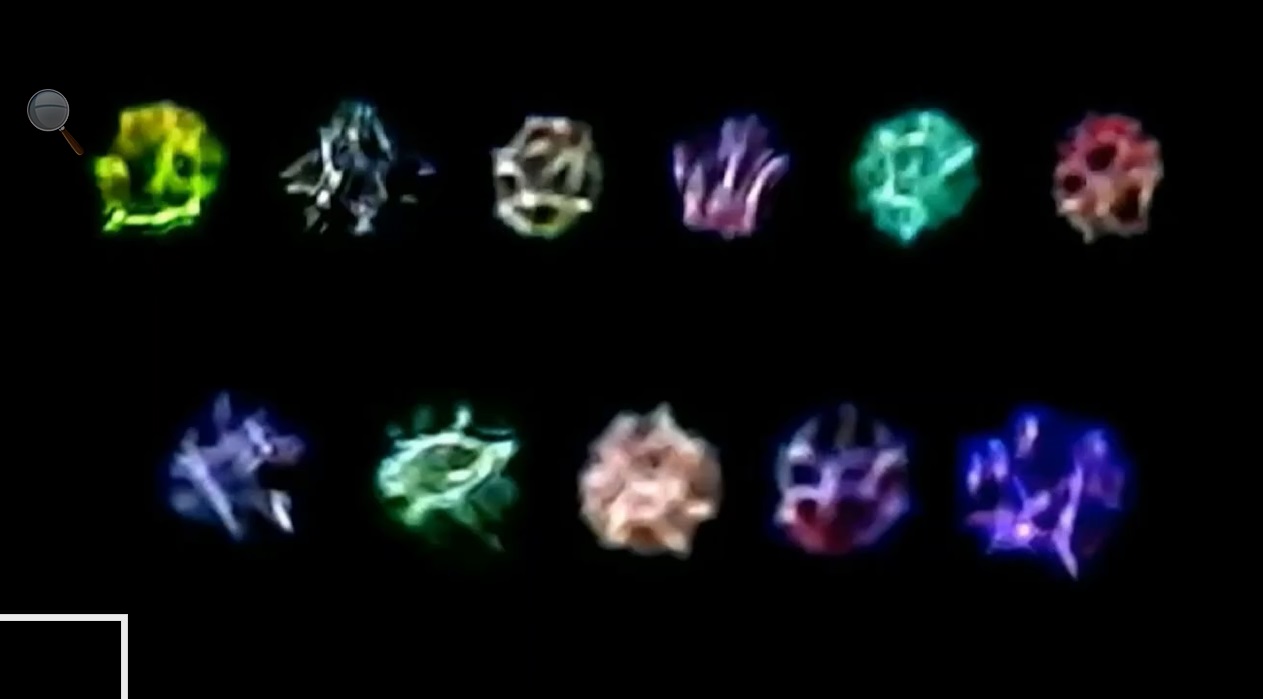 And these are images of the water molecule, which is the fuel of our cells, our own source of light energy: 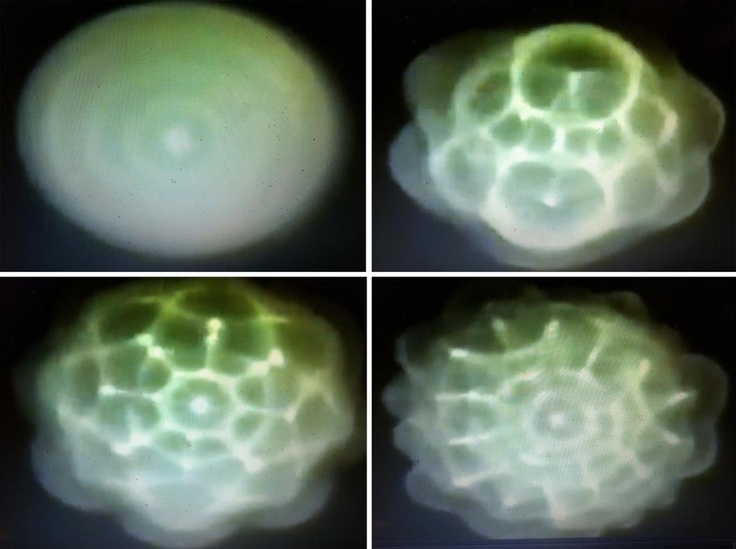 Parasites, on the other hand, have no inner light at all, which is why they require biological hosts. They don’t manufacture ATP (Adenosine Triphosphate). Posing as humans like the rulers of this world, they utterly lack empathy and consume humans, and are haters of truth.

They have no light at all.

THE PLEIADIAN CONNECTION TO THE ALIEN DECEPTION

Part of the devil’s Illuminati Mystery Babylon deception is the New Age religion in which people think we have been created by aliens and that there is a Galactic Federation of benevolent beings from space who are sharing technology with humanity and will save earth and human beings. People actually think that just because mankind’s genetics are mixed with non-human species that this is proof that we were engineered by them. In fact, human beings have been miscegenated by these demonic beings who are actually from the 200 who were cast from heaven when Lucifer rebelled. Of course, being duplicators incapable of creating, they have mimicked the Most High’s creation and His Story on all levels, which is why the story appears in different cultures all across the face of the earth.

The reason so many have had to be killed in the Holy Wars is to remove the tainted hybrids, the result of nephilim cross-contamination with humans, who were once beings of Light.

There is only truth. The first religion was and still is witchcraft, Satan’s alchemical SOLVE ET COAGULA to imitate what The Creator made. Prophecies revealed the coming of YHWH in the body of a human man and it had to be a virgin birth to prevent the mRNA from being reproduced.

The truth of eyewitness accounts, physical evidence and scriptures called “Apocryphal” and removed from public awareness until the finding of the cache of Dead Sea Scrolls, timed as prophecied with the beginning of the Seventy Year period of the Fig Tree parable, and the evidence provided by the Shroud of Turin, hidden, of course – sabotaged is the correct term – as well as the archeological evidence provided by Ron Wyatt, also hidden, most people are unaware of the fact that he found Jesus’s blood and it was proven to be exactly 24 chromosomes, 23 from the mother and 1 from the father, the Ark of the Covenant, Noah’s Ark, Sodom and Gomorrah and more.

If the truth had not been hidden and people were not brainwashed, everyone would be Christian. But then, it would simply be truth. Yet we live in a fallen world in a Holy War which is coming to a climax called Armageddon.

Look up everything mentioned above if you doubt. If you react with vehement disgust upon reading this, it is evidence that your spirit belongs to the ruler of THIS WORLD, which soon will end. Only you can change that reality, but again, only if you are one of the Elect. My website is one of thousands providing proof and pointing humans toward reality as opposed to the lies taught by the devil. We are here in this world of illusion as a test to either purify our soul’s dross and finalize our eternal address.

Like Pilate, you may be one who can only say, when presented with the truth, “What is truth?”, being unable to hear it. I pray for you that is not so. The devil is the father of lies. Not all humanoid forms are the Children of the Most High…

I want you to know Truth.