And when these things begin to come to pass, then look up, and lift up your heads; for your redemption draweth nigh. – Luke 21:28

Extremely rare, huge fish beaches in California, oceans away from its home. <- a link 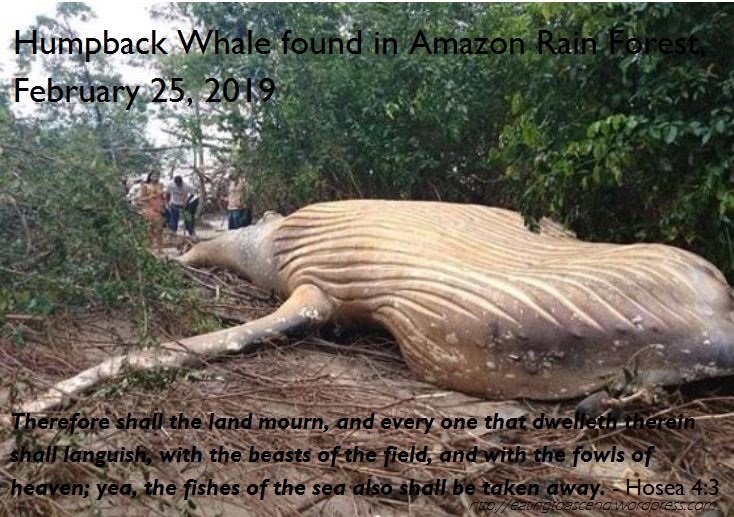 Why is there such a protracted and heart-wrenching period such as is unfolding before us now, with only three Democrat senators voting against the human sacrifice/infanticide third trimester late-term) abortion bill?

The Lord is not slow to fulfill his promise as some count slowness, but is patient toward you, not wishing that any should perish, but that all should reach repentance. – 2 Peter 3:9

Daily we are seeing mass animal die-offs, legalized human sacrifice, extreme weather, earthquakes, tsunamis, volcanic eruptions and mud floods, windstorms, hordes of locusts, strange and unexplained loud sounds and booms in the atmosphere and underground, wars and rumors of war, detestable abominations of human tissue products in our food labelled “Natural Flavoring” (here is my page listing the products to avoid) and in medications and vaccines, water and air poisoned, Christian persecution, disease outbreaks, normalization of pedophilia, increased sightings of unidentified objects in the sky which are the craft of the Annunaki, rips in the earth and sinkholes, increased meteor activity associated with the incoming Nibiru /Wormwood /PlanetX system, and many other strange occurrences that this world has never before witnessed. Sorcery of media programming controls the minds of almost everyone. It is now illegal for parents to prohibit a child from being the gender they were born as, enforced by the state and educational system. Elementary school children are taught anal sex practices. A universal income is in the pipeline, which is the mark of the beast. Artificial Intelligence robotics have replaced us, or soon will. It is a crime to speak the truth. This is transhumanism and the work of Baphomet. But almost every person is just a boiling frog in a pot being cooked and they all have Stockholm Syndrome and love their confinement. Mothra. No wonder the CIA calls the MKUltra program “Monarch”, and the glyphosates are sprayed on milkweed and we’re losing them and ourselves. It’s all a huge Fibonacci death spiral while people hubristically think that their science god called physics explains things.
Even truthers are still mislead by that.

The strange behavior of animals is a vibrational pre-echo of what humans are too biochemically lobotomized to react with. Humans have been made paralyzed on all sense levels. Viruses, which are all alien in origin, according to my college professor when I was finishing my pre-med, replicate in and shed from RNA, not DNA, for a reason: they are the alien genetics of the parasite Lucifer, arnd they can only duplicate. Science – physics, chemistry, mathematics, music, all arts and sciences, all history and arts, which are falsified since they hide all evidence through murder, lies and theft (war on souls, the holy war of evil vs. good) – science is lies.
You’re all still fooled by truthers who think otherwise.

This is not being presented openly in the churches. Pastors and local volunteers are leading their brethren to slaughter, and will be accounted responsible. Their works they get 501c3 funding for are meaningless. “You hypocrites! You know how to interpret the appearance of earth and sky, but why do you not know how to interpret the present time?” – Jesus speaking about apostacy, Luke 12:56

How long will this go on? Until the last soul realizes that they are a sovereign being and has been fooled by the darkness of this world, and ceases to rely on the illusion. We are already free! Seize the truth of your spiritual liberty this very moment, and keep affirming it each moment from now on. We are at liberty already, only deceived to act as slaves. 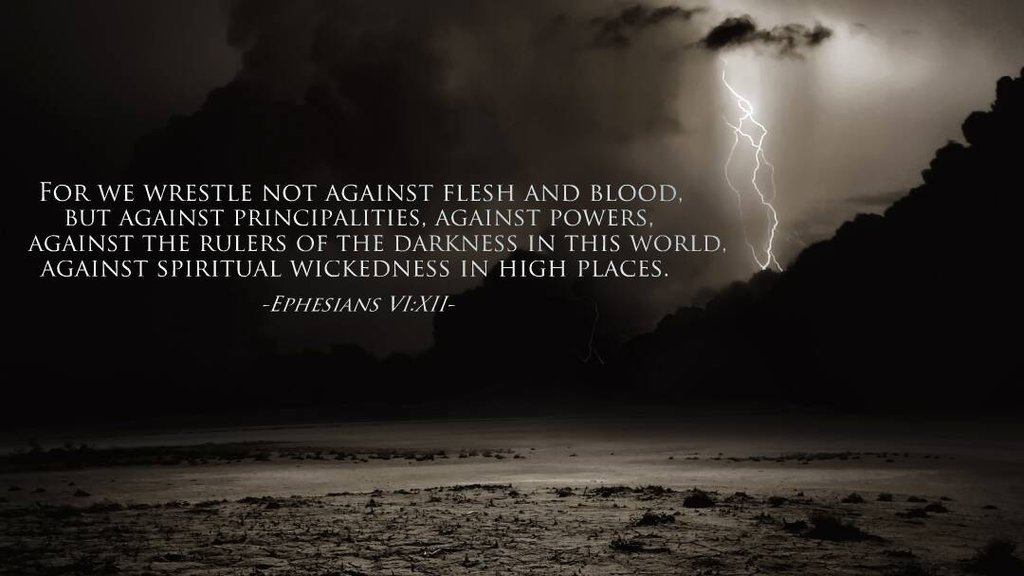