I’ve worked at horse barns most of my life, spending time since age two on my Uncle Mike’s farm, learning to ride my cousin Kimmie’s pony Princey at age four. By fourteen I had my first barn job. I mucked stalls, cleaned tack and walked sweaty school horses in endless laps around countless rings for hours a day in exchange for a one-hour weekly lesson. Silver spoon background, I had not: no wealthy parents fostered my passion. I’ll never forget my disbelief at that last job witnessing the Olympic finals teenage rider who’d worn out her show pony throw her engraved sterling silver spurs to the ring gravel as she pulled off her boots, and another throw a helmet that cost as much as a month of lessons. That is, would cost if I, my working single-mother self could’ve afforded them. No, I earned this.

In adulthood, I managed barns, training horses in exchange for board for my own. Motherhood had its own price, and to keep horses in my life required labor expenditure on my part. The difference was that commensurate with my skills came responsibility and respect. I was a self-made equestrian; I had an interesting lifestyle offering stability to my two children because I had no familial or monetary support – even court-ordered child support was held withheld from us by a mad world… but I had horses. Whether my own or others’, I was their keeper, caregiver and sometimes, their last friend. For man has a cruel hand with animals, and most humans refuse to acknowledge how heartless they themselves can be.

With my children grown, my immersion into the horse world increased. I began managing show barns, eventing, dressage, Lexington Cup, then working for Olympic level riders, caring for their million dollar horses. With wealth seemed even greater disregard. Often, I was closer to the horses than their owners.

At that last barn in 2007 was a horse named Felicity. A prematurely aged, emaciated mare; outgrown by the owner’s daughters, then leased for show like a rental car. She had literally run her heart out; they call it broken wind. Labored breath and imbalanced step was her existence. I wondered why they didn’t euthanize her, as I gave her the daily injections they kept her alive with, her suffering made worse by lack of touch. The owners wouldn’t touch her. Money was their love.

One Summer evening, as I arrived to turn out the heat-of-day-stalled equine athletes for their one hour of turnout while I cleaned their stalls, I knew it was Felicity’s time to go. Arriving there after my day job in the hour that ushers twilight in, I went to her stall first and found her chest against the wall, her throttled neck hanging in dead weight over the window ledge, with labored breath and fear in her eyes. “We’re getting spinner rims on our rigs. We can’t come. The vet’s going to put her down in the morning”, one of the owners said when I called.

They were going to let her die alone and didn’t even leave me a note.

Putting my cellphone back my pocket, with all my strength of body and will I lifted her head back out of the window, wrapping myself under her neck. We aren’t supposed to do this, they can crush us if we fall. I supported her all the way to the field gate, reluctantly leaving her standing there as I went to turn out the other four horses. I heard Felicity hit the ground from two barns and an indoor ring away. Grabbing a horse blanket, I ran. A velvet mist coated the dusk, and my eyes caught her silhouette at center of the fenceline at the west edge of the field. Experience had taught me to pad their heads against the ground lest in the throes of death their eyes are gouged out. I kept that blanket under her head and went around in circles with her as her flailing hooves sought one last hold and she gasped for air, eyes seeing beyond wild. She was not going to let life go.

A soft rain began to fall, and without thinking, I remembered asking the owners if she had ever had babies, and was told she’d had one stillborn foal, and was never bred again. Risking safety, I grabbed her head between my hands. Her lips were pulled back as she gnashed her teeth and it was dangerous, her hooves striking in all directions in wild last extensions, running from the end. “Felicity! Felicity! Listen to me, Felicity! Your baby’s out there, do you see her? She’s in the grass; she’s waiting for you to go nurse her. Go to her, go nurse your baby, Felicity!” My hands on each side of her cheeks, I pulled her gaze to where I was looking into the sunset mist and I saw her baby on the green grass waiting in the rain, looking toward her mommy. I did, and she did too. Her neck arched, and her lips curled back in a death rattle froth of foam for what seemed like forever. I held her face looking into her eyes and I saw not death, but Life. I saw her run to her baby in the green grass in the rain. I saw beyond an ending to the eternity waiting before us. Felicity helped me to see.

1. Intense happiness.
Example sentences:
‘What he’s talking about – as always – is how to lead a good and therefore happy life; he loved productivity and valued felicity.’
‘In this respect they work as much in favor of happiness in this world as of felicity in the next.’
‘We suspect felicity is not likely to accompany a sense of entitlement, which arises from a sullen sense that not only are things not improving but that that is because we have no control – the world does not appreciate our true worth.’
‘For such a person, felicity after death could be higher than felicity before death. But felicity is, in the end, something to be sought.’
‘All we have to do is speak our preferences plainly and a whole new world of mutual felicity should arise.’

2. The ability to find appropriate expression for one’s thoughts.
Example sentences:
‘He exposed the kernel of the matter with his elegance and felicity of expression, and audacities of phrase struck him as grotesque monstrosities, where everything was absurd, unreal, and impossible.’
‘An original thinker always alertly attuned to contemporary culture, he was admired for his intellectual style and the felicity with which he expressed his ideas.’
‘Authentic humans draw on experience and felicity of expression, courage and uncompromising values to become witnesses to truth.’

Synonyms:
Eloquence, aptness, appropriateness, appropriacy, suitability, suitableness, applicability, fitness, relevance, pertinence, correctness, rightness
Example sentences:
‘I have wondered, for instance, whether it is more a sense of brushstroke rather than verbal felicity that makes for some of the most arresting words and imagery in the arts.’
‘It has been admired for ‘its simplicity, its dignity, its power, its happy turns of expression the music of its cadences, and the felicities of its rhythm.’
‘Innocent jokes depend upon verbal felicities, puns, play upon words, combining incongruous words, oscillating between occasional felicities amidst triviality.’ 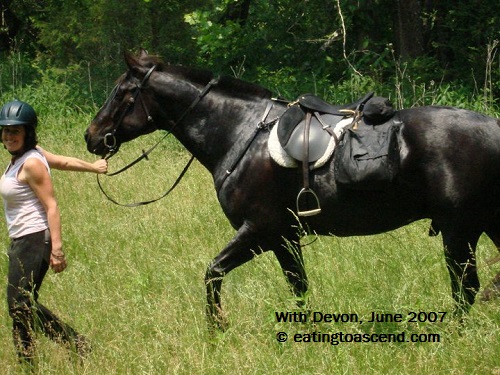