Tweet Tweet is the secondary post, the primary is below, which makes this tertiary! And I have added the link to the study itself. I know Aug Tellez doesn’t mind my sharing his post: we are all waymaking for the journey Home.

The University of Exeter conducted a study entitled Doses of Neighborhood Nature: The Benefits for Mental Health of Living with Nature (link), and according to this study, people living in neighborhoods with more birds, shrubs, and trees are less likely to suffer from depression, anxiety and stress.

The study conducted at the University of Exeter, involving hundreds of people, found benefits for mental health of being able to see birds, shrubs and trees around the home, whether people lived in urban or more leafy suburban neighborhoods.
The study, which surveyed mental health in over 270 people from different ages, incomes and ethnicities, also found that those who spent less time out of doors than usual in the previous week were more likely to report they were anxious or depressed.
After conducting extensive surveys of the number of birds in the morning and afternoon in Milton Keynes, Bedford, and Luton, the study found that lower levels of depression, anxiety and stress were associated with the number of birds people could see in the afternoon. The academics studied afternoon bird numbers – which tend to be lower than birds generally seen in the morning – because are more in keeping with the number of birds that people are likely to see in their neighborhood on a daily basis. Here’s where the blogpost getting this study news out is: https://secretsofvitality.blogspot.com/2018/03/watching-birds-near-your-home-is-good.html
As a lifelong small farmer, gardener, naturist and equestrian, who raised heritage (and not-so!) chickens and geese, I can attest to the fact that there is a ‘Zen’ to having feathered friends around. I often imagine the antidiluvian roots of their ancestral progenitors who interacted with our species when we were ourselves (humans) so young as a race of biophysically incarnate beings. Why do we love birds so? Why do angels have wings? We have learned now that EBEs are capable of time travel based on thought – and so are we, through the scalar heart fields of our DNA. I blogged about that here in my post called BREATH OF LIFE and about the heart energy here in the post called The Hard Proven Science Behind Heart Intention.
When my daughter-in-law Nichole was murdered by the Illuminati elite Sackler family’s fentanyl drug and I could not attend her memorial service, I focused my heart intention of spreading out my angel wings of love over the building the service was held in, and the home of the wake afterward, and also my wings and my heart held space and love for every person there, beginning with my granddaughter, and Nichole’s twin sister. I felt the love at work. I felt its force. At the end of the night, I saw an orb in my room after blowing out my vigil candle set up. It is just about the same shape and size as the orb I shared with my readers here in a previous post, the video clip of a Dad Named Joe (now removed).
I believe that the Almighty God who created us has allowed us to intuit the force of what we love and are drawn to with birds and within our own heart language we are preternaturally drawn to this evidence of The Divine that is all around us.

Psalm 84:3 “Yea, the sparrow hath found an house, and the swallow a nest for herself, where she may lay her young, even thine altars, O Lord of hosts, my King, and my God.”
Luke 12:7” But even the very hairs of your head are all numbered. Fear not therefore: ye are of more value than many sparrows.”
Through these three verses we can understand why birdwatching is “good for us”. Yes, we know it takes our mind off immediate worries, is pleasant, and birds are a joy to watch return daily to whatever setup we make for them (or witness they created). Much more than this, though, is told in this story.
We are not insignificant, even as we are one of countless souls having incarnated here on earth.
Birds makes no plans, own nothing, yet have homes, and the altar is where want of proof of what is unseen, a human need only, is sacrificed. Birds naturally live in the ethereal, the realm we came from and the REAL reality. What we see and think we need is the illusion.
He does not lie. “Even the very hairs of our head are all numbered.” As are birds feathers: each swallow.
Swallow THAT.

The Hanging Pillar of Lepakshi temple in India defies understanding in today’s architectural terms. The legend gives the town a significant place in the Ramayana — this was where the bird Jatayu fell, wounded after a futile battle against Ravana who was carrying away Sita. When Sri Rama reached the spot, he saw the bird and said compassionately, “Le Pakshi” — ‘rise, bird’ in Telugu. Later, a colossal rock in a village in Kerala, known as ‘Jatayu Rock’, where the largest bird sculpture in the world is built, is believed to be the sacred spot where the mythical bird Jatayu fell when Ravana chopped off its wings. 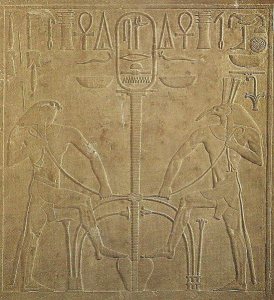 Birds are very significant spiritually. And I do not necessarily mean that, in their original incarnations, they were spirits we should look to for guidance. Remember that, in the history we decipher, discern and decode, what came to be known as the Egyptian, Sumerian and Mesopotamian cultures show us that there were dieties with heads of birds.  That ~suddenly~ the Egyptian culture appeared on earth, full of knowledge and technologies we cannot reproduce, and some we reverse-engineer. Their dieties (pharaohs) taught people the arts all things. We know too that the fallen angels are responsible for miscegenation of species. So I just want to be sure to clarify this point: birds are spiritually significant for many reasons – not all fluff and roses. 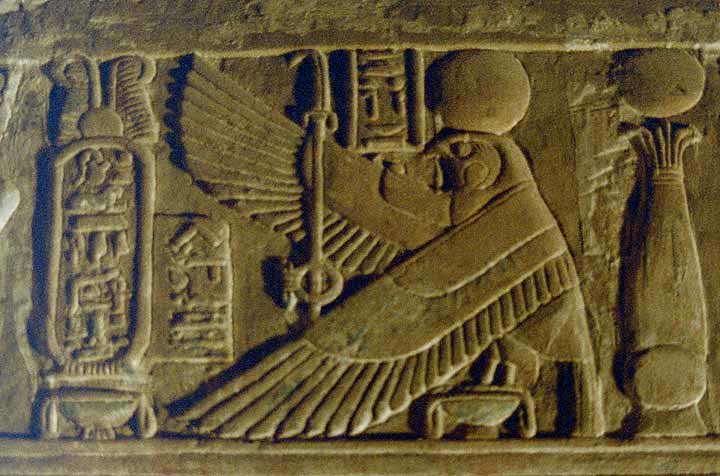 We must remember the mystery that we are spiritual beings trapped in meat suits and the temple of God is within us. The fact of this became so occluded and occulted by the interdimensional parasites who are the nephilim fallen angel Freemason elite Illuminati 501c3 church and government-is-witchcraft that the Most High literally sent a human sacrifice in the form of His Son the Word to TELL us.
But proof is all around. Don’t be confused. Watch the birds.
In one of the earliest recorded texts guarded over the ages and recorded thousands of years before the Canonized bible, the Torah, Talmud or Targum it is written after God made man: “Now, you are even as I, except you sleep there enclosed in matter in the Kingdom of Illusion, while I dwell here in the freedom of Reality and Truth. It is not for Me to come down to you, but for you to reach out to Me.” Kolbrin CRT:2:13
Now do you get the meat suit thing???
So please, notice the birds. Make them a part of your joy in this time of transitioning dimensions and the shift we are in. We are persecuted for being truthers, relentlessly distracted and waylaid, and the 5G and 6G rollout and the SpaceFence / SkyNet is in place. Watching the birds, knowing we are each invaluably counted, and that we are the wheat amongst the tares here, helps keep our vibration high. We can fly past those millimeter waves in this Tartar Empire! Praise!
P.S. I have to add this, film nerd that I am… Hitchcock’s “The Birds” was made by Hollywood to tarnish this truth through its predictive programming as Hollywood does. And that Robin Hood-esque pirate Jack Sparrow… #justsaying