Man is a star bound to a body,
until in the end,
he is freed through his strife.
Only by struggle and toiling thy
utmost shall the star within thee
bloom out in new life.
He who knows the commencement of all things,
free is his star from the realm of night. 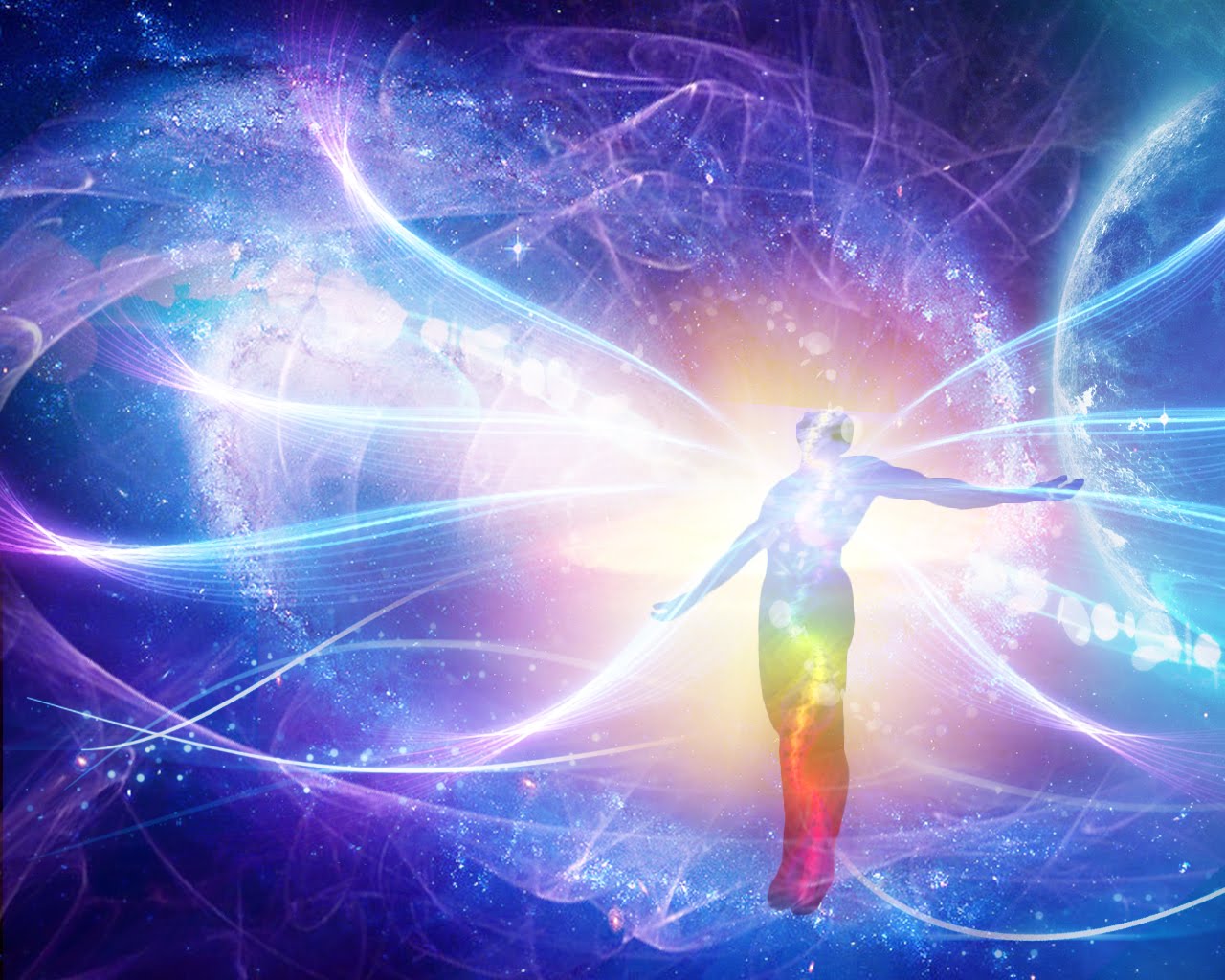 The verse above is from the Third Tablet Of Thoth, the Key of Wisdom, written approximately 36,000 years ago, and revealed to the public in 1929. Prior to that, the Emerald Books Of Thoth were kept over aeons by the priests of the Great Pyramids Of Egypt. There remains a book as yet undisclosed, as its knowledge contained is too much for this age. At a certain time, GOD YHWH The Most High will allow its revealing, just as is being done with the knowledge given us now, a time like no other before.

Our earthly mission, therefore, is to reach our untethered-to-flesh freedom by eschewing physical lusts and desires and attachments of need and consumption. Through meditation and study of the Divine words of Truth, physical fasting, detoxing and deparasitizing, through being good, and through our service to others and Right Living we can achieve our Father God’s provenance of being The Elect.

All aspects of prophecy, signs, portents and wonders are taking place around us in this realm, and the time of Ascension approaches. Please consider each day a heavenly gift of opportunity to reunite with Source!

Here is the full passage from The Emerald Tablets Of Thoth: Tablet III, The Key Of Wisdom:

I, Thoth, the Atlantean,
give of my wisdom,
give of my knowledge,
give of my power.
Freely I give to the children of men.
Give that they, too, might have wisdom
to shine through the world from the veil of the night.

Wisdom is power and power is wisdom,
one with each other, perfecting the whole.

Be thou not proud, O man, in thy wisdom.
Discourse with the ignorant as well as the wise.
If one comes to thee full of knowledge,
listen and heed, for wisdom is all.

Keep thou not silent when evil is spoken for Truth
like the sunlight shines above all.
He who over-steppeth the Law shall be punished,
for only through Law comes the freedom of men.
Cause thou not fear for fear is a bondage,
a fetter that binds the darkness to men.

Follow thine heart during thy lifetime.
Do thou more than is commanded of thee.
When thou hast gained riches,
follow thou thine heart,
for all these are of no avail if
thine heart be weary.
Diminish thou not the time of
following thine heart.
It is abhorred of the soul.

They that are guided go not astray,
but they that are lost cannot find a straight path.
If thou go among men, make for thyself,
Love, the beginning and end of the heart.

If one cometh unto thee for council,
let him speak freely,
that the thing for which he hath
come to thee may be done.
If he hesitates to open his heart to thee,
it is because thou, the judge, doeth the wrong.

Repeat thou not extravagant speech,
neither listen thou to it,
for it is the utterance of one
not in equilibrium.
Speak thou not of it,
so that he before thee may know wisdom.

Silence is of great profit.
An abundance of speech profiteth nothing.
Exalt not thine heart above the children of men,
lest it be brought lower than the dust.

If thou be great among men,
be honoured for knowledge and gentleness.
If thou seeketh to know the nature of a friend,
ask not his companion,
but pass a time alone with him.
Debate with him,
testing his heart by his words and his bearing.

That which goeth into the store-house must come forth,
and the things that are thine must be shared with a friend.

Knowledge is regarded by the fool as ignorance,
and the things that are profitable are to him hurtful.
He liveth in death.
It is therefore his food.

Mysteries there are in the Cosmos
that unveiled fill the world with their light.
Let he who would be free from the bonds of darkness
first divine the material from the immaterial,
the fire from the earth;
for know ye that as earth descends to earth,
so also fire ascends unto
fire and becomes one with fire.
He who knows the fire that is within
himself shall ascend unto the eternal fire
and dwell in it eternally.

Fire, the inner fire,
is the most potent of all force,
for it overcomethall things and
penetrates to all things of the Earth.
Man supports himself only on that which resists.
So Earth must resist man else he existeth not.

All eyes do not see with the same vision,
for to one an object appears of
one form and colour
and to a different eye of another.
So also the infinite fire,
changing from colour to colour,
is never the same from day to day.

Into men’s hearts, I looked by my wisdom,
found them not free from the bondage of strife.
Free from the toils, thy fire, O my brother,
lest it be buried in the shadow of night!

Hark ye, O man, and list to this wisdom:
where do name and form cease?
Only in consciousness, invisible,
an infinite force of radiance bright.
The forms that ye create by brightening
they vision are truly effects that follow thy cause.

Man is a star bound to a body,
until in the end,
he is freed through his strife.
Only by struggle and toiling thy
utmost shall the star within thee
bloom out in new life.
He who knows the commencement of all things,
free is his star from the realm of night.

Remember, O man, that all which exists
is only another form of that which exists not.
Everything that has being is passing into yet other
being and thou thyself are not an exception.

Consider the Law, for all is Law.
Seek not that which is not of the Law,
for such exists only in the illusions of the senses.
Wisdom cometh to all her children
even as they cometh unto wisdom.

All through the ages,
the light has been hidden.
Awake, O man, and be wise.

Deep in the mysteries of life have I traveled,
seeking and searching for that which is hidden.

List ye, O man, and be wise.
Far ‘neath the earth crust,
in the Halls of Amenti,
mysteries I saw that are hidden from men.

Oft have I journeyed the deep hidden passage,
looked on the Light that is Life among men.
There ‘neath the flowers of Life ever living,
searched I the hearts and the secrets of men.
Found I that man is but living in darkness,
light of the great fire is hidden within.

Before the Lords of hidden Amenti
learned I the wisdom I give unto men.

Masters are they of the great Secret Wisdom,
brought from the future of infinity’s end.
Seven are they, the Lords of Amenti,
overlords they of the Children of Morning,
Suns of the cycles, Masters of Wisdom.

Formed are not they as the children of men?
THREE, FOUR, FIVE AND SIX, SEVEN,
EIGHT, NINE are the titles of the Masters of men.

Far from the future, formless yet forming,
came they as teachers for the children of men.
Live they forever, yet not of the living,
bound not to life and yet free from death.

Rule they forever with infinite wisdom,
bound yet not bound to the dark Halls of Death.
Life they have in them, yet life that is not life,
free from all are the Lords of the ALL.

Forth from them came forth the Logos,
instruments they of the power o’er all.
Vast is their countenance,
yet hidden in smallness,
formed by a forming, known yet unknown.

FIVE is the master, the Lord of all magic –
Key to The Word that resounds among men.

SIX is the Lord of Light, the hidden pathway,
path of the souls of the children of men.

SEVEN is he who is Lord of the vastness,
master of Space and the key of the Times.

EIGHT is he who orders the progress;
weighs and balances the journey of men.

NINE is the father, vast he of countenance,
forming and changing from out of the formless.

Meditate on the symbols I give thee.
Keys are they, though hidden from men.

Reach ever upward, O Soul of the morning.
Turn thy thoughts upward to Light and to Life.
Find in the keys of the numbers I bring thee,
light on the pathway from life unto life.

Seek ye with wisdom.
Turn thy thoughts inward.
Close not thy mind to the flower of Light.

Place in thy body a thought-formed picture.
Think of the numbers that lead thee to Life.

Clear is the pathway to he who has wisdom.
Open the door to the Kingdom of Light.

Pour forth thy flame as a Sun of the morning.
Shut out the darkness and live in the day.

Take thee, O man! As part of thy being,
the Seven who are but are not as they seem.
Opened, O man! Have I my wisdom.
Follow the path in the way I have led.

Masters of Wisdom,
SUN of the MORNING LIGHT and LIFE
to the children of men.

[By the looks of the tags, this article was hacked at some point.]